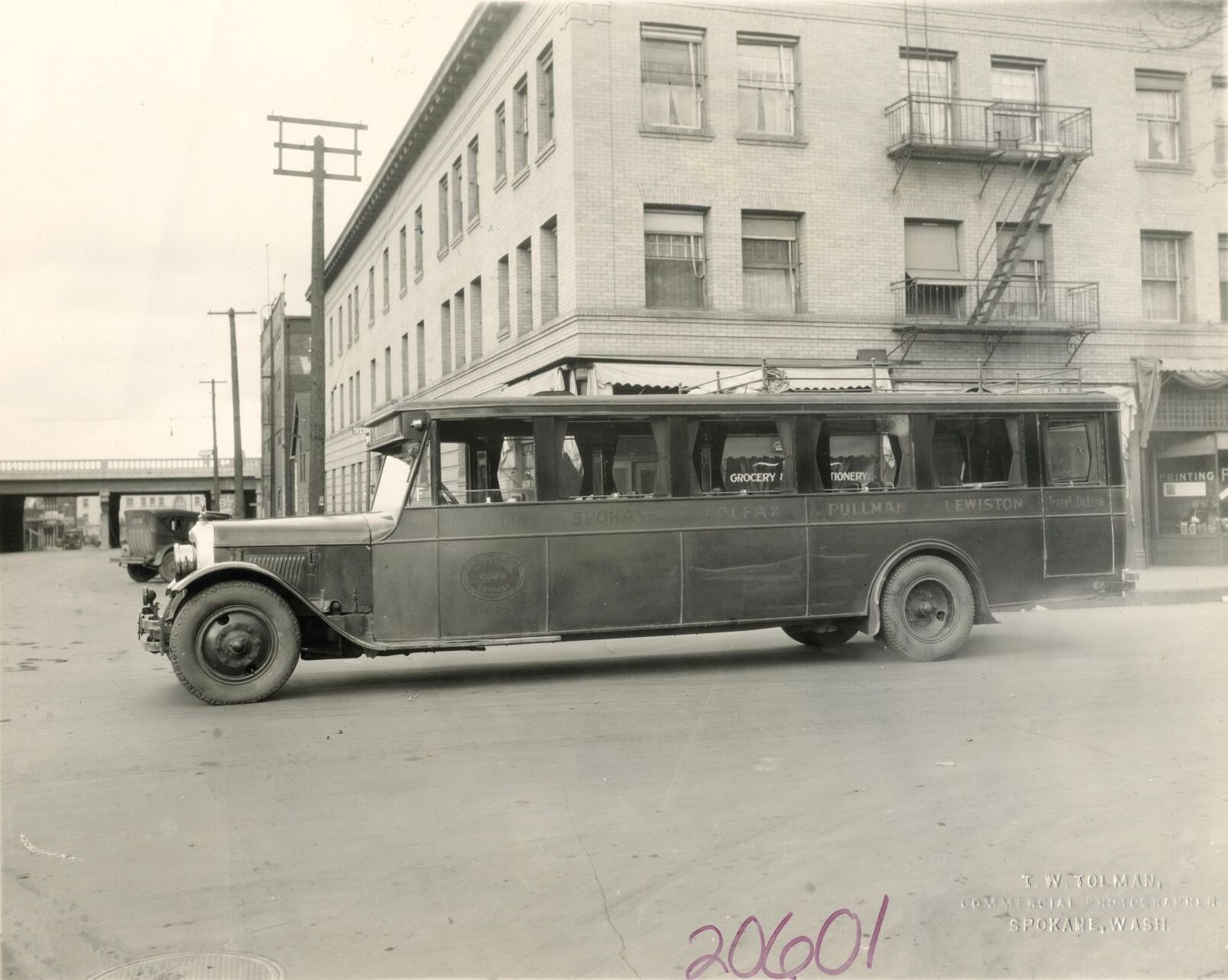 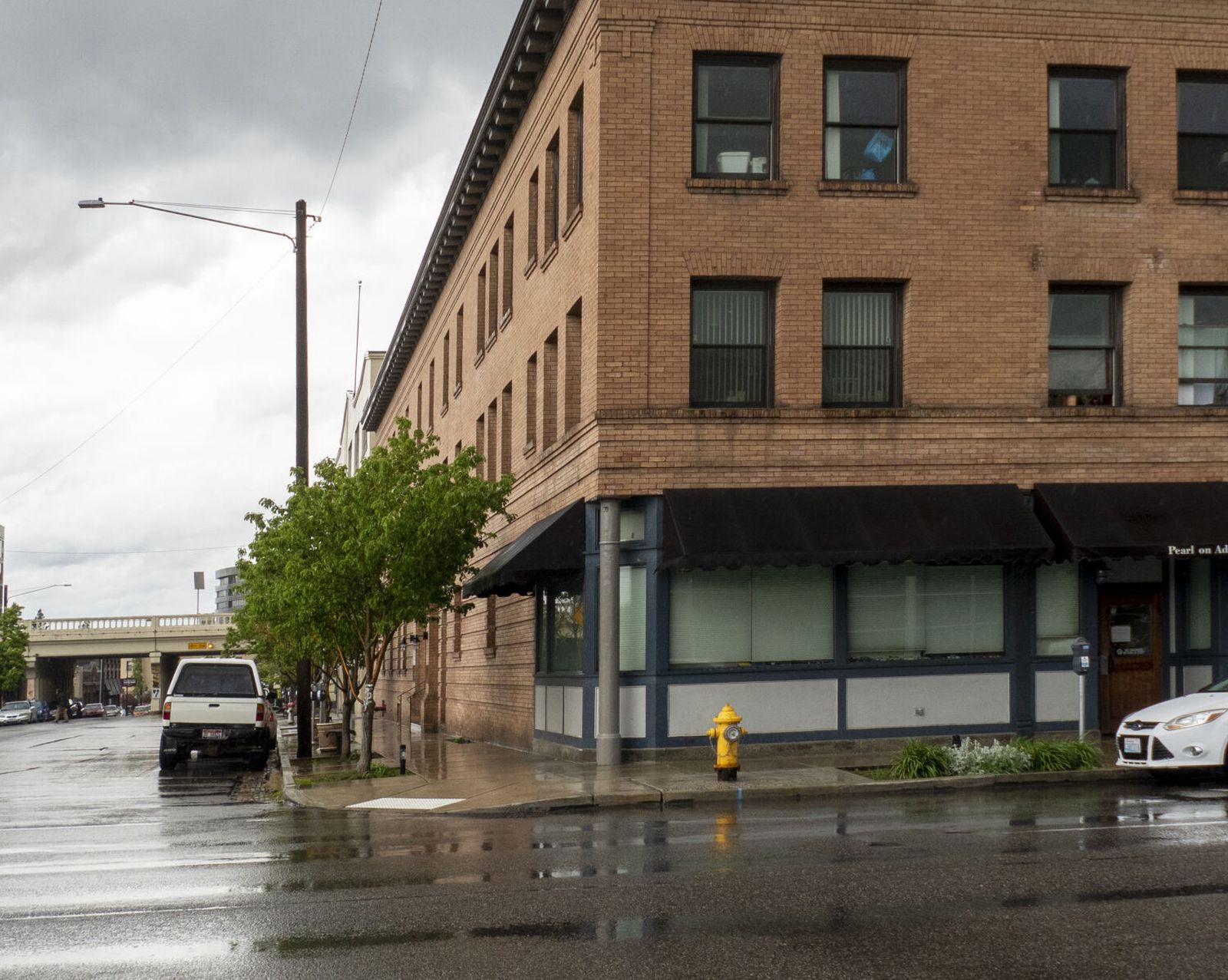 Then and Now: Interstate Coach Company

William C. Nichols was only 46 years old when he died in 1929 of kidney disease. But in his 20 years in Spokane, he changed the way people traveled around town and the region.

In the early 1920s, there were many changes in the technology of transportation. Urban street cars and slow regional trains still carried most travelers because only a few people could afford a personal auto. Gasoline engines were getting more reliable and powerful. Buses – still called “stages” in that era – with better suspensions and coachwork made long -distance travel more comfortable.

Nichols, born in Pine Island, Minnesota, around 1883, incorporated the 500 Taxicab Co.mpany in Spokane circa around1916. Nichols successfully merged with three other taxi companies and he reorganized his business as the Spokane Yellow Cab Company in 1922. In 1923, he added 10 new taxicabs to his company. Nichols told the Spokane Daily Chronicle that the new cars were “equipped with rubber shock insulators, tires on disc wheels” and “genuine Spanish leather” upholstery.

Yellow Cab, already a well-known national brand, would later sue Nichols for using the name and distinctive color on the cars.

Nichols also had plans for regional transportation. He bought a few simple buses of the era and petitioned the state Department of Public Works for a permit to run a Pullman-Spokane bus service. Before a hearing officer in May of 1923, attorneys for Nichols’ company, the Interstate Coach Company, argued that his proposed Spokane to Pullman bus services was a necessity. The mayor of Pullman and other businessmen testified that a bus service allowing people to get to Pullman and back in a single day would be “desirous.”

Opposing the plan were representatives of the Inland Railway Company, the Northern Pacific and O.W.R.&N. Railroad attorneys argued that, except for a few small towns, the region was already well-served by the railroads and that the heavy buses would damage the county roads.

Nichols got his approval. In 1924, the company began running four round trips a day, which were eventually extended to Lewiston, Idaho.

Nichols sold his 18-bus fleet and his taxi company shortly before he died.