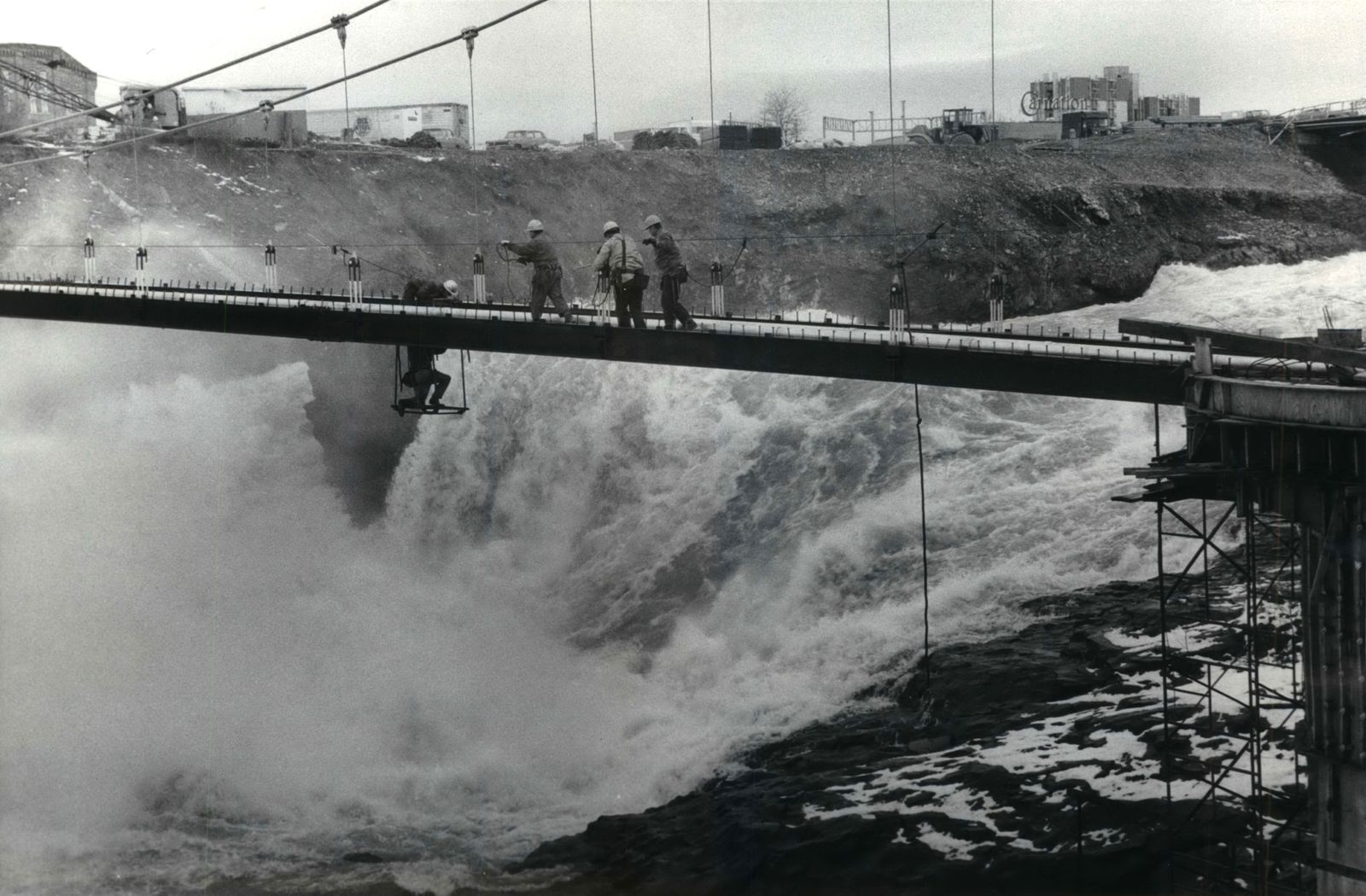 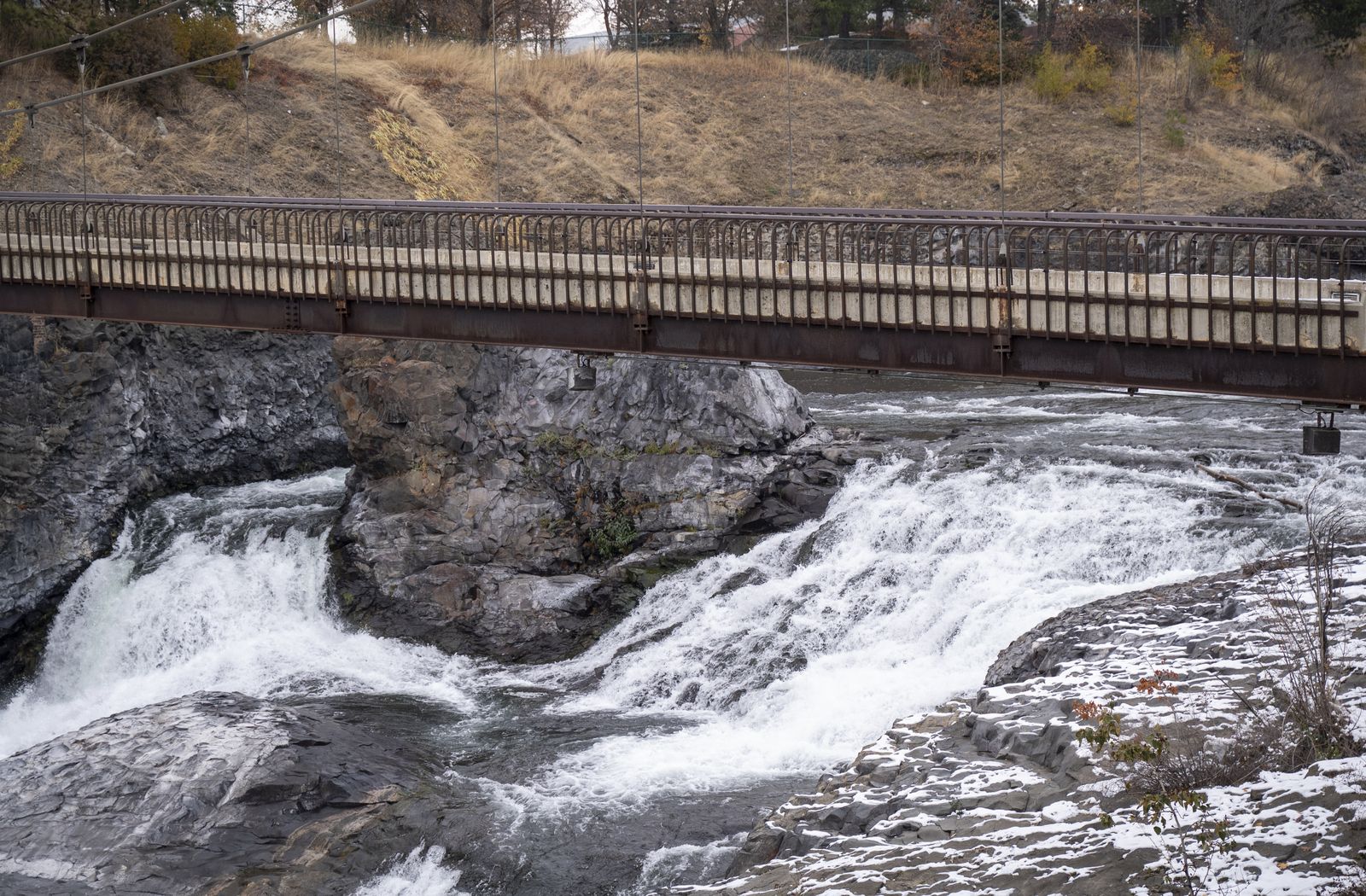 Then and Now: Expo '74 suspension bridges

Spokane’s world’s fair in 1974 was created to remove the railroads from the riverfront area and show the beauty of the Spokane River to the millions who visited Expo ’74 in the summer of that year. And the landscape architects had a challenge moving the crowds around more than 100 acres of fairgrounds.

Along with new trails and greenery, there would be five pedestrian bridges over the river, including the Howard Street bridge, which are still used today. Two of those were the pair of suspension bridges connecting the north and south banks with the smaller midstream island, now called sn̓xʷméneʔ, pronounced sin-HOO-men-huh. For many years, Spokanites had called it Cannon or Crystal Island, and it was renamed Canada Island during the fair because of Canada’s exhibits there. The Salish word meaning “salmon people” was bestowed in 2017 to honor the place as a historical salmon fishing spot for Indigenous tribes. The bridges, designed by engineer John P. Esvelt, became popular spots for Expo visitors on warm spring and summer days, especially the south extension. Visitors would pack the middle of the span to feel the cooling mist rising from the rapids below.

The bridges have been popular attractions in the years since the world’s fair. They were named in The Spokesman-Review in 2017 as one of Spokane’s most romantic spots.

Shortly after Esvelt’s death in 1978, the American Society of Civil Engineers, the Structural Engineers Association and the Central Pre-Mix Concrete Co. placed a cement park bench on the west end of sn̓xʷméneʔ island, where the two suspension bridges meet, in honor of Esvelt.

In April 2019, the north bridge was closed after deteriorating concrete on the bridge deck opened a hole through the deck itself. The parks department looked for  possible sources of funding to pay for the repairs. The north bridge opened in March 2022. The south section is now closed to assess similar deterioration and to find money for those repairs.

Site architect Thomas Adkison, said the Theme Stream and the pedestrian suspension bridges were his favorite features of the world’s fair site that he and others designed.

“The park as originally envisioned was laid out to provide a respite of all people.,” Adkison said.