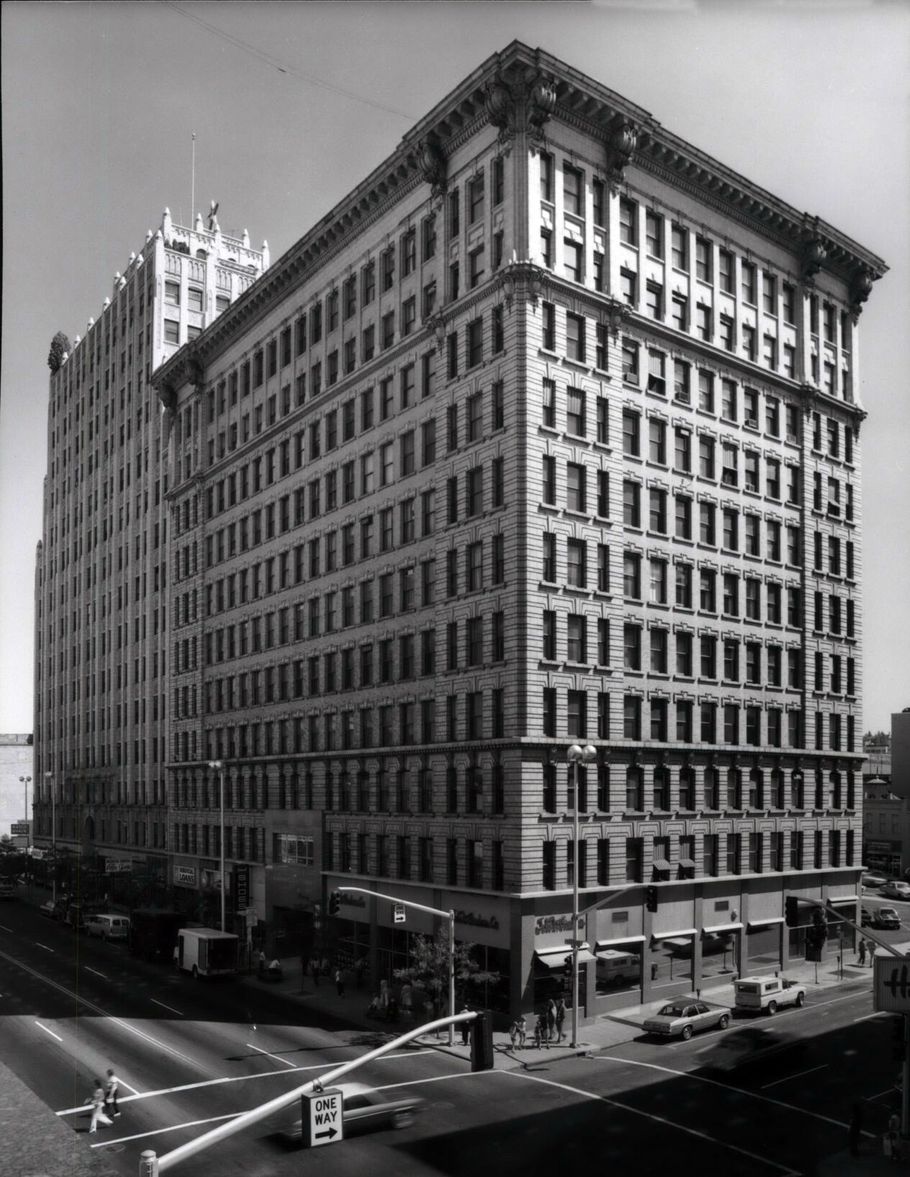 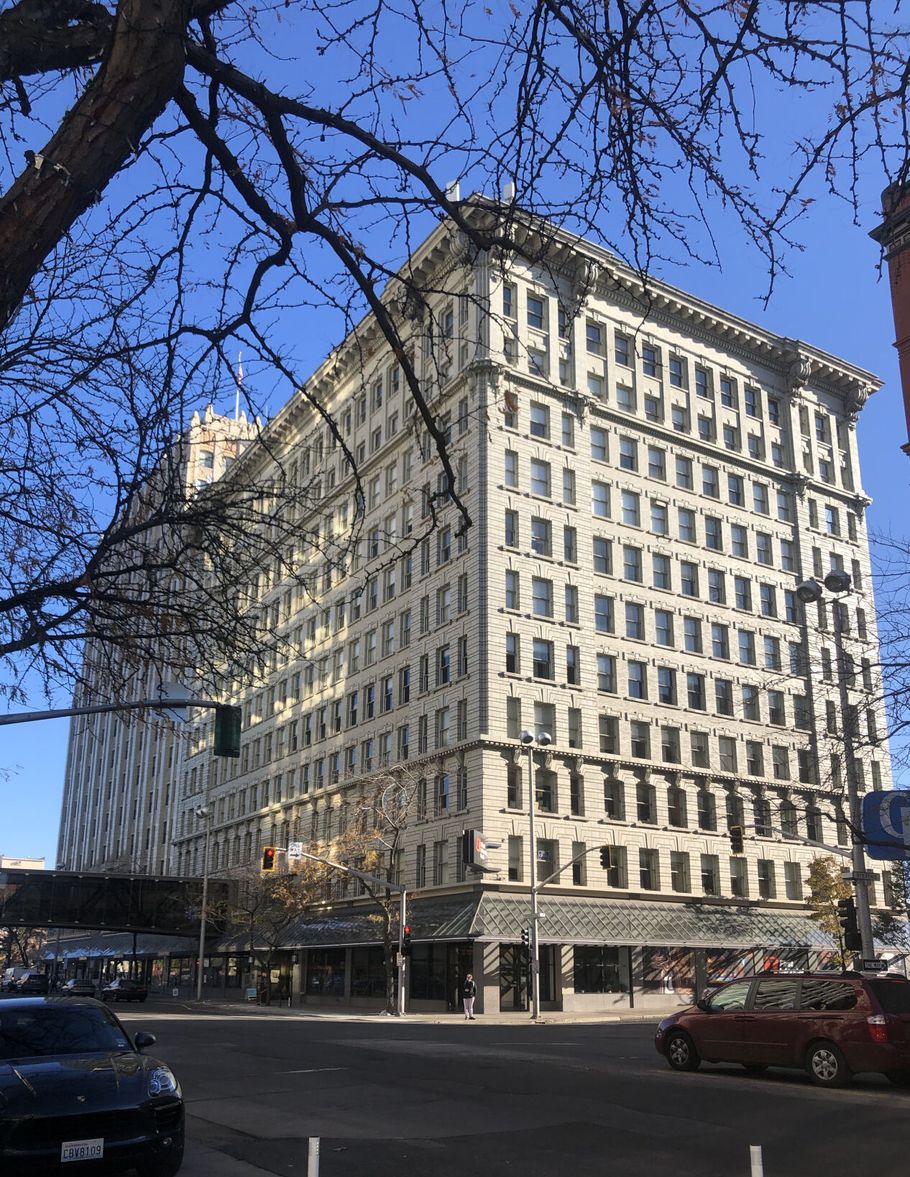 Then and Now: The Paulsen Center

The two dignified buildings make up the Paulsen Center on the 400 block of West Riverside Avenue are named after August Paulsen, a Danish businessman who came to the United States as a 14-year-old stowaway on a ship in 1884. His parents had died when he was very young and he had lived with an uncle.

Once in the United States, he worked his way across the country and arrived in the Spokane region around 1892, settling in Wallace, Idaho, and began working at a job on a dairy. Like a lot of ambitious men in the region, he hoped to somehow strike it rich in the Coeur d’Alene mining district.

After five years working in the Silver Valley, Paulsen saved up and paid $850 for a quarter share in the Hercules Mine, where he joined the other partners working in the mine and digging a 1,500-foot shaft by hand. After more than three years of labor, a rich ore body was uncovered that made every partner very wealthy. According to company records, the mine was soon producing 6% of the nation’s lead and a lot of silver ore. The mine was worked until its closed in 1925.

Paulsen, who had labored for years in his mine, took his millions in newfound wealth to Spokane and began investing and building.

After several years in Spokane, August and wife, Myrtle, built the 11-story August Paulsen Building in 1908 at the corner of Riverside and Stevens. The building, designed by the architectural team of John Dow and Clarence Hubbell, featured an internal steel frame, which allowed for a taller building than had been previously possible.

After finishing the 11-story Paulsen building and filling it with tenants, August Paulsen began planning something even bigger: a 17-story skyscraper with a penthouse apartment for his family. But Paulsen died of a heart attack March 12, 1927, during an asthma attack. It fell to his family and partners to raze the adjacent Granite Block next door and building Paulsen Medical and Dental Building, designed by Gustav Pehrson, which was erected in 1928 and 1929.

The top floor of the new tower was reserved as the Paulsen family home even though the building changed hands after it was built. Helen Paulsen, August’s daughter-in-law, was the last Paulsen to live there until she died in 2009.