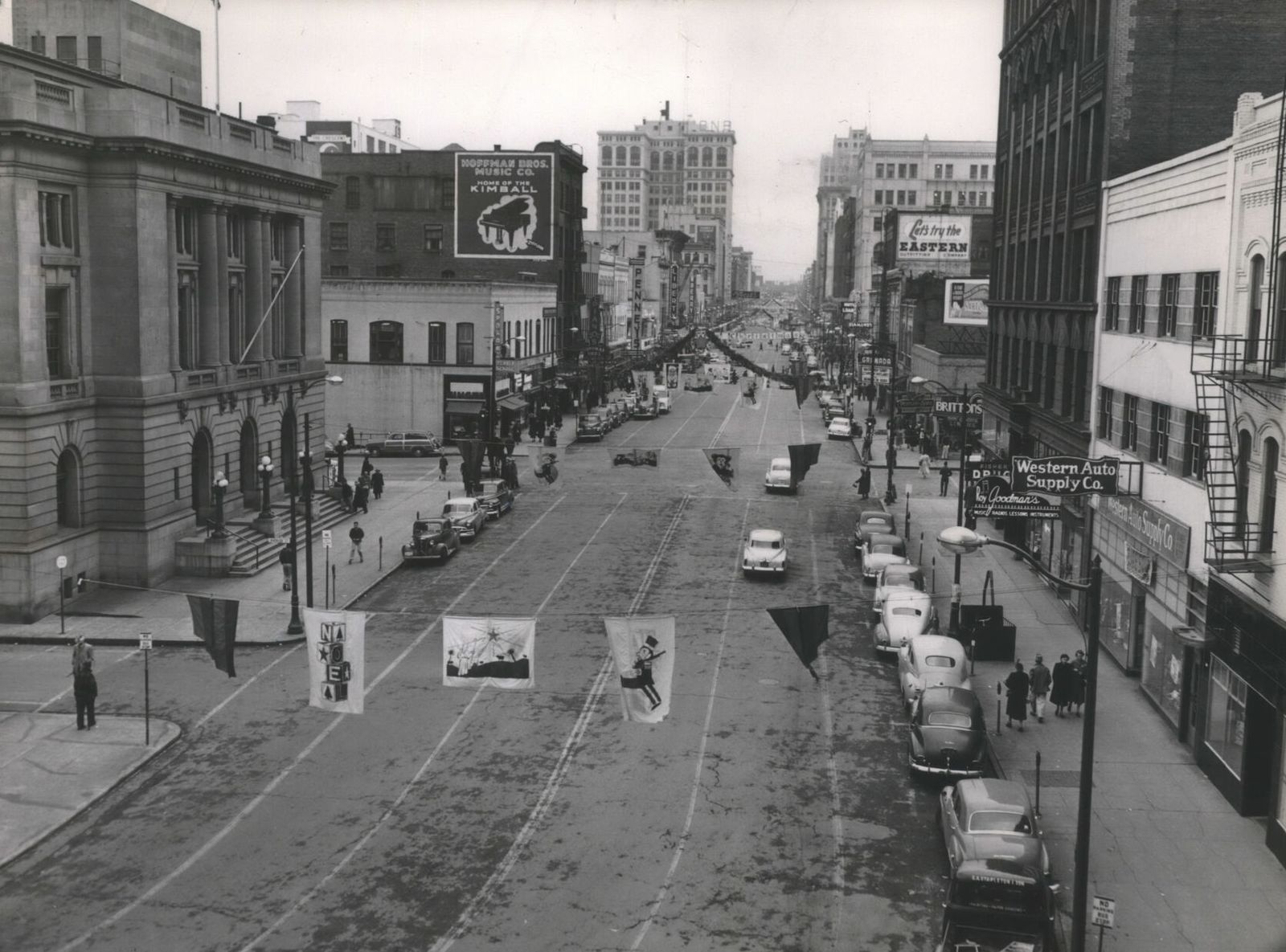 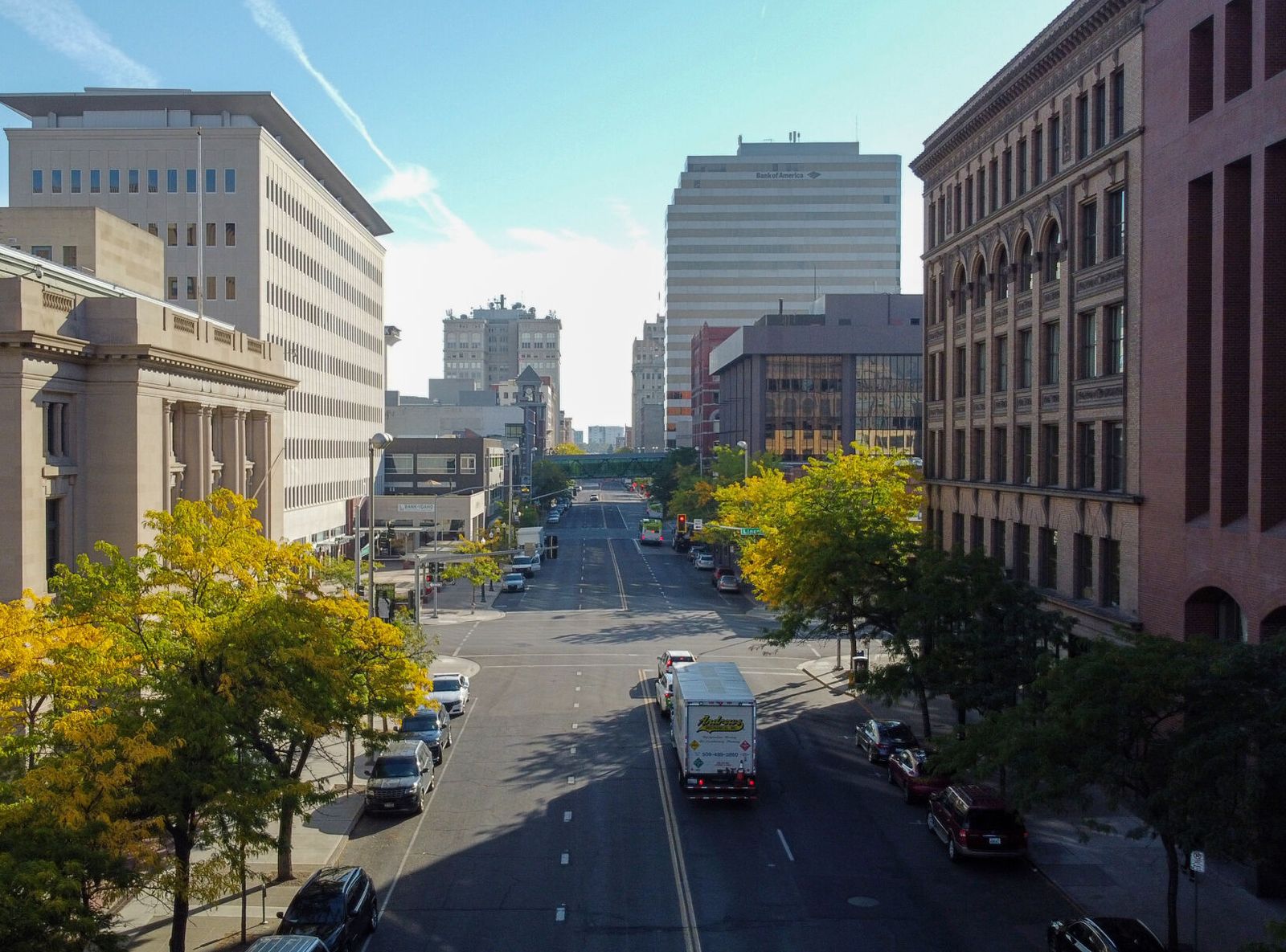 The south side of the 900 block of Riverside Avenue survived the great fire of 1889, which famously spared the curved Crescent building. The Cascade Building, a 50-foot-by-90-foot, three-story building, filled in the space between the Commercial Hotel on the Lincoln Street corner and the Crescent.

It opened in 1890 with Wentworth’s Clothing, Exchange National Bank and Browne & Lindsay Grocers on the ground floor and Spokane Business College on the upper floors. All three tenants were relocating from buildings taken in the fire.

Emil Simon had been a traveling salesman for a Chicago piano dealer since 1871, traveling the frontier west offering his wares wherever the railroads and covered wagons took newcomers.

In 1898, Simon and his wife, Gertrude, settled in Spokane, and he opened his Simon Piano Company, renting a space that eventually stood in the way of Louis Davenport’s new hotel. So in 1910, Simon bought the Cascade Building at 911-915 W.est Riverside and the ground floor became the piano showroom. The Simons also remodeled the upstairs into apartments and lived there. It became known as the Simon Building.

After 20 years on Riverside, and 50 years in the piano business, Simon retired in 1930, handing the business off to Joe Young, one of his employees. The business sold to Roy Goodman in 1934, and he sold musical instruments of all kinds. In the late 1930s, the building was modernized with a plain stucco front and and a split entrance creating offices for lawyers, real estate offices and other tenants.

Ruth Sampson Sheet Music was also in the building from 1931 until 1942, when Sampson moved out so Western Auto Supply Company could move in. Western Auto started as a mail-order auto parts store in Kansas City in 1909 and would grow to thousands of stores with products ranging from hardware, sporting goods, appliances and other categories before going defunct in 2003.

The Western Auto store on Riverside closed in the early 1950s. Some of the businesses that followed were Stark’s Vacuum Cleaner, Clark’s Old Bookstore, and a military recruiting office.

The Simon Building was demolished in the early 1980s to make way for the Spokesman-Review building.