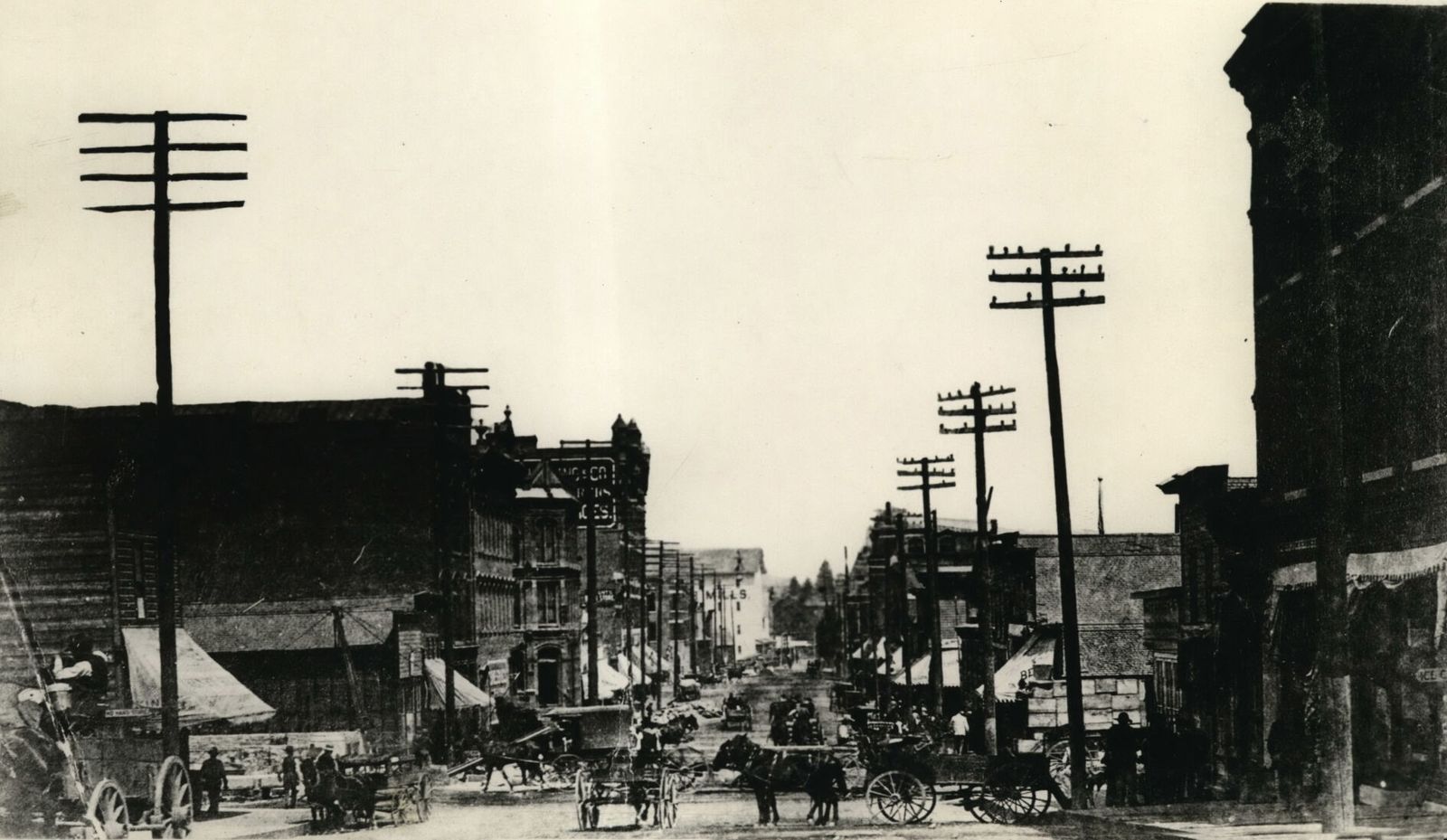 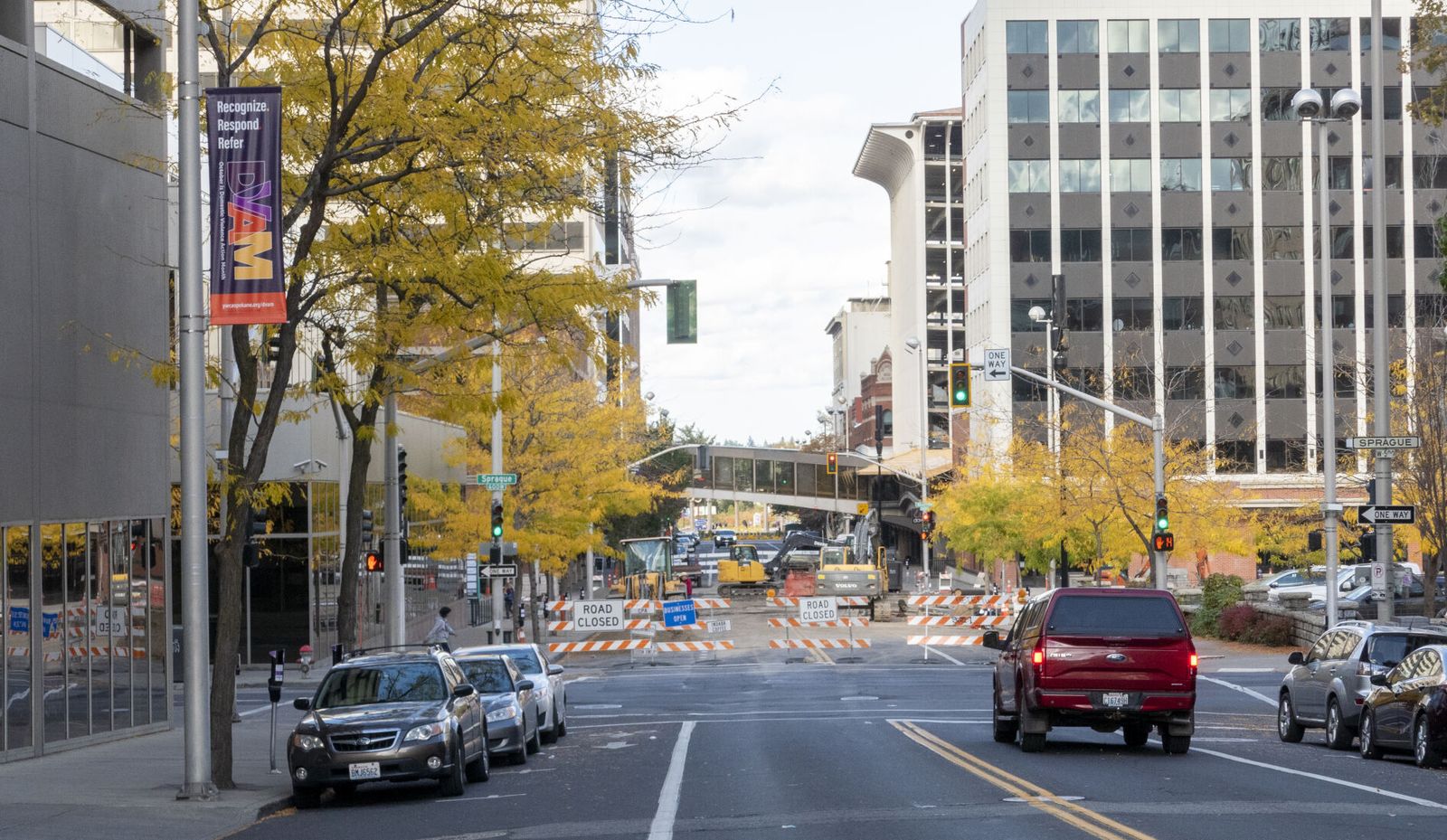 Then and Now: Howard Street

When city founder, James Glover, platted the city, he named the downtown streets after people he respected. Post Street was named for businessman and builder Frederick Post. Sprague Avenue was named for Army Gen. John Wilson Sprague. Stevens Street was named for Washington Territory Gov. Isaac Stevens. Howard Street was named for Gen. Oliver Otis Howard, a career Army officer who had graduated from West Point in 1854 and was a colonel when the Civil War started.

Howard and his unit, part of the Army of the Potomac, saw action at several major battles, including Gettysburg, Bull Run and Antietam. At the Battle of Fair Oaks, Howard was wounded twice in his right arm, and it was eventually amputated. By the end of the war, Howard was a general officer.

As a deeply religious man, he earned the nickname “the Christian General” and considered entering the ministry as a young man. But his public service continued after the war as administrator for the Freedmen’s Bureau, a Reconstruction-era program to integrate freed slaves into society. Howard introduced a program that negotiated a minimum wage for freed slaves if they wanted to stay on the plantations where they had be working before emancipation. There were a variety of welfare programs associated with Reconstruction, of which President Andrew Johnson generally disapproved.

Howard was allied with the Radical Republicans faction in Congress, and freed slaves were given the right to vote.

During the Freedmen’s Bureau work, he also promoted higher education for freed slaves by establishing Howard University, serving as its first president from 1867 to 1873. The university and students faced vandalism and harassment for many decades.

Howard was called back to the battlefield to fight in the Indian Wars in the 1870s in the states of Idaho, Washington, Wyoming and Oregon. He was not as active in the Indian Wars as Gen. George Custer, but he was tasked by Gen. William Tecumseh Sherman with forcing the Wallowa band of the Nez Perce, and others, back onto a reservation. In 1877, Howard pursued Chief Joseph, Looking Glass, and White Bird in a series of battles and skirmishes over five months until a weary Chief Joseph finally surrendered with the words, “I will fight no more forever.”

1888: Looking north down Howard Street from Sprague Avenue shows the hustle and bustle of early Spokane, before the 1889 fire that leveled most of the downtown area. The intersection of Howard Street and Riverside Avenue was the historic center of banking and financial services in early Spokane. Howard Street is named for General O.O. Howard, a Union Army officer who distinguished himself in the Civil War and Reconstruction Era, but who also fought battles against the Nez Perce, mainly in 1877.

2022: Looking north down Howard Street from Sprague Avenue in modern Spokane, road work has closed Howard Street to traffic while the Riverside Avenue traffic layout is revamped and updated. The street's namesake, Gen. Oliver Otis Howard, was the last living Civil War Union Army generals when he passed away in 1909.