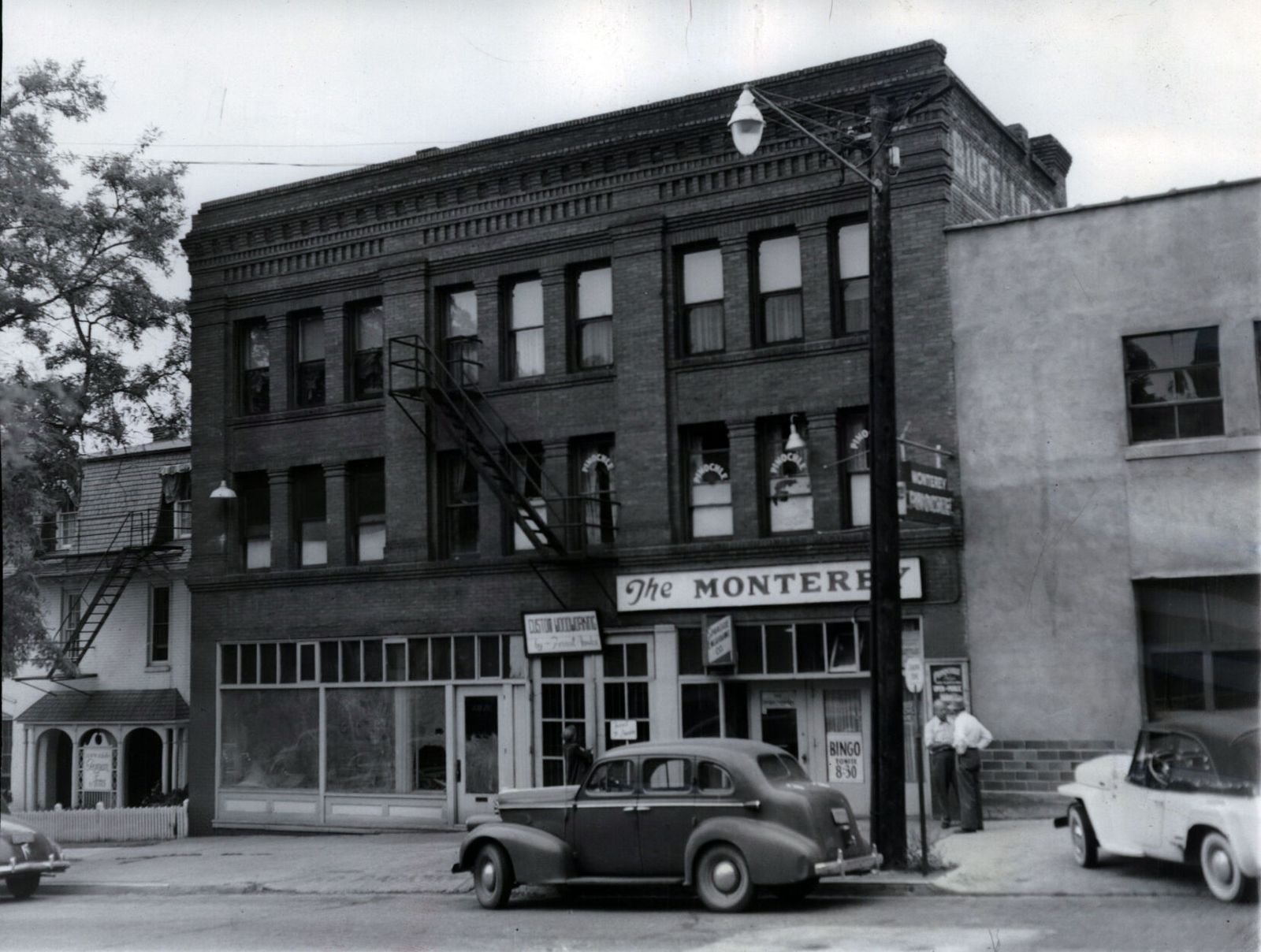 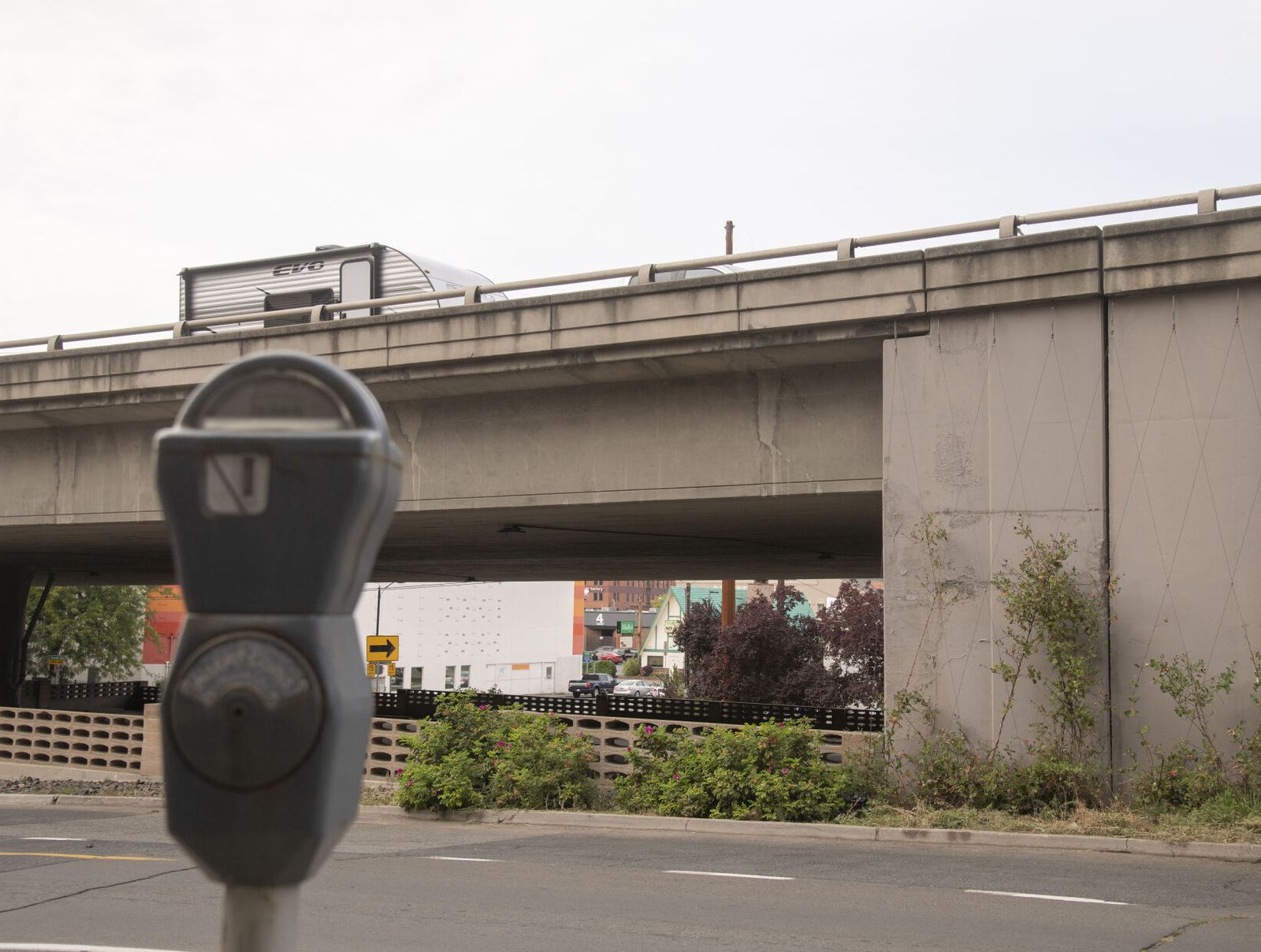 Then and Now: Buffalo building

When the I-90 viaduct was built over Fourth Avenue through downtown Spokane, dozens of buildings were demolished along with their ties to the city’s early years. One of those was the Buffalo building, a three-story brick structure built on Fourth Avenue in 1911 by businessman Clifford Hubbard.

The building’s first tenant was the Neolian Academy of Dancing operated by Frank J. Zoerlin and his wife, who lived in the rented the apartment on the third floor of the building.

Zoerlin, born around 1885, began teaching ballroom dancing with his wife around 1904 in rented spaces around Spokane.

Zoerlin’s school found its home on the second floor of the Buffalo building, which was a 50-foot-by-100-foot polished maple floor with a balcony overlooking the dance hall. The hall got the pretentious name of Temple Terpsichore, a reference to the Greek muse of poetry and dance, commonly associated with ballroom dancing.

The Temple Terpsichore was also a rental space for smaller social clubs and business groups to hold ballroom dance parties. The Electrical Workers Union, who held the annual ball at the Temple Terpsichore, decorated the hall with hundreds of tiny electrical lights that were programmed to flash like a waving flag or to simulate a moonlit night.

Focusing on proper ballroom dancing, Zoerlin told the Spokane Chronicle in 1912 that “no suggestive dances are ever taught, much less allowed by recognized dancing teachers and that no dance not up to standard form was ever permitted.” Sousa marches were popular selections for dancing.

Specifically banned at the time were the Turkey Trot, the Bunny Hug and the Grizzly Bear. The city “dancing code” also forbade all “rags,”, “glides” and any dance where a man places more than one arm around the girl.

After a decade of dance instruction, Zoerlin began working some of the many jobs he held through his life, including as passenger agent for the Milwaukee Road, manager of the Early Birds Club, manager of the Advertising Club, the Retail Trade Bureau, and the Better Business Bureau. After retirement, he moved to Seattle to run the BBB there until 1960, when he was 75.

The social dance craze faded during the Great Depression, and the Buffalo’s dance floor became a roller rink in 1937. The ground floor was a grocery store. Later, it was the Monterey Lunch Room.

The building was torn down around 1963, as the area was being cleared for the I-90 viaduct project.

1940s: During the social dancing heyday of the early 20th century, the three-story Buffalo building, at 816 W. Fourth Ave., was the center of dance parties held by social clubs, business groups and others needing a large dance floor. The dance hall was nicknamed Temple Terpsichore, after the Greek goddess of poetry and dance. When that craze faded, the large maple dance floor on the second floor became a roller rink in 1937. The building was demolished around 1963, part of the effort to clear the area for the new I-90 viaduct being built in the 1960s and early 1970s.

2022: The 1911Buffalo building used to sit at 816 W. Fourth Ave., where the viaduct now carries I-90 through Spokane. The freeway construction claimed many residential buildings, businesses, churches and stores when it was built in the 1960s and early 1970s. The three-story building, focus of ballroom dancing in Spokane in its first couple of decades, was torn down around 1963.