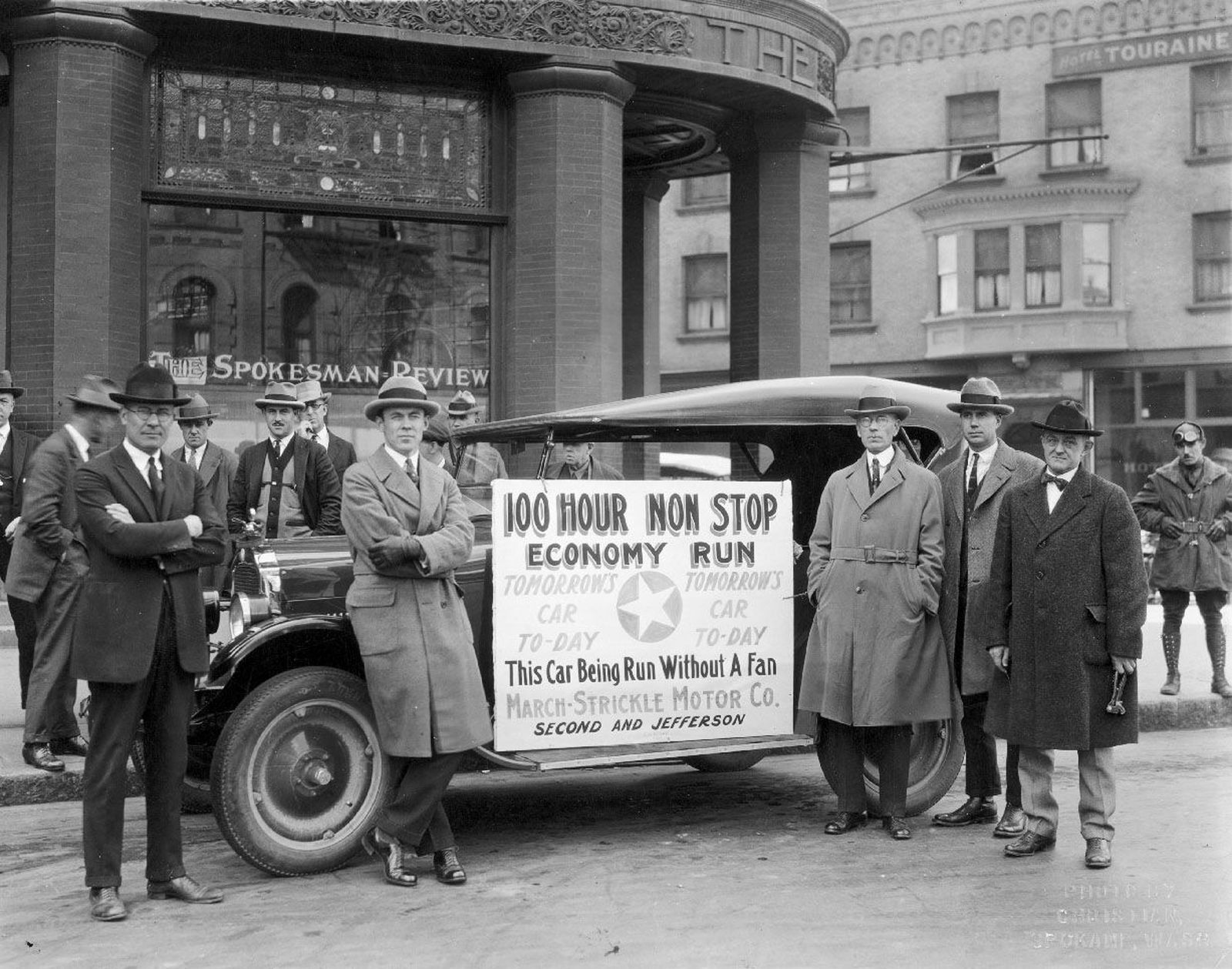 Then and Now: March-Strickle Motor Company

George Keith March was born in Litchfield, Minnesota, around 1868 and was raised in Pierre, South Dakota, where he started in the grocery business and the cattle business. In 1900 he moved to Winnipeg, Canada, and in 1912, he moved to Spokane. He became a partner in the March-Strickle Automotive firm and was on the board of the Old National Bank.

Billy Durant had started his now-legendary career manufacturing buggies and carts, but between 1904 and 1909, Durant had taken over Buick Motor Co., bought Cadillac, Oakland Motor Car (which would eventually be Pontiac), Olds Motor Works, and partnered with Louis Chevrolet to form Chevrolet. Early on, Durant brought his many holdings together under a new company, General Motors Holding Co., around 1908.

The rapid acquisitions got Durant and GM overextended, and Durant was forced out of the company around 1910. But he would use his Chevrolet stock to force his way back into GM and lead the company until 1920, when he was forced out again.

Back in Spokane, March-Strickle Motor Co. had picked up the Durant line of cars and was looking for a way to catch the public’s eye with the Star line of automobiles.

That month, Wells Chevrolet in Spokane announced their own 100-hour, non-stop endurance run.

“We announced faithfully the results obtained, namely: 2,694 miles in the 100 hours, an average of 29.28 to a gallon of gas,” said James Whitelaw, assistant manager of the Wells Chevrolet company.

He added that seven quarts of oil and a quart of water were added during the run.

As for March-Strickle’s 100-hour challenge, they said the Star touring car averaged 40 miles per gallon, and the company claimed that no oil or water was added during the drive.

March left the dealership in 1932 and turned to road contracting. He died in 1941.