Martin Stadium at Washington State University in Pullman, Wash. was called Soldier Field in 1892, then renamed Rogers Field in 1902. Martin Stadium’s additions and improvements have brought the capacity up to almost 40,000. 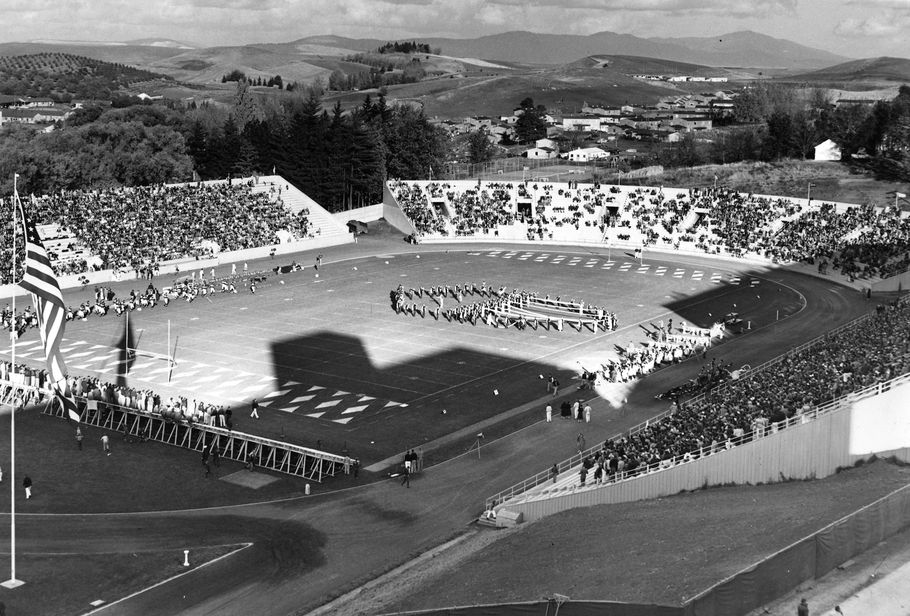 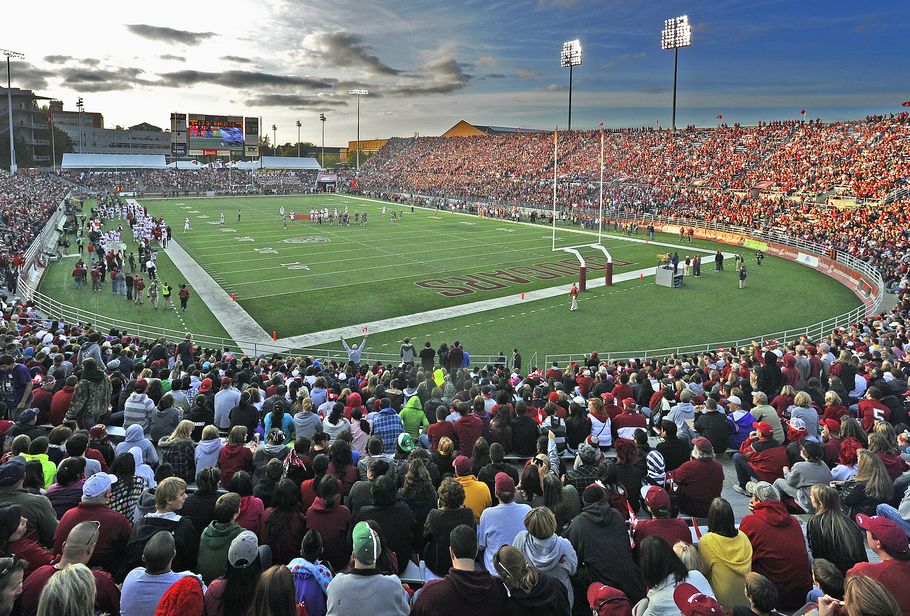 It was called Soldier Field in 1892, then renamed Rogers Field in 1902. Seats at Washington State University’s football venue have always been in demand. In 1970, some of the 1930s-era wooden bleachers were destroyed by fire. Coincidentally, University of Idaho’s Neale Stadium bleachers had burned in 1969 in another suspicious fire. It was a chaotic two years as the Cougars played home games at Joe Albi Stadium and the Idaho Vandals played in the still-damaged Rogers Field. The Vandals played most of their 1971 season in the new open-air Idaho Stadium while WSU was still raising money for theirs. Businessman and UW grade Dan Martin gave $250,000 to the effort and asked that it be named after his father, former Washington governor Clarence D. Martin. The first game in Martin Stadium was Sept. 30, 1972. The Cougars lost to Utah. Construction executive William Kibbie donated $300,000 to Idaho for a dome over their venue in 1975. Martin Stadium’s additions and improvements have brought the capacity up to almost 40,000. Thousands of yards of dirt were removed in 1979, lowering the playing surface 16 feet to improve the view for front row fans.

Recent in Then and Now