There aren't too many days like Monday in the sports world, that's for sure. And thank goodness for that as well. I'm not sure all of us would survive if hit on a daily basis with the sensory overload yesterday supplied. Read on.

• What happened yesterday, you might ask – if you were tucked away in some remote corner of the Canadian Rockies running from a grizzly bear for the past 24 hours. The day began with the NCAA pounding the Penn State football program to a fine dust, making its players fair game for every other program in America, fining the school millions of dollars and downgrading the legacy of head coach Joe Paterno. That in itself would have been enough to fill most days and supply the country's sports columnists fodder for Pulitzer Prize nominated columns (we offer a sampling of those columns from the West Coast in the links contained in this sentence). But here in the Pacific Northwest, one big story is never enough. Late in the afternoon word began to leak out the Mariners had made a decision on Ichiro's future. Or that Ichiro had made a decision on the Mariners future. Potato, pawtato. Either way, the news broke across the Twitterverse with the speed of the 2001 Ichiro, making the day even more hectic – and probably forcing a rewrite of at least a couple of columnists' work. John Blanchette says the trade saved the Mariners from a self-inflicted head wound and Jerry Brewer in the Times feels pretty much the same way. ... Between those two news events, Cougar fans had to deal with the news two of their better defensive linemen (yes, I know Travis Long will stand up more this season) had been cited over the weekend, one for a minor in possession charge four days before his 21st birthday (Long) and one for a 3rd-degree theft charge (Anthony Laurenzi). The MIP won't have long-term repercussions, but Laurenzi's charge might be crippling for a defense that needs his bulk in the middle of the defensive line. If Laurenzi's arrest isn't a mistake – that's always a possibility – then the charge would seem to violate one of the three unforgivable no-nos coach Mike Leach has: theft, hitting a woman and marijuana. In the end, it might mean a dismissal from the team. That would really hurt an already thin defensive front. 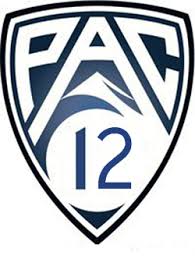 • Washington State: Besides the Laurenzi and Long news, which Christian Caple covers in this short story and a blog post, the S-R's intrepid WSU reporter also had this yesterday from the Pac-12, which announced its broadcast teams. ... With the conference's media day in the San Fernando Valley today (the second-best valley in the LA basin, well behind the San Gabriel), there will be an incredible amount of words dropped on Twitter and blogs up and down the West Coast (and I'm just a bit sad none of them will be mine). However, many folks didn't wait for media day to write about the upcoming football season, including San Jose's Jon Wilner, who has this blog post. ... From Arizona, Rich Rodriguez is ready for his first year at the Wildcats' helm and one writer has his Pac-12 predictions. ... Up the road in Tempe, there is a new culture at ASU. ... The Bay Area New Group has this short preview of WSU. ... BYU's secondary knows it is going to be tested in its opener. ... Ohio State is also on probation with the NCAA and this article points out what football means to the rest of the athletic department. The first athlete cited is a Spokane-area shooter. ... The Pac-12 media poll was released as I was finishing up today's post. You can see the results here. I was going to make my predictions about the media's predictions, but didn't get this post done in time. The choices in the South were exactly what I thought they would be, but I am surprised the media put WSU ahead of Oregon State. The Beavers are usually a darling of the group.

• Gonzaga: It looks as if Ronny Turiaf may be playing in Europe next season.

• Indians: The Indians lost on the road once again Monday, giving up an early 4-0 lead in a 12-7 loss at Vancouver.

• Mariners: The news the M's had just traded Ichiro overshadowed the 4-1 defeat to the Yankees, a defeat in which Seattle had three hits. Welcome back to Safeco. And goodbye, for now, to Justin Smoak, who was optioned to Tacoma after his 0-for-3 night dropped his batting average to .189. It looks as if Mike Carp will be called up, but the M's also need another bat to replace Ichiro. ... We had a lot of links about the Ichiro trade yesterday, but there are many, many more today, with reaction from fans here and around the world, a look at his career, and the flotsam and jetsam of a long career as the fans' favorite in Seattle (he saluted them with a bow last night, pictured above). Plus, Larry Stone has his thoughts about the trade. We also ran down links from the New York side of the trade, where Ichiro is expected to add speed to a Yankee lineup bereft of same. Though Ichiro isn't the speedy guy he was five years ago, that's for sure.

• Sounders: Despite loan rumors and missing a couple of all-stars, the Sounders got back at it yesterday.

• That's it for this morning. If you are a sports fan and to an even greater extent, a WSU fan, today is tough on you. How do you hide all the reading you're doing about Penn State or Ichiro or the Pac-12 media day from your boss? Good luck. Until later ...