Shoot, if the Gonzaga Bulldogs lose any more players to injury, they just might win the NCAA title. Read on.

• First it was Sam Dower Jr., cut down by a sore hip suffered in a tremendous fall at Kansas State. Without him in the lineup, the Zags handled Santa Clara. Then Gary Bell Jr. suffered a broken hand in the Bronco game. Without him last night, Gonzaga routed USF 69-41. Those two starters' injuries come on top of Kevin Pangos hobbling off every once in a while to deal with his turf toe injury, before returning from the tunnel ala Willis Reed. Let's recap. The Zags' leading scorer is limping around. Their second-leading scorer is watching in a sweater vest. Their third-leading scorer is sitting next to him with his hand in a cast and an Urkel bow tie around his neck. And they win by nearly 30? What's the explanation? Either the Zags have better depth than most anyone thought (probably) or the bottom of the WCC, which visited the first weekend, is weaker than most anyone thought (probably). Or the remaining healthy Bulldogs are reaching within themselves and finding a reserve they didn't know they had (sounds hokey, but probable as well). It's more than likely a combination of the three, along with the now-seemingly fortunate occurrence of opening the WCC season at home, students-on-break be darned. Winning in your own building is easier even if it doesn't have the atmosphere it usually does. It is home. And that helps when you are trying to get by a man down. Or two men down, as is Gonzaga's case. No matter what, though, the real test comes Thursday, when St. Mary's visits the Kennel. The Gaels, who defeated Pacific on the road last night, may not have their coach, but they'll have all their players. Which players will take the court for Gonzaga remains to be seen.

• WSU: Like me, I'm sure Jacob Thorpe watched the bowl games last night as Oregon ran away from Texas – when Marcus Mariota is healthy and hitting on all cylinders, he's the best quarterback in college football – and Texas Tech ran away from Arizona State. He linked stories from those games and more in his morning blog post. He also has a story in today's paper (and a blog post) on junior guard DaVonté Lacy's health following an appendectomy. ... Jacob also goes far afield with this blog post on another Mike Leach television appearance. OK, educate me. When you shoot a bear or the like, do you shoot standing up, lying on the ground or from a knee? Sorry, just couldn't resist. Don't hold it against me. I won't do it again. ... Jacob also covers the changes going on at UW, with Gonzaga Prep graduate Bishop Sankey declaring for the NFL draft and Chris Petersen filling in his staff.

• Gonzaga: Jim has his game story and a short story on Bell's injury in today's paper, along with a blog post after the game with USF and one before on Bell. ... Jesse Tinsley was in McCarthey and has a photo story. ... Everyone in the WCC played last night, though for the second consecutive game BYU acted like it didn't want to, losing at Pepperdine. USD also lost, with U-Hi grad Brett Bailey starting for the Toreros. Santa Clara shook off the loss to GU and handled Portland on the road. ... The Gonzaga women bounced back from an overtime defeat at St. Mary's with a win over Pacific in Stockton. ... A former Zag is still getting ink. 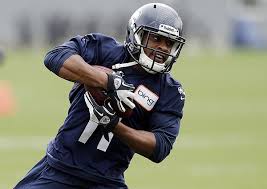 • Seahawks: Don't be surprised if there is a special edition of Hard Knocks this offseason. It could focus on Percy Harvin's case all by itself and might bring more drama than most of the season's prior. Yesterday, coach Pete Carroll was on the radio early in the morning and said they would have to make a decision on Harvin's status quickly, but he wasn't sure he could practice. Then later in the day Harvin (pictured) let everyone know he was returning to practice Thursday, hip injury or not. So what happened? Art Thiel tried to make sense of it. ... There are other players injured whose status should be clearer later in the week as well. ... Dave Boling would rather face the 49ers in the playoffs. It wouldn't hurt my feelings if they lost before having to visit Seattle. ... The Hawks' coordinators seem to be in pretty big demand. ... Playoff tickets go on sale today.

• That's it for today. If you decide to join all the amateurs out tonight, please be careful. Not only for yourself but also for those around you. No one wants to ring in the New Year with regrets about poor choices. And if, like me, you decide 9:30 is late enough to stay up, welcome to the senior life. It's fun, in a different sort of way. Until later ...