A Washington State University butterfly expert described painted ladies as a “cosmopolitan” butterfly because they can be found on every continent aside from Antarctica. The ladies are coming to town, and Spokane residents can expect to see them in droves this year due to California rains.

“They migrate through California, and sometimes in such numbers like this year that they are actually a traffic hazard,” David James, WSU associate professor of entomology, said. “Windscreens get smeared with painted lady butterflies, and cars have to stop and clean the windscreens.”

Another common place to see the painted lady is in the classroom.

“One of the things that we look for and really can’t decide very well is whether they’re being released by classrooms who have raised a generation of painted ladies for their first graders, or if they’re actual migrants from California,” John Baumann, Washington Butterfly Association vice president and Spokane chapter founder, said.

Baumann – who occasionally is brought into classrooms to give butterfly presentations – said butterfly conservationists discourage this way of cultivating painted ladies, but he doesn’t think this warning will be heeded because it’s so easy to obtain the butterflies via mail or a biological supplier.

Because of their orange and black coloring, painted ladies are often mistaken for the much rarer monarch butterfly.

Of course, there are notable differences. The wingspan of a painted lady ranges between 1 and 2 inches, whereas a monarch butterfly, wingtip to wingtip, ranges from 3 to 4 inches. The monarch’s coloring is a more vivid orange and has black lines across the wings. 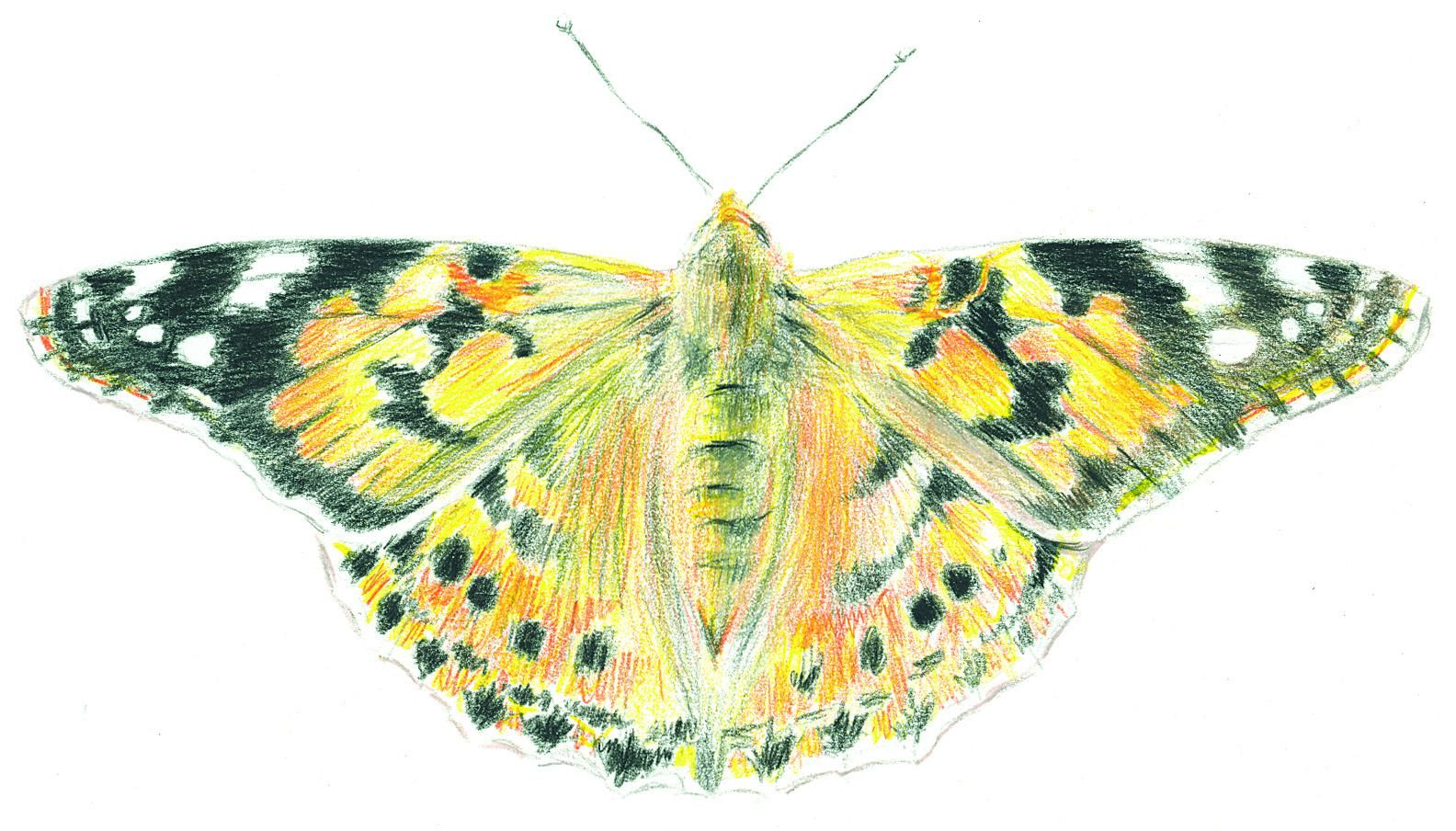 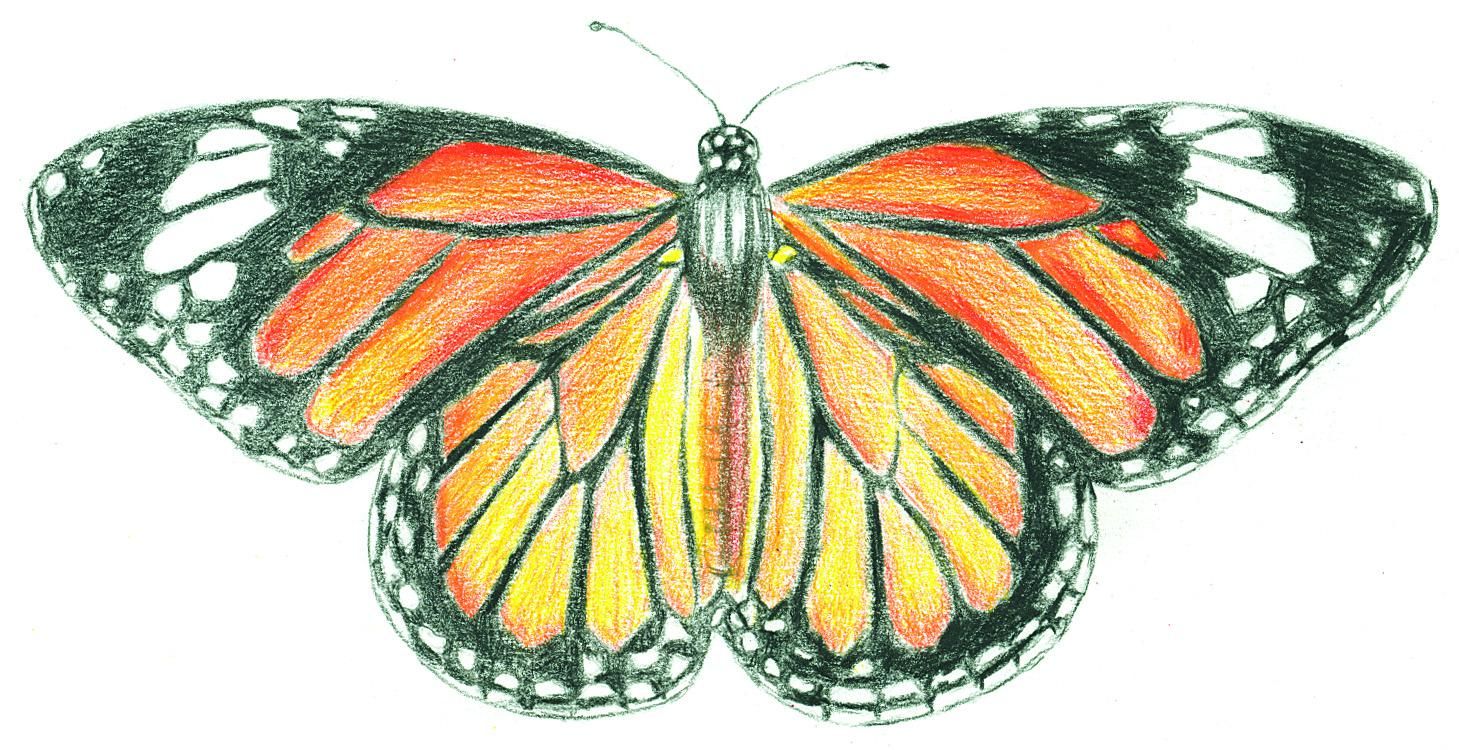 “[Butterflies] are tough, people think they are wimps because they don’t live very long, and while that’s true for some small butterflies, it’s not true for some others like the monarch and the painted lady,” James said. “You’ve got to admire their tenacity to fly up to 3,000 miles in some cases across the landscape and to live for up to a year.”

Chances are, you won’t see a monarch. Unlike the painted lady, the monarch is not thriving. In fact, in a matter of weeks the U.S. Fish and Wildlife Service will decide whether to list the monarch butterfly under the Endangered Species Act.

“Everybody used to see monarchs in Eastern Washington every year,” James said. “It was quite common, but now, most people don’t see a monarch anymore because even people like me only see a few every year.”

Still, in case a caterpillar or two find their way to the backyard, planting milkweed could help a monarch-to-be on its way. The painted lady snack of choice? Thistles.

James said we should heed as a warning that despite there being 160 species of butterflies in the Pacific Northwest, most people only commonly see the painted lady, the tiger swallowtail and the cabbage white butterflies.

“They’re like the canary in the coal mine, they’re an indicator of things going wrong with the environment,” James said. “With the populations going down, it suggests that we are doing something wrong to the environment. Whether it’s pesticides or taking their habitat away, it’s an indicator of change that’s probably not good for ecology and ultimately ourselves in the future.”

Baumann would encourage anyone who would like to learn more about butterflies or butterfly conservation to get in touch with the Washington Butterfly Association. The group will be hosting a weekend field trip in Colville June 28-30.

“We spend the whole weekend doing butterfly field trips,” Baumann said. “We will be focusing on the Little Pend Oreille National Wildlife Refuge and Colville National Forest, with the help of biologists that work out of those areas.”