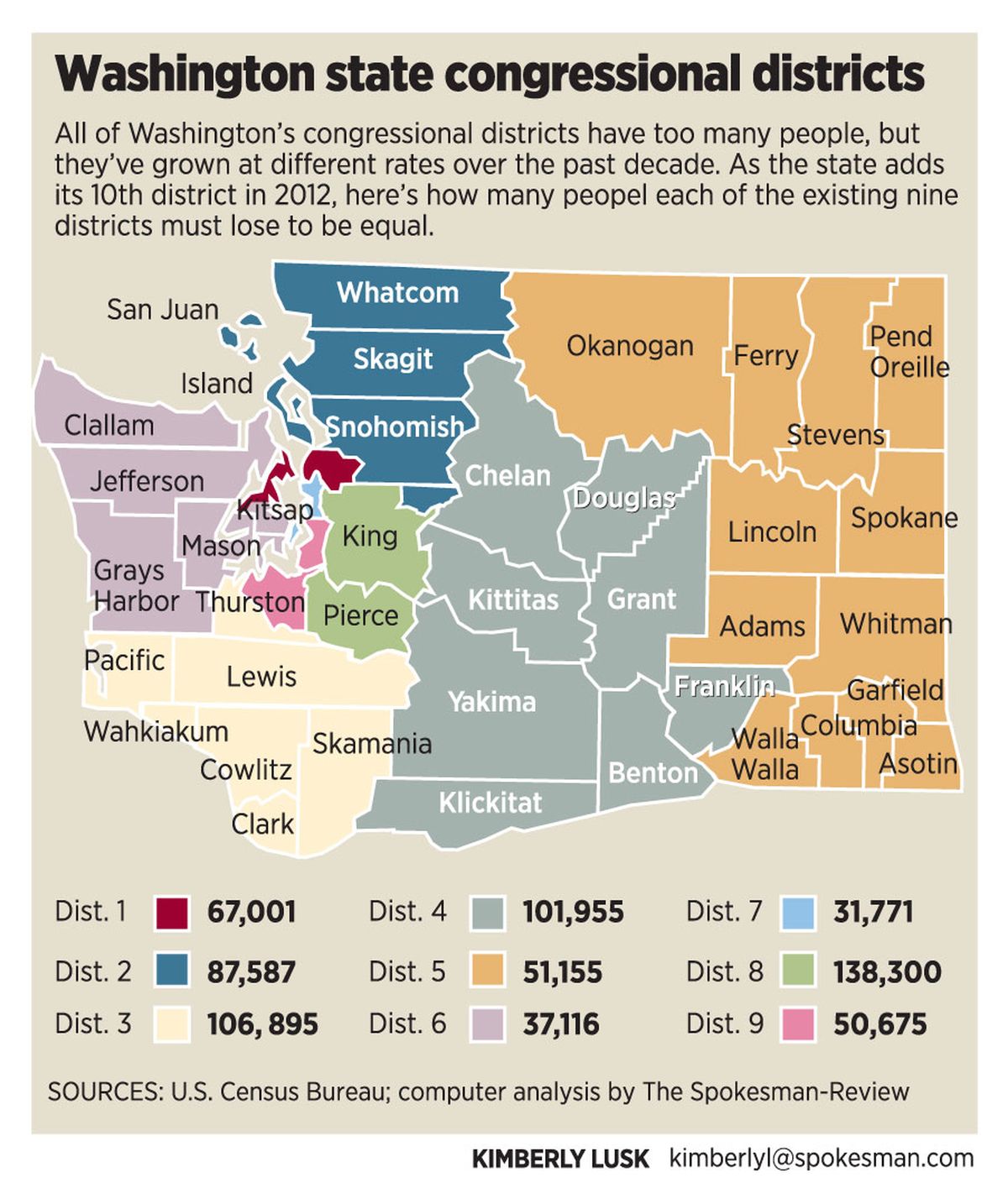 On the Web: Explore census data where you live. Type in your address and see what comes up. Go online to spokesman.com/census

All congressional districts in Washington have too many people – tens of thousands too many. And in central Washington’s 4th District and two districts in the fast-growing Interstate 5 corridor, they’ve got more than 100,000 too many.

The districts were redrawn in 2001 to have 654,900 residents, give or take a few. The official headcount varied by no more than seven people.

Over the past decade, the population of all nine districts grew at very different rates. They now range from 704,225 in urban Seattle’s 7th District to 810,754 in suburban King and Pierce counties’ 8th District.

By next year, the average congressional district will be 672,454 for the 10 districts.

Eastern Washington’s 5th Congressional District stretches from Idaho to the Cascade Mountains, and from Canada to Oregon. It had 723,609 people in last year’s census; that’s 51,155 too many.

Central Washington’s 4th District grew much faster. It uses the Cascades as its western boundary as far north as Lake Chelan, has the Columbia River on its northern and southern extremities and meanders through the state’s farm country on the east. It has 774,409 people, or about 101,955 too many.

Data from the Census Bureau shows the 5th District is the state’s whitest, while the 4th is the most ethnically diverse.

In the 4th District, more than a third, 33.8 percent, listed themselves as Hispanic or Latino. Just under three-fourths of the residents listed themselves as white, and the African-American, Native American and Asian populations were all slightly lower than in the 5th. But nearly one in five listed “some other race.”

The Washington State Redistricting Commission has begun work on redrawing congressional and legislative boundaries and has its next meeting March 29.