Near a window in Barbara Anderson’s living room, there is a bronze statue of her son, Michael, wearing a spacesuit and releasing a dove into the heavens.

It’s a miniature of the statue in Riverfront Park that commemorates Lt. Col. Michael Phillip Anderson, an intensely curious, deeply religious Cheney High School graduate who found his calling in space, logging more than 600 hours aboard the Endeavor and Columbia shuttles.

Today marks 15 years since Barbara Anderson and her late husband, Bobbie, rose from bed expecting to flip on the TV and watch the Columbia return to Earth. For 15 days, they had monitored its voyage, beaming at each sight of their astronaut son.

What actually happened on the morning of Feb. 1, 2003, was a national tragedy and a reminder that humankind had not yet overcome all the hazards of the final frontier. 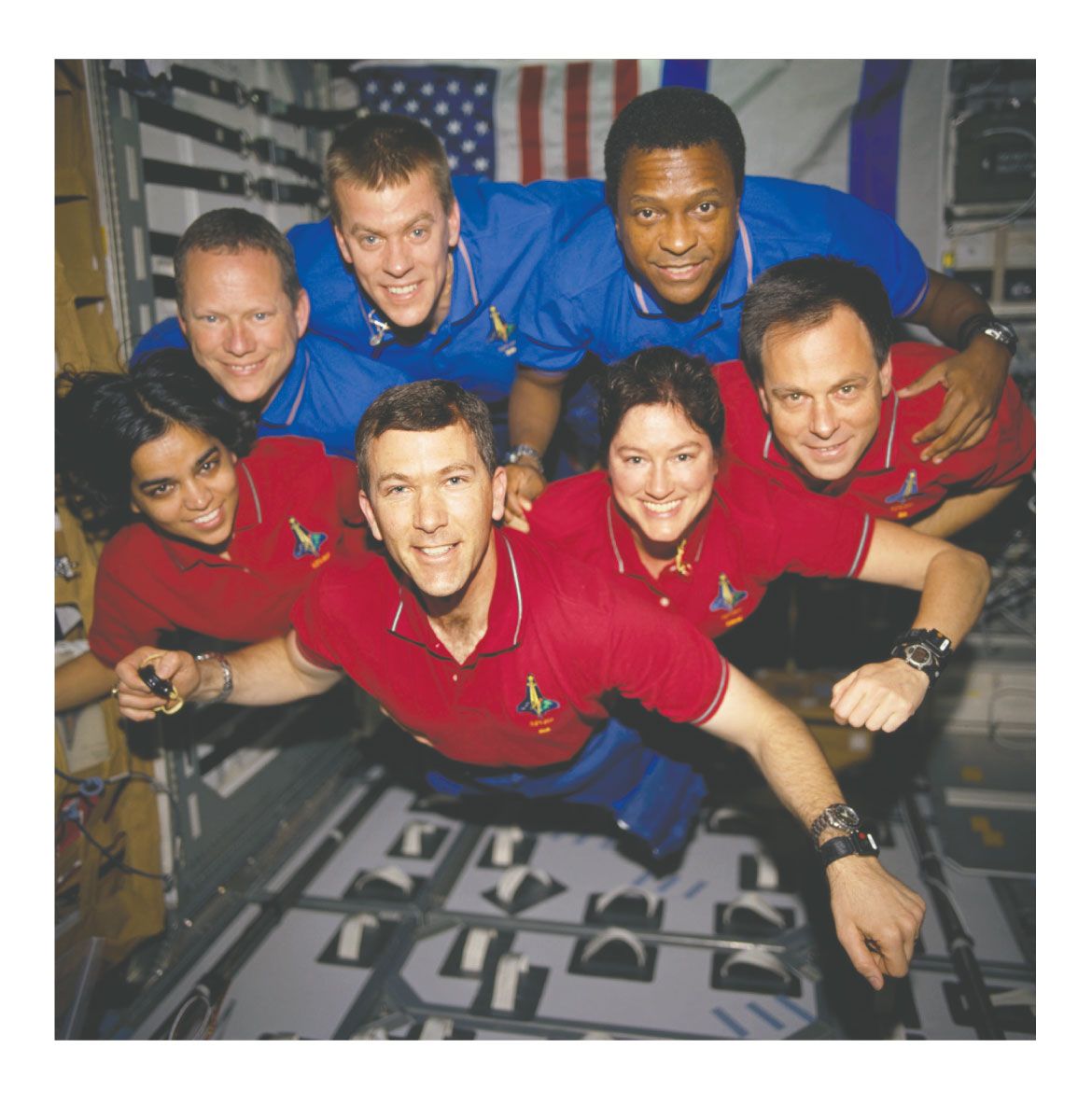 On the 15th anniversary of the Columbia space shuttle disaster, The Spokesman-Review looks back on the facts and details surrounding the crash and its aftermath, as well as the life of the city’s own astronaut, Michael Phillip Anderson. Read it here in Further Review. | Further Review »

Hurtling through the upper atmosphere at 18 times the speed of sound, the Columbia tore apart into fiery pieces just minutes from its planned touchdown, killing the seven-member crew and raining debris across a wide swath of Texas and Louisiana. Investigators would later point to left-wing damage sustained shortly after takeoff, as well as NASA’s management culture and its refusal to take a closer look at the damage.

Michael Anderson, 43, had been the mission’s payload commander, responsible for overseeing dozens of science experiments, from the effects of gravity on harvester ants to research on prostate cancer.

On this somber anniversary, Barbara Anderson said she would waste no time feeling angry or making an event of her son’s death. Instead she will go about her day (she has an appointment at the hair salon) and perhaps call her three daughters to reminisce about their brother.

“Even though he had just turned 43, he had had a full life,” she said. “He did wonders in that length of time. Sometimes it isn’t the length that you live, it’s the quality.”

On days like this, Barbara Anderson also thinks of her son’s own daughters and how they persevered after the tragedy. Sydney recently earned a master’s degree in art, and Kaycee is in graduate school studying prosthetics for amputees. Their mother, Sandy Anderson, still lives in the Houston area.

“My whole focus was on the girls and how were they going to handle the situation,” Barbara Anderson said. “I’m so proud of them. … He would be, too.”

The son of an Air Force veteran, Michael Anderson lifted his first toy airplane at age 3 and soon became obsessed with campy space shows like “Star Trek.” They were dominated by white actors portraying white heroes, but Barbara Anderson said her son simply “wasn’t interested” in the color of his skin, or the progress his career might have symbolized.

“Michael never thought about what color he was,” she said. “That never even entered his mind.”

By all accounts, Michael was an exceptional student, one who found harmony in science and religion.

“Even in high school and grade school, he never even thought about taking an exam or a test before he prayed,” his mother said.

Anderson later spent two decades in the Air Force, including a 90-day stint flying a refueling tanker during the Persian Gulf War.

While unabashed about his faith in God, Michael was always serious beyond his years, always quiet, always humble. Barbara Anderson said her son would get embarrassed whenever she told people he’d been to space.

“He wasn’t a public person,” she said. “He wanted to be in the background all the time.”

His parents didn’t know he had applied to join the space program until he landed an interview in 1994. At the time, they had expected him to come home for an assignment at Fairchild Air Force Base.

“He was focused, and when he decided he was going to do something, he didn’t really just talk about it,” his mother said. “He did it.”

In October, she and two of her daughters visited Michael’s grave at Arlington National Cemetery in Virginia, then checked out the exhibit about him at the National Museum of African American History and Culture, which opened in fall 2016. Dec. 27 marked seven years since Michael’s father, Bobbie “Andy” Anderson, died of leukemia.

Although Michael’s death was a public spectacle, and the story of the Columbia survives in school history books, Barbara Anderson said her son would hate to be called a hero.

“If his life encouraged someone else to set goals and seek to fulfill them,” she said, “he would be glad to know that.”