The ponderosa is one of the most widely distributed trees in the interior West, extending from southern British Columbia southward in two main branches: down the Cascades and Sierras into Southern California, and through the Rockies into Arizona and New Mexico. It is at home at high elevations in Arizona (think the Grand Canyon rims) and at moderate elevations in, for instance, Spokane, Coeur d’Alene and environs. It prefers the dry half of Washington - it is drought-tolerant.

A NAME TO PONDER

Scottish botanist-explorer David Douglas named the tree (in Latin) “pinus ponderosa” while botanizing along the Spokane River in 1826. He chose the word “ponderosa,” meaning ponderous or heavy, because of its sheer bulk. The Latin name eventually became - unusually among trees - the common name.

Loggers and old-timers called it the yellow pine” or “western yellow pine” because of the color of its wood. Loggers still refer to young, black-barked trees as “blackjacks.”

HOW TO RECOGNIZE ONE 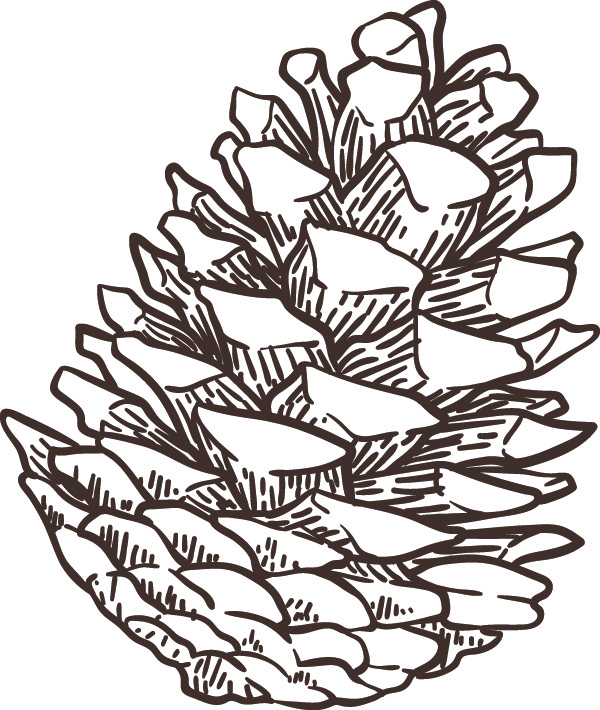 The seeds of the ponderosa pine, which are released from the cone and descend on inch-long wings, were also used as food by the Indians. Squirrels and birds are also partial to them.

BEWARE OF THE CONE

Pick one up. Ouch. That wasn’t very smart. Ponderosa cones have a nasty sharp prickle at the tip of each scale.

Inland Northwest residents are well aware of one ponderosa disadvantage: It sheds large piles of needles and cones every fall. All in all, however, the ponderosa is not a particularly high maintenance yard tree compared to many deciduous trees.

LAYING DOWN THEIR ROOTS

There are four major subspecies of the ponderosa pine tree, with notable growth in at least 15 western, central U.S. states.

Trees reach their full maturity at about 150 years old, and many live to between 250 and 400 years. It takes an unusual set of circumstances – lack of lighting strikes, bark beetles, wildfires and humans with saws – to reach about 600 years old.

When young, it’s a dingy grey-black. But as it ages, the bark transforms into beautiful plates of deep golden-brown, with red and yellow tints. In the stateliest stands, it takes takes on a glowing cinnamon color.

STAND UNDER THE MISTLETOE

One of the ponderosa’s biggest pests is mistletoe, but not the variety familiar from the holidays. It’s a parasite that gets under the cambium and causes a twiggy growth and a swollen branch, which looks like a snake digesting a rat.

Area forests can burn, but mature ponderosas are not particularly fire-prone, protected as they are by thick plates of bark and a lack of lower limbs. Saplings and stands of small ponderosas are far more susceptible to fire.

During notable storms in 1996, 2014 and 2015, falling ponderosa trees and branches were a significant peril. However, the ponderosa pine is considered “one of the most stable of trees,” according to Spokane city arborist Jeff Perry.

MEASURING FOR A CHAMP

The American Forests Champion Trees national register tracks native, non-native or naturalized trees that naturally occur in the United States and ranks them using a system that combines three measurements (trunk circumference, height and crown spread). Check out the database online at americanforests.org.

This tree grows in California's Eldorado National Forest, out of view from any road or trail. It scores 562 points, is 235 feet tall and 8.6 feet in diameter.