... and the impact he’s had on TV ratings

When charted out like this, it’s easy to see the Tiger Effect in action. Even after several down years dealing with a series of injuries and personal issues, is the Tiger Effect still a thing? Woods shot 64 in the final round of last year’s PGA Championship, finishing in second place. CBS reaped the benefits, collecting its highest final-round ratings for that tournament in ten years.

Shown: Ratings for final round of each tournament. “Rating” is roughly, the percent of people watching, age 2 and older, in households with TV sets. 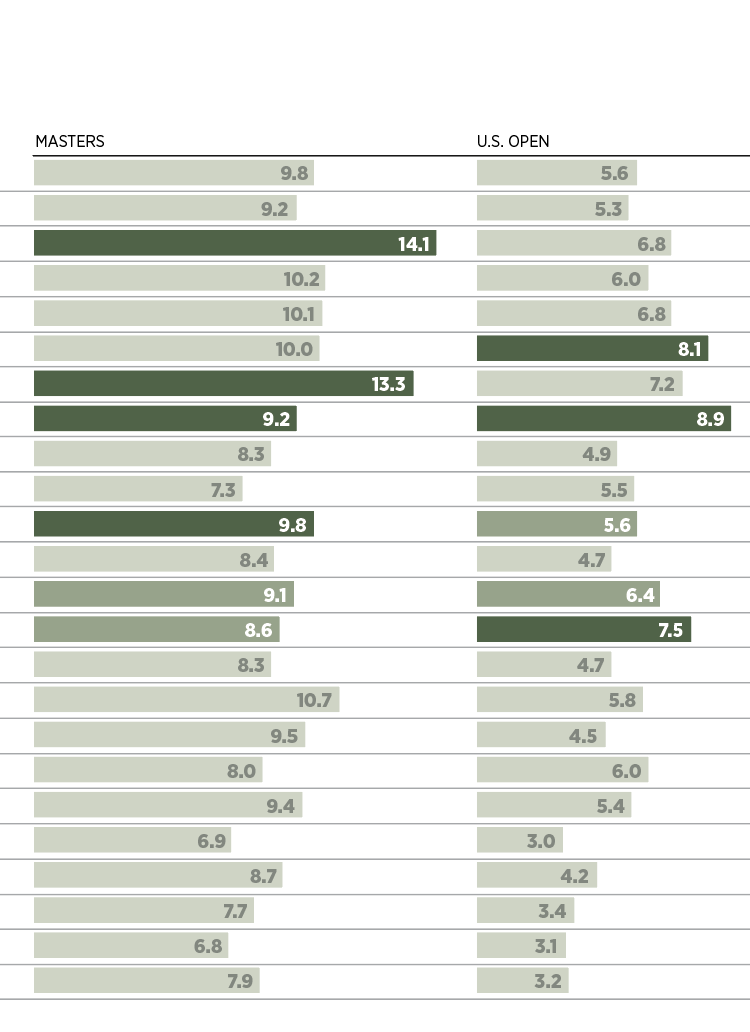 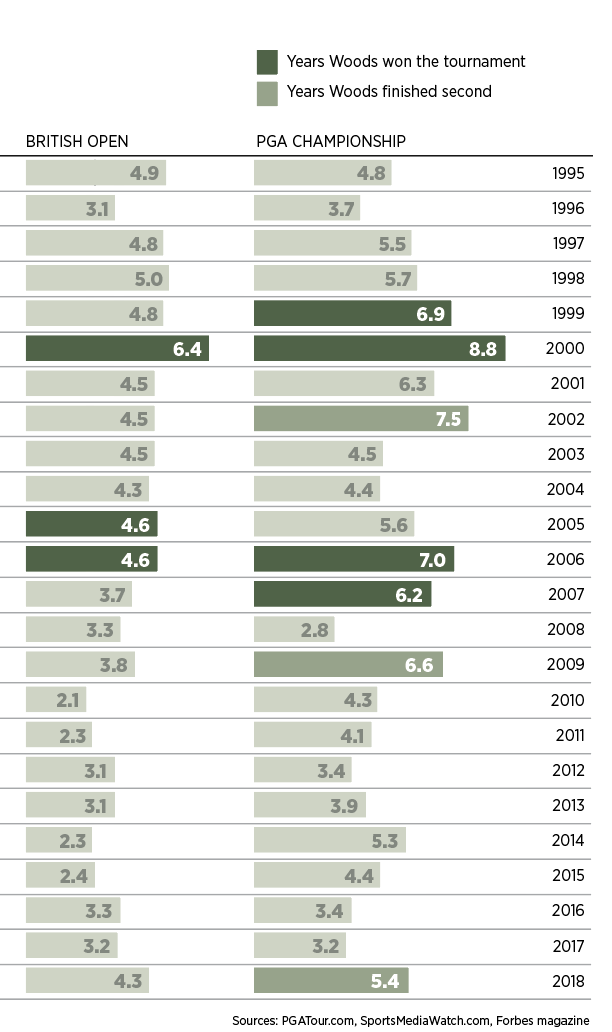