In the midst of this gorgeous natural paradise we call the Inland Northwest is a ticking time bomb — a radioactive Superfund site that has possibly poisoned hundreds of local residents and won’t be cleared of danger — to the federal government’s standards, at least — for another half-decade.

Midnite: A spent uranium mine 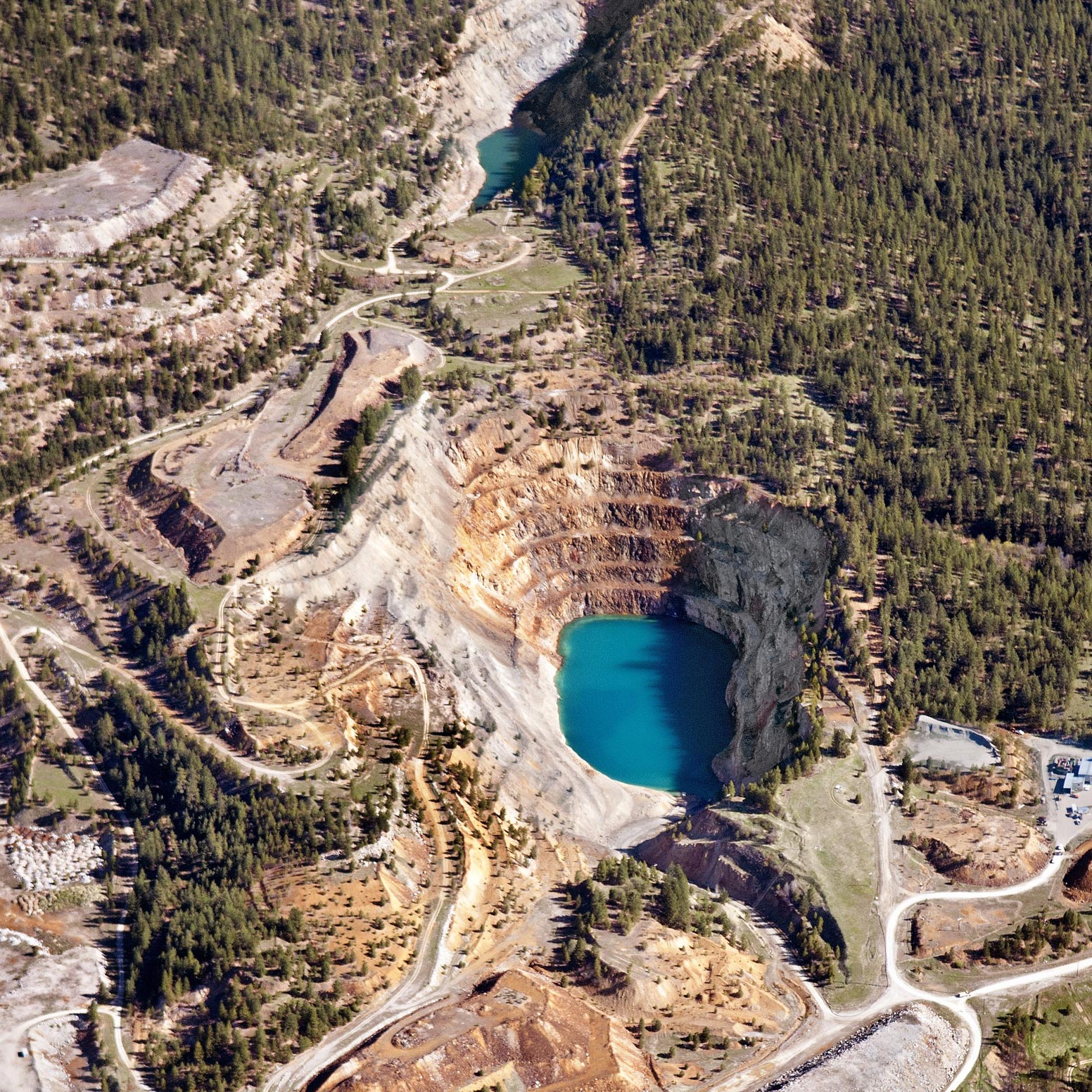 Enormous scars show where more than 3 million tons of uranium ore and 33 million tons of waste rock were blasted out of the hillside of the Spokane Indian Reservation. Above: How the 320-acre former Midnite mine site looked in 2011.

Five other pits were filled in years ago with waste material high in radioactive content.

The soil and groundwater here are contaminated with radioactive isotopes like radium-226, radon-222, lead-210 — and, of course, uranium.

An 8-foot-tall fence keeps people away from the site. The federal government recommends spending no more than an hour a day at the site to limit exposure to radiation and radon gas.

Where the mine is located?

What was mined here: Uranium ore — a small sample of which you see here. 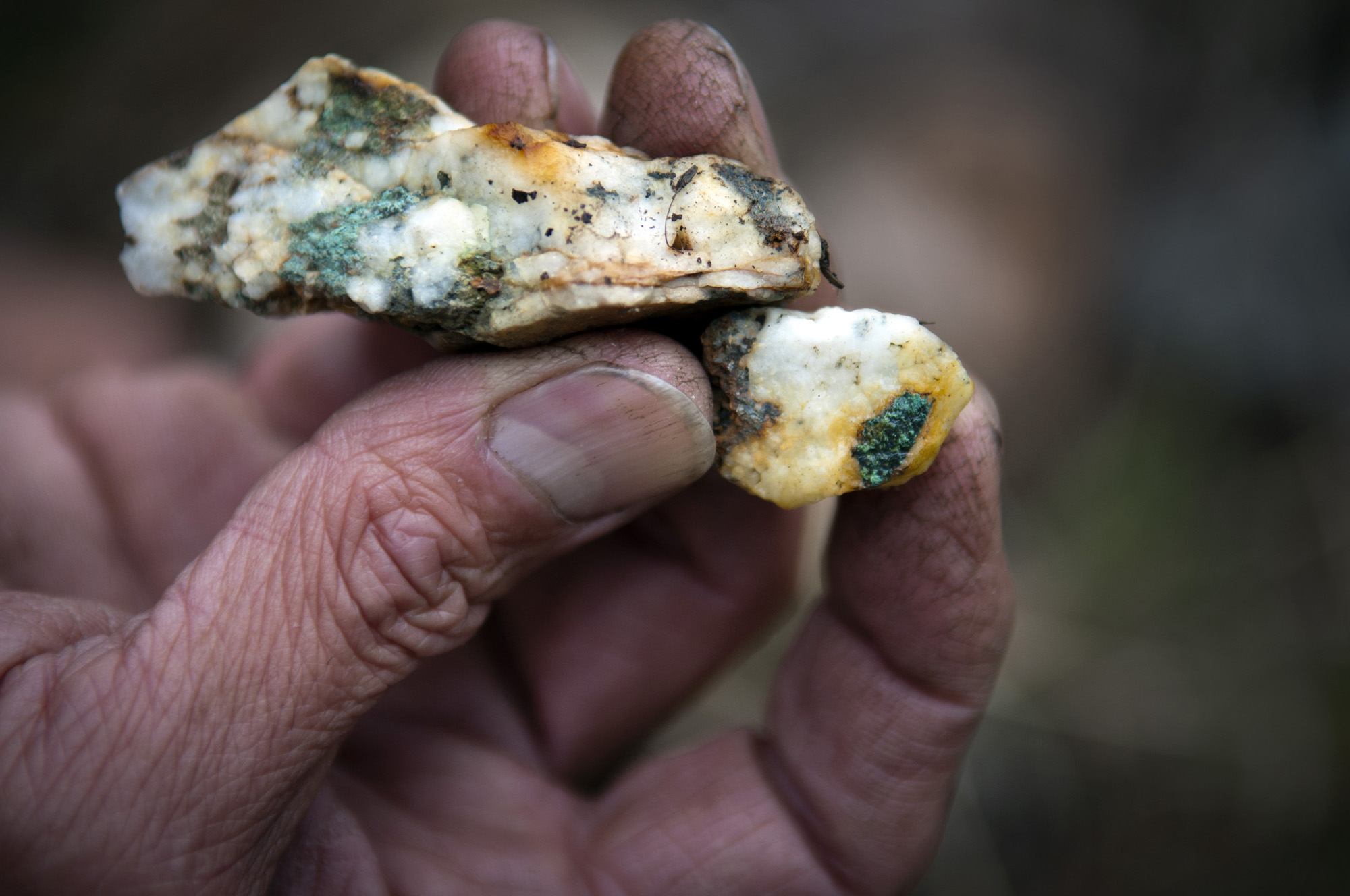 JED CONKLIN / SPECIAL TO THE SPOKESMAN-REVIEW

The ore is treated with chemicals to extract a dry powder form of natural uranium known as “yellowcake.” From that, the uranium oxide can be enriched and further processed into pellets that fill the fuel rods used in most nuclear reactors. 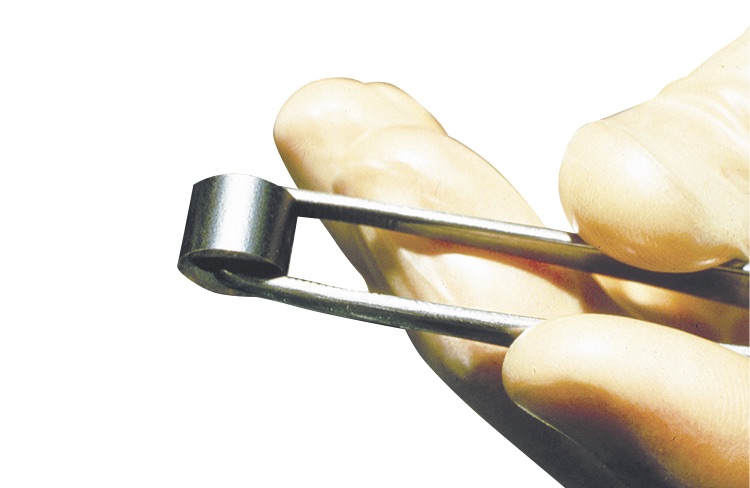 The mostly-Native American workers who made up the workforce at Midnite Mine operated without safety precautions. There are reports that workers came home covered in radioactive material and children of employees played with rubber balls that had been used to crush radioactive ore. Many Spokane Indian officials say area residents have a higher-than-average incidence of cancer diagnoses.

A history of the Midnite Mine

1954 — Brothers Jim and John LeBret discover uranium on the Spokane Reservation. They and their partners form Midnite Mines Inc.

1955 — Newmont Mining Corp. joins with Midnite Mines to develop the deposit. Dawn Mining Co. is formed. Ownership is 51 percent Newmont and 49 percent Midnite Mines. Over the next 10 years, Dawn Mining Co. will sell uranium to the only buyer at the time: The Atomic Energy Commission.

1969 — After a four-year shutdown, Midnite Mine reopens to sell uranium for nuclear power production.

1981 — As worldwide uranium prices begin to decrease sharply, Dawn ceases operations at the Midnite Mine.

1988 — One of the mine’s open pits is found to have hundreds of millions of gallons of contaminated water. The federal government raises concerns about water overtopping the pit.

1991 — Dawn is ordered to operate a water treatment plant to prevent Pit No. 3 from overflowing.

1997 — The federal government begins negotiations with Dawn and Newmont to launch a study and cleanup of the site in compliance with environmental laws.

1999 — The Spokane Tribe sues to prevent storage of radioactive wastes from other sites at the Midnite Mine.

2000 — The Midnite Mine is added to the list of Superfund cleanup sites.

2005 — The federal government sues Newmont and Dawn for cleanup costs at the site.

2008 — A U.S. District judge rules that the U.S. government, Dawn and Newmont are each responsible for one-third of the Midnite Mine’s cleanup costs.

2016 — Site preparation work for the cleanup begins. The cleanup is expected to be completed in 2024.