A HALF-CENTURY OF NURSING

The Washington State University College of Nursing building in Spokane, as seen earlier this week.

Washington State’s College of Nursing is celebrating its 50th birthday this year. The program has grown from a class of 37 in 1969 to about 650 undergraduates on six campuses across the state.

A history of the College of Nursing

1965 — About 50 people from area colleges and universities, hospitals and professional groups meet in the Davenport Hotel in Spokane to explore the idea of starting a bachelor’s degree program in nursing in Eastern Washington.

1968 — The Intercollegiate Baccalaureate Program in Nursing is officially established and approved by the boards of trustees of member colleges and universities.

1969 — The first class of 37 students is admitted to Intercollegiate Center for Nursing Education. The nursing program’s first home is the 1904-era Carnegie Library at the west end of downtown Spokane. The program will eventually spread to two annexes – the Simchuk’s Sporting Goods building — now occupied by the Rocket Bakery — and an elementary school west of the building. 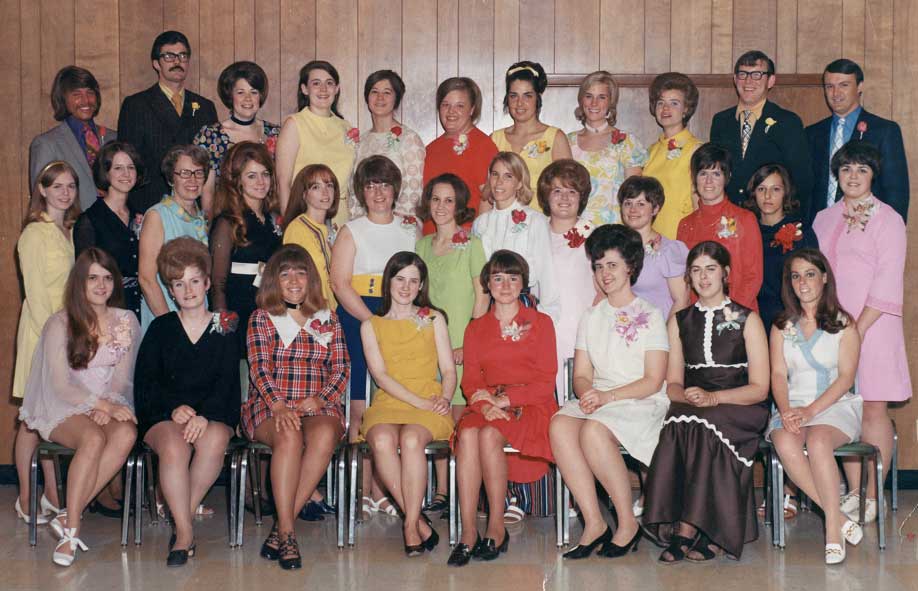 1972 — The faculty commits ICNE to prepare nurses to practice in rural and small community settings.

1980 — Built at a cost of $5.76 million, the 59,000-square-foot Warren G. Magnuson Intercollegiate Nursing Building opens on a 13-acre site across from Spokane Falls Community College.

1981 — ICNE Yakima is established as an extended campus, housed in a small cottage near Yakima Valley Community College.

1990 — WSU begins offering a two-way television network (WHETS) where classes are viewed by the college’s nursing sites outside of Spokane. Because it’s a microwave system, however, transmissions can be interrupted by snow or ice. WSU’s new branch campuses open in the Tri-Cities and Vancouver, and both sites are committed to offering nursing programs.

1993 — The Washington Legislature appropriates $3.5 million to build a new facility in Yakima, adjacent to the Yakima Valley Community College campus.

1998 — The Washington Legislature gives WSU funds to design a new College of Nursing on the what was then called the Riverpoint Campus in downtown Spokane. The Legislature would appropriate the money for construction in 2005 and ground would be broken in 2006.

2002 — The Washington Legislature gives WSU funds to design a new College of Nursing on the what was then called the Riverpoint Campus in downtown Spokane. The Legislature would appropriate the money for construction in 2005 and ground would be broken in 2006.

2008 — The name of the nursing school is officially changed to WSU College of Nursing.

2009 — The $34.6 million, 88,000-square-foot nursing building at WSU Spokane formally opens to house the nursing program. Though it is built with state money, the federal government kicks in nearly $2.5 million to fund technology for distance education and simulation.

2010 — WSU’s Board of Regents o cially designate WSU Spokane as the university’s health sciences campus. The College of Pharmacy and Pharmaceutical Sciences and the new Elson S. Floyd College of Medicine eventually join the nursing program on the campus.

2011 — The college is one of 10 nursing schools nationwide selected to participate in the National Simulation Study commissioned by the National Council of State Boards of Nursing. The study is designed to give insight into how much simulation can be incorporated into a nursing education. WSU’s participation also helps the college become a national leader in using simulation a learning tool.

2012 — A Doctor of Nursing Practice (DNP) degree is introduced in Vancouver and Spokane. The DNP is a clinically focused doctorate, versus the research-focused PhD.

2019 — The College of Nursing celebrates the 50th anniversary of its founding. A gala celebration is planned for March 7, 2020.

Sources: The timeline at left and the enrollment data above are both from the WSU School of Nursing.