By Arielle Dreher The Spokesman-Review

The Legislature invested $14.4 million in the WSU medical school in the 2019 session, allowing the current 60-student cohort to continue its studies, as well as adding 20 student slots for the incoming class of 2019, meaning WSU will welcome 80 medical students to its program this fall.

Inslee, who is a Democratic presidential candidate, said there needs to be a national initiative to improve access to primary care. 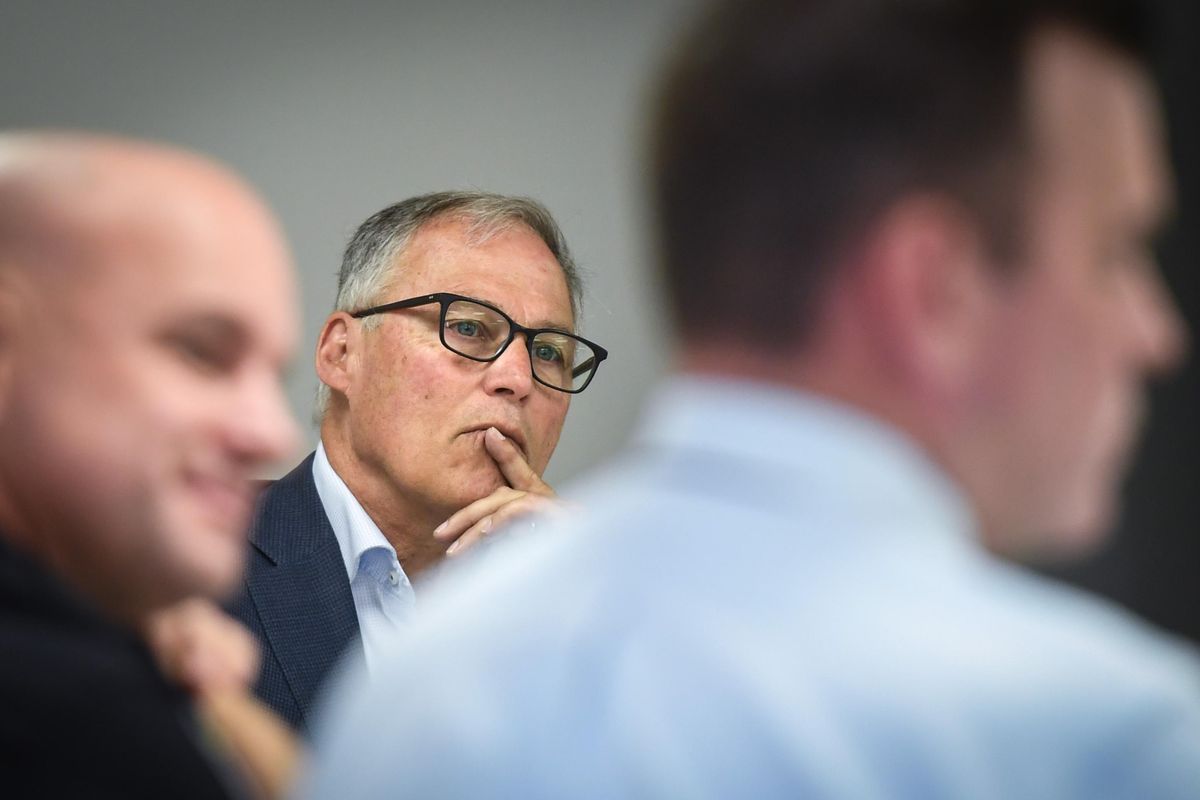 “Primary care is so fundamental because a very large percentage of our morbidity and mortality is because of lifestyle issues,” he said. “And primary care docs are really best trained and suited to help people with lifestyle efforts that can improve their health on a cost-effective basis.”

The governor credited local lawmakers, who attended the event, for having the “guts” and the “spine” to advocate and then vote for funding for the medical school in the recent legislative session.

“Not only does everybody deserve quality, affordable health care but they deserve access to it,” Rep. Marcus Riccelli, D-Spokane, said. “And what that means is the state needs to train more health care professionals.”

The medical school funding was not in the initial version of the House or Senate budgets, Riccelli said. Local lawmakers worked to get the funds put into final versions of the budget, which was not always an easy sell to lawmakers who believe that one medical school in the state, the University of Washington School of Medicine, is enough.

A 2019 audit report from the State Auditor’s Office, produced during the legislative session, estimated that the costs of medical education for one student at WSU by fiscal-year 2023 is about $125,960. By contrast, it cost $90,640 to educate a student at the UW medical school in fiscal-year 2015.

The auditor’s report cautions against comparison of the two figures for several reasons, however, noting that the UW medical school has been established for several decades, while WSU’s is still in development. Additionally, WSU’s costs are more expensive because lower enrollment “contributes to higher per-student costs.”

WSU medical school will need more funding from the Legislature in future years, and Inslee said that funding will have to come by “doing it the old-fashioned way” through getting the appropriations and making the case that the program is an asset to the state.

The vast majority of the current WSU medical school class is from Washington, and more than half of the students are women.

For Sen. Andy Billig, D-Spokane, the close-to-home approach of the medical school makes it all worth it.

“Just to know how they are going to serve our community … It brings it all home and makes it worthwhile to do this,” Billig said.

The Legislature passed several health care reforms in 2019, including a public option for state health insurance for residents. Washington is the first state in the country to offer a public health insurance option.

“I think you can say that Washington is the template for growth of health care in America, and I hope to take this on a national level,” Inslee said.

As a part of his presidential campaign, Inslee said he wants to keep the Affordable Care Act and build on it, in similar ways employed by the state of Washington.

Riccelli said the WSU medical school is a part of those larger reforms in the state.