A GRIP ON SPORTS • It’s been just less than 80 years since the first televised NFL game, a battle between the Philadelphia Eagles and, get this, the Brooklyn Dodgers. I wonder if the folks watching the contest in New York yelled at their TV sets. It seems to be one of the game’s endearing traditions. And it certainly happened all over the Northwest last night.

• The first televised football game was of the college variety, a 1939 matchup of Waynesburg and Fordham. A month later the NBC affiliate in New York carried the NFL game. People have been watching, and yelling, ever since.

When did you yell the loudest in last night’s 30-29 Seahawk win? Was it on the Tyler Lockett catch? The end of the first half? The almost-drop of the winning touchdown by Chris Carson? The first-half fourth-down decision? The third-down play call near the end of the game? The seemingly game-clinching interception by TT, Tedric Thompson? Or when the Rams’ game-winning field goal slipped away, wide right?

There were plenty of opportunities. Positive and negative.

The last one, after Greg Zuerlein’s 44-yard field-goal attempt, was probably the loudest, unless you were too surprised to scream. C’mon, be honest. You expected Zuerlein to tuck the kick inside that right upright, weren’t you? Or am I just projecting?

After the odd option call on the third-down play that could have killed the clock (Carson and the offensive line had been doing a decent job of moving back a tired Rams’ front on the first two plays, so why not trust your big guys, just jam it in and pick up the first down?), it seemed like the Rams would move down, kick the field goal and escape Seattle with another tight win.

The miss, eerily similar to the Hawks’ miss near the end of the first half, ensured Russell Wilson’s spectacular night – with only 17 completions, that’s the only adjective that fits – wouldn’t be overshadowed by the inability this week to run the clock out.

So the Hawks are 4-1. A few extra days off loom. All is right in the world.

• I have to admit my attention was split last night. The Dodgers and the Nationals, my two favorite National League teams, were meeting in the playoffs. The game demanded the commercial-break switchover, which sometimes led to the “oh-crud-I-forgot-the-Hawks-game” yelp.

(I know some of you have a two TV setup for this occasion, but that’s not my way. I’m old fashioned. I like to be ticked off by occasionally missing a couple minutes on each game.)

Luckily, I didn’t miss anything important – in the football game. 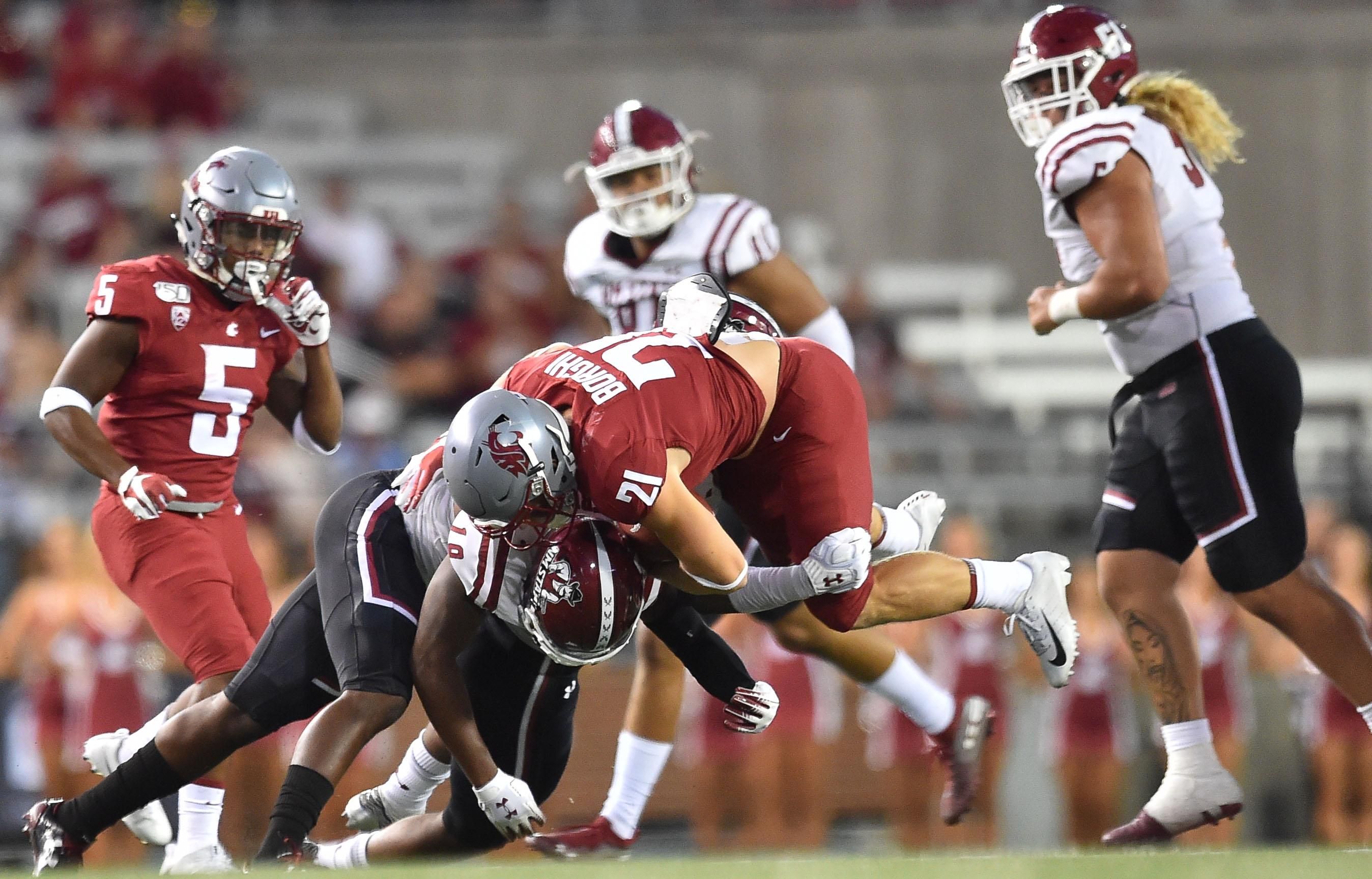 WSU: Math was never my strong point, so I read this Theo Lawson bye-week story mesmerized. And hoped all the numbers didn’t haunt me as I tried to decipher them. …The soccer team had a tough one, losing to top-ranked Stanford by five goals. … Elsewhere in the Pac-12, the conference’s presidents are at least paying lip service to the importance of football these days. … California will be without its starting quarterback against Oregon tomorrow. … Stanford will also be missing its starter at that position and its assignment is just as tough, win in Seattle against Washington. … Oregon State will be missing some guys as well as the Beavers face UCLA in the Rose Bowl. … Colorado hopes to run over Arizona. … Zack Moss could be back in the Utah lineup in a week. … USC is in the middle of a bye week, as is Arizona State. … In basketball news, Oregon coach Dana Altman has an outlier view on transfers sitting out. 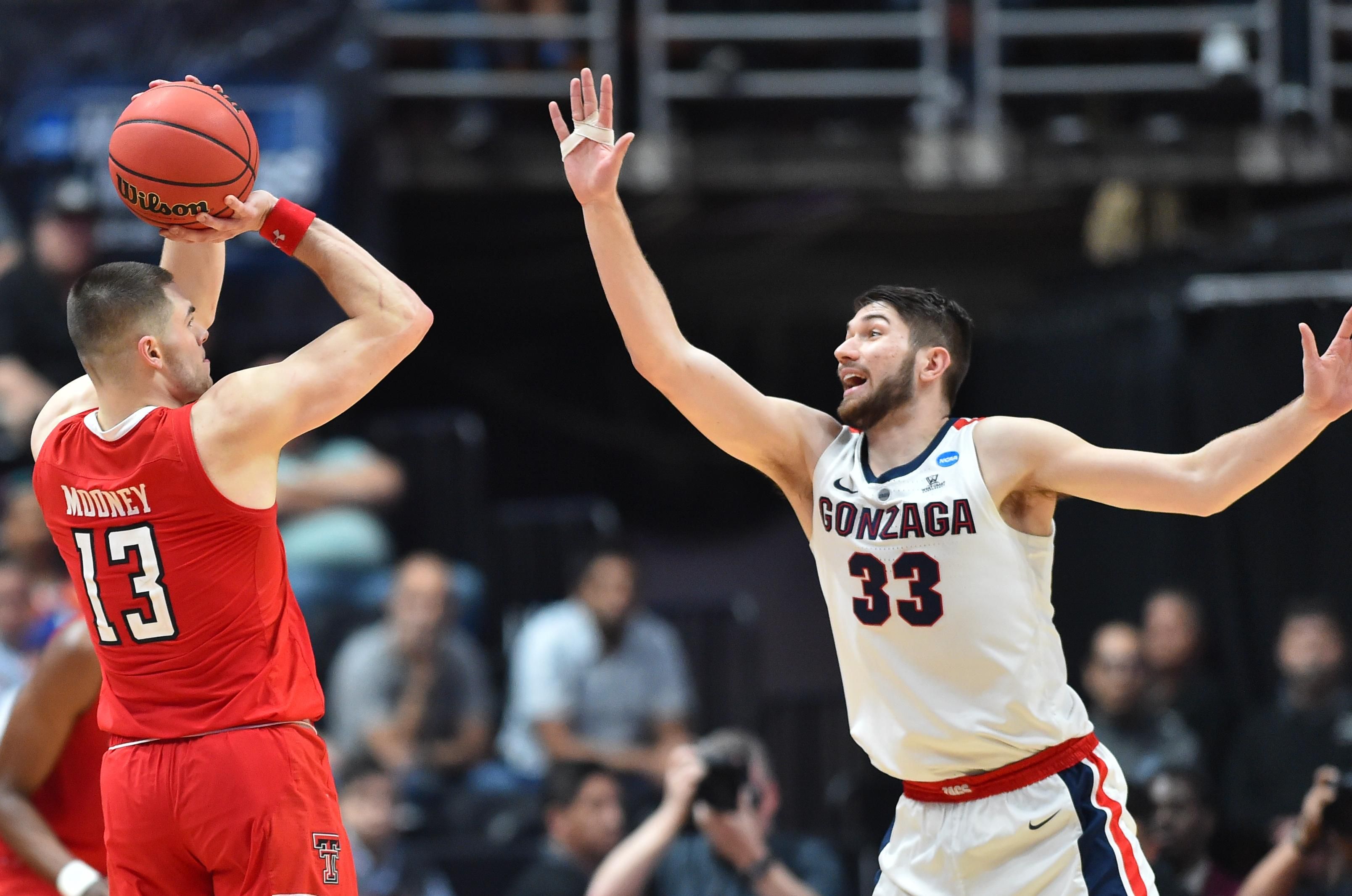 Gonzaga: The WCC preseason media day was held yesterday, with the Zags once again picked to win the conference and Killian Tillie named to the all-conference team. Jim Meehan has all the particulars in this story. … Mark Few had a few things to say about politicians and compensating players. … There is coverage on the WCC media day from other angles as well, including BYU, USF and San Diego.

EWU: Dylan Ledbetter is a fun (and funny) guy. If you want to know where he gets it, read Ryan Collingwood’s story today. It’s about Dylan’s relationship with his dad, Mark, a former WSU football player. … Ryan spent some time yesterday talking with Larry Weir for the latest Press Box pod.

Idaho: Speaking of legacies, the Vandals’ Kyle Perry, has one in Moscow. It has been built since he was young. Peter Harriman has more in this story.

Whitworth: The Pirates have plenty of players who played more than one position in high school. But there is just one who is pulling double duty for the Whits. Dan Thompson has the story of Noah Alejado.

Preps: The weekend looms – there was one football game already last night – and that means Dave Nichols and Sam Adams have their picks. … We also have roundups from soccer and slowpitch action.

Seahawks: The best thing to read from Seattle last night? That would be John Blanchette’s column. Or if you are a visual learner, then it’s Tyler Tjomsland’s gallery of photographs. … The touchdown pass to Tyler Lockett was a combination of a perfect Wilson throw and an incomparable catch from Lockett. … The ceremony to honor Paul Allen before the game was matched by the words of praise afterward. … There were injuries last night. Always are. There are always grades as well. … The Rams weren’t happy with the outcome but liked some aspects of the game. Wilson was just too much to handle.

• What a great game. The only thing better? The burger we had in the first half. It’s been a while since I’ve had a Tommy’s double-chili cheeseburger, but after a day spent making the chili, we had a close approximation last night, down to the mustard on the top bun. Other than driving in a convertible to the Beverly and Rampart stand, a big redhead by my side, it was the quintessential L.A. experience. Until later …