One of the most highly-respected journalists of our time, Bob Woodward of the Washington Post, will appear at the Spokane Convention Center Friday, Oct. 6, 2019 as part of the Whitworth University President’s Leadership Forum.

Woodward was one of the two young reporters whose routine assignment to cover a break-in at the Watergate office complex contributed to the downfall of the Nixon administration and a Pulitzer Prize.

Since then, Woodward has written or co-written 19 books — mostly on U.S. political topics. 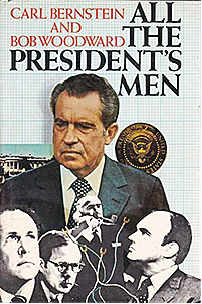 All the President’s Men
With Carl Bernstein
1974

Covers the stories — and the stories behind the stories — that Woodward and Bernstein wrote for the Washington Post starting with the initial Watergate break-in and leading up to the resignations of Nixon aides H.R. Haldeman and John Erlichman and the revelation that tapes existed of White House conversations. The book would be made into an Oscar-winning movie starring Robert Redford as Woodward and Dustin Hoffman as Bernstein. 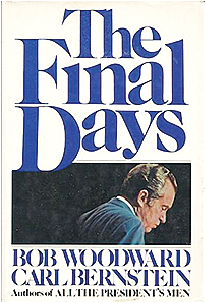 The Final Days
With Carl Bernstein
1976

Picks up where the previous book left off, detailing the disintegration of President Nixon’s administration, his support and even his state of mind. The book became known for its description of a distraught Nixon asking Henry Kissinger, his secretary of state, to kneel and pray with him the night before he announced he would resign. In 1989, this book would be an ABC-TV movie starring Lane Smith as Nixon.

1965: Begins five years in the U.S. Navy. One of his duties: handling nuclear launch codes.

1970: Cancels plans to enter Harvard Law School and goes into journalism instead. After a year at a small weekly in the D.C. suburbs, is hired by the Washington Post.

1972: Is assigned, with Carl Bernstein, to cover a burglary of the Democratic National Committee headquarters

1973: The Post wins a Pulitzer Prize for its Watergate reporting.

2002: The Post wins a Pulitzer Prize for its coverage of America’s war on terrorism. Woodward wrote or co-wrote seven of the 10 stories cited. 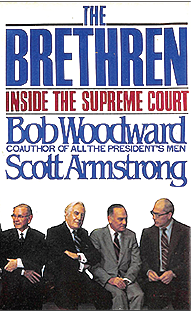 The Brethren: Inside the Supreme Court
With Scott Armstrong
1979

An in-depth look at how the court works. Drew criticism for Woodward’s extensive use of anonymous sources. 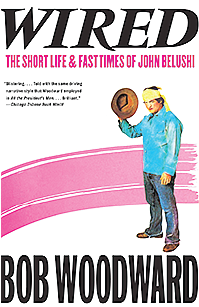 How Hollywood’s pervasive drug culture led to the overdose and death of comic actor John Belushi. 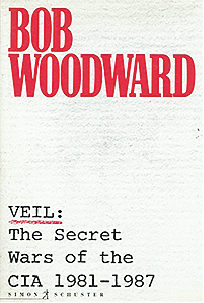 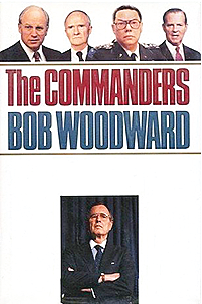 A detailed inside look at the decision-making that led up to the first Gulf War. Gen. Colin Powell was famously referred to as a “reluctant warrior.” 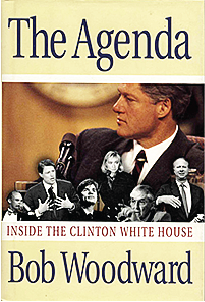 The Agenda: Inside the Clinton White House
1994

Detailed coverage of the disputes, backbiting and tantrums pitched by members of the new Clinton administration. 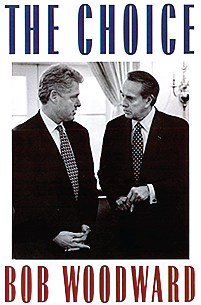 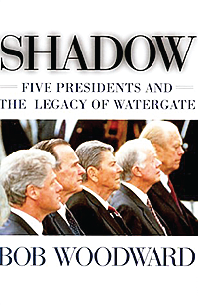 Shadow: Five Presidents and the Legacy of Watergate
1999

How the Watergate scandal has affected the administrations of five subsequent presidents. 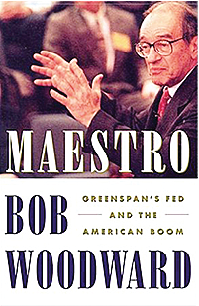 Explains intellectual and political disagreement over the Federal Reserve and its monetary policy. 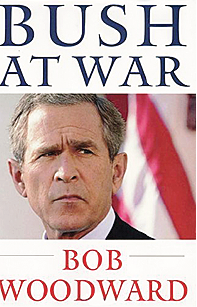 The New York Times Book Review called this book “an unofficial transcript of 100 days of debate over war in Afghanistan.” 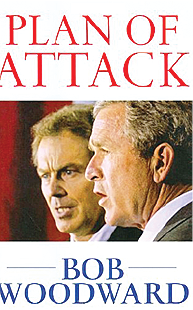 The debate within the Bush administration over going to war in Iraq. Known for detailing vice president Dick Cheney’s “fever” for and “fixation” on a war. 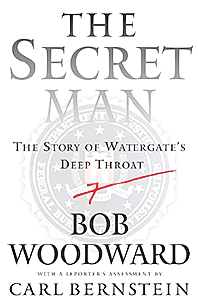 The Secret Man: The Story of Watergate’s Deep Throat
2005

Woodward wrote this one in advance, anticipating the death of his Watergate source. 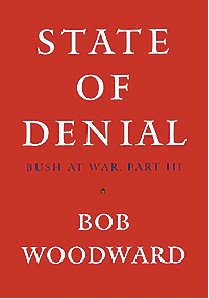 Woodward’s third book about the Bush administration and how it misled the public about how poorly the war in Iraq was going. 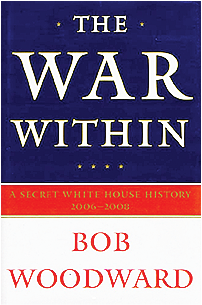 Details tensions in the administration as it changes strategy in Iraq: “Surge” troops and classified operations. 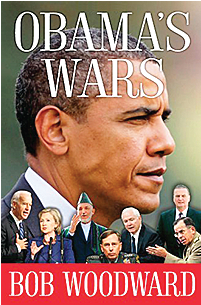 A look at President Obama’s first two years in office — how it approached wars in Afghanistan and Pakistan and the fight against terrorism. 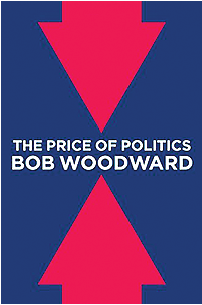 Examined a series of standoffs between Obama and Speaker of the House John Boehner and how this broken relationship affected economic policy. 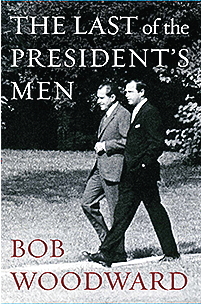 A look at Alexander Butterfield, the man who disclosed the existence of the secret White House taping system. 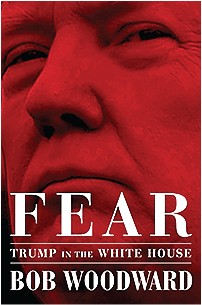 Trump aides struggle to deal with his behavior. Would sell 1.1 million copies in its first week on shelves — most ever for Simon & Schuster.