IN THE LINE OF FIRE

155 years ago today, President Abraham Lincoln was assassinated by a famous actor who was angry in how the Civil War had turned out. He would be the first of four presidents to be killed in office. 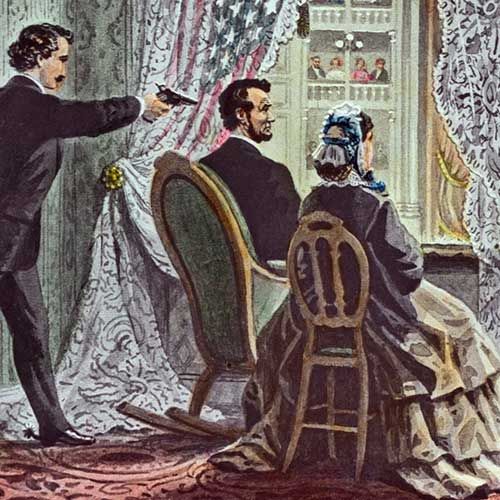 President Abraham Lincoln became the first president to be killed in office when he was shot while watching a performance at Ford’s Theater in Washington, D.C.

His attacker, John Wilkes Booth, was a well-known actor at the time but also a Confederate sympathizer. North vs. South tensions were high: This happened just five days after Gen. Robert E. Lee surrendered his Army of Northern Virginia at Appomattox Court House.

In March, Booth and six others plotted to kidnap Lincoln, but the president didn’t show up at the time and place where they had expected him.

When word got out that Lincoln and his wife, Mary, planned to take in the comedy “My American Cousin” from a private box at Ford’s Theater on the night of April 14, Booth set out on Plan B. He slipped into the box and fired his .44-caliber single-shot derringer into the back of Lincoln’s head.

A young army officer, Henry Rathbone, was sharing the box. He lunged at Booth but Booth stabbed him with a dagger. He then leaped onto the stage — breaking his leg in the process. Booth then shouted “Sic semper tyrannis!” — Latin for “Thus ever to tyrants,” which also is the Virginia state motto — and, despite his injury, ran outside, jumped on his horse and rode away.

Twenty-three-year-old doctor Charles Leale was in the audience that night. He rushed to the box, found the president struggling to breathe and directed soldiers to carry Lincoln to a boarding house across the street, where he was put into a bed. It was clear the President would die from his wound.

And he did, surrounded by his wife, eldest son Robert Todd and a number of government officials. Lincoln was 56.

A massive manhunt was conducted to find Booth and his accomplices. Union troops tracked him down in a barn on a Virginia farm on April 26. Hoping to flush them out, the soldiers set fire to the barn. Booth was shot in the neck. He would die three hours later.

Four of Booth’s accomplices would be convicted and executed – including Mary Surratt, the owner of the boarding house where Booth and his team had met. She would become the first woman put to death by the U.S. government. 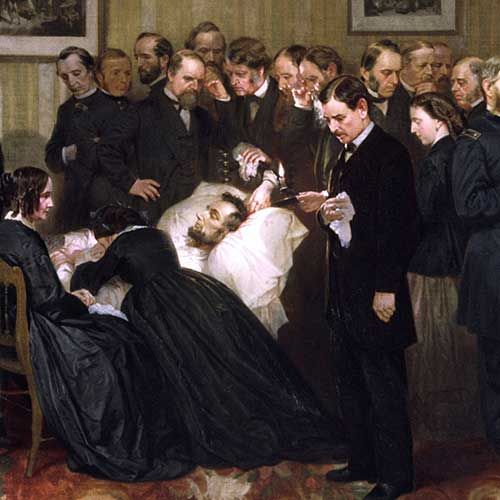 THIRTEEN OTHER TIMES OUR CHIEF EXECUTIVE BECAME A TARGET 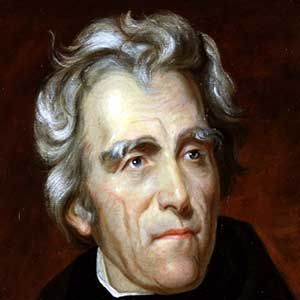 During a funeral procession for a congressman, an unemployed house painter named Richard Lawrence fired a pistol at the president. The pistol misfired – as did a second weapon. By that time, Jackson had counterattacked with his cane. Bystanders had to pull the 67-year-old president away before he beat his attacker to death. 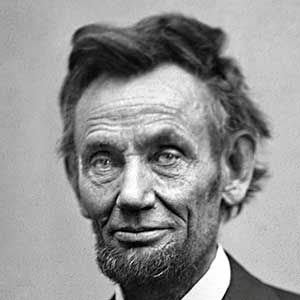 During his presidency, Lincoln spent summer nights at a cottage three miles north of the White House. One evening, his bodyguard reported, Lincoln returned to the cottage minus his hat and saying a loud noise had spooked his horse. The bodyguard found Lincoln’s famous stovepipe hat up the road with a bullet hole in it. 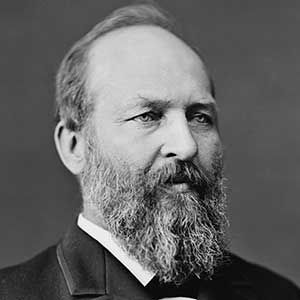 Convinced the president had divided the Republican Party, unemployed political appointment-seeker Charles Guiteau ambushed Garfield at a railroad station and pumped two bullets into his back and arm. The president languished under the poor medical care of the day for more than two months before succumbing from his wounds. 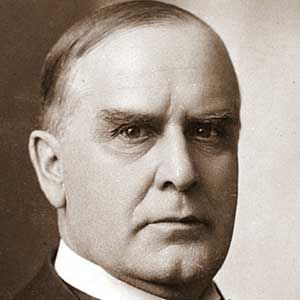 Self-described anarchist Leon Czolgosz joined a receiving line at the Pan-American Exposition in Buffalo and shot the 58-year-old president twice at point-blank range, Despite protection from the Secret Service and other guards. The injured president begged assistants to take care in how they informed his wife. McKinley died a week later. 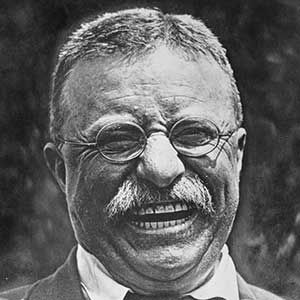 Three years after he left office, Roosevelt decided to run for another term as president. As Roosevelt traveled to a political rally in Milwaukee, John N. Shrank – an unemployed bartender from New York who had stalked Roosevelt for weeks – fired at him with a Colt revolver from just 5 feet away. Roosevelt’s assistant pounced on Shrank. Roosevelt was shot but refused treatment until he had made his speech ... all 90 minutes of it. 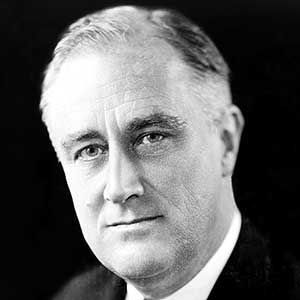 Giuseppe Zangara, an Italian immigrant, fired five shots at the president-elect during a motorcade through Miami. Roosevelt was unharmed, but Anton Cermak, the mayor of Chicago, a Secret Service agent and four bystanders were hit. Roosevelt had Cermak put into his car for fast transport to a hospital, but the mayor died shortly after. 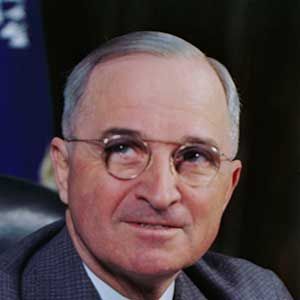 While the White House underwent renovation, Truman and his family lived across the street at Blair House. Two Puerto Rican separatists were killed while trying to shoot their way past guards. A curious president, investigating the noise, had to be ordered away from his bedroom window. One guard was killed and another injured. 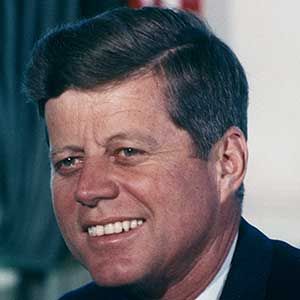 The 46-year-old president was killed during a motorcade in downtown Dallas. Texas Gov. John Connally was wounded. The accused shooter, communist sympathizer Lee Harvey Oswald, was in turn killed by a nightclub owner three days later. To this day, conspiracy theorists debate as to who “really killed Kennedy” and why. 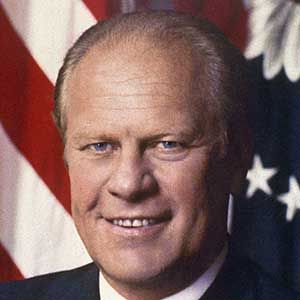 En route to a meeting at the California state capitol, Ford was attacked by 26-year-old Lynette “Squeaky” Fromme – a follower of convicted murderer Charles Manson. As Ford passed by, Fromme pulled out an old Colt .45 pistol, aimed at the President and ... then nothing. Fromme was wrestled to the ground by a Secret Service agent. “It didn't go off,” Fromme wailed. “Can you believe it? It didn’t go off.”

Just 17 days later, Ford was greeting bystanders streetside at San Francisco’s St. Francis Hotel when 45-year-old political activist Sara Jane Moore fired a .44-caliber pistol at him. Moore’s first shot missed. A bystander saw Moore taking aim and hit her arm as she fired a second shot. The bullet ricocheted off a wall and struck a cab driver, who was not seriously injured. 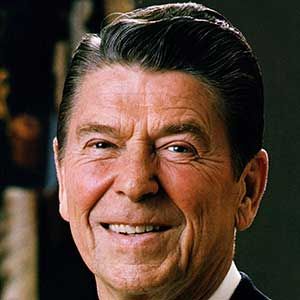 John Hinckley fired six shots at Reagan as the president departed an appearance at the Washington Hilton. Wounded were press secretary James Brady, a Secret Service agent and a policeman. One bullet ricocheted off Reagan’s limousine and lodged in his lung. The 70-year-old president recovered over several weeks. 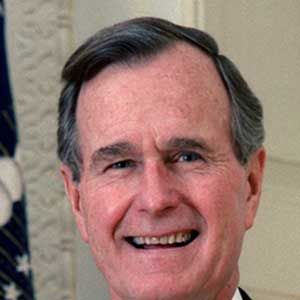 Kuwaiti authorities foiled a plot to kill the former president with a car bomb when they arrested 17 Iraqi sympathizers involved in the plot. After an investigation by the FBI, President Bill Clinton ordered a cruise missile attack on the Iraqi Intelligence Service on June 27 as retaliation for the attempt. 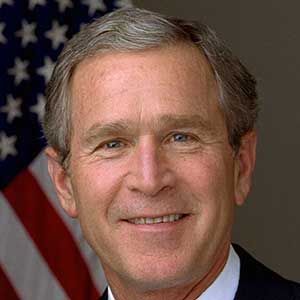 A former IRS accountant with a history of mental illness fired shots at the White House from outside the fence with a .38-caliber handgun until Secret Service agents disabled him by shooting him in the knee. Robert Pickett had bought the gun from an Indiana pawn shop and passed an instant background check.

Political protestor Vladimir Arutyunian threw a grenade at Bush and Georgian President Mikheil Saakashvili when they appeared together onstage during a rally. The grenade cleared a bulletproof barrier and landed about 100 feet away but did not explode. The attacker was tracked down weeks later and eventually sentenced to life in prison.