How did we go from the trustworthiness of “Uncle Walter” and “Chet and David” of the 1960s to today, when so many Americans say they neither trust nor like the news media? It has less to do with news reporting and editing and more to do with rapidly changing technology, nefarious manipulators and a public that often doesn’t take the time to stop and engage in critical thinking.

What is fake news?

Once upon a time — a long, long time ago — fake news was fun. Fake news was satire: a way of making fun of the events of the day and, at times, of the folks who brought us news of those events.

Annual Harvard Lampoon editions poking fun at such outlets as the New York Times and Time magazine were hilarious. As was an HBO TV series called “Not Necessarily the News” that ran from 1983 to 1990. As is the “Weekend Update” segment of the long-running NBC late-night sketch-comedy series “Saturday Night Live.”

“Weekend Update” and other similar satire are often presented as humor, though. With a live studio audience laughing at the jokes, it would be difficult to mistake theses shows as real news. 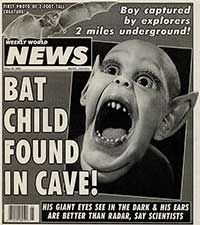 There was also another type of fake news: Fictional stories dressed up to look like real news. The best example of this, perhaps: Supermarket tabloids, in which many of the stories are obviously fake, but some are not quite so obvious.

The danger in this kind of fake news: There are some people who believe these stories are real.

In 1987, the Federal Communications Commission eliminated its long-standing “fairness doctrine,” which required users of public airwaves to provide airtime for opposing viewpoints.

This led to an entire genre of radio and TV shows — Alex Jones, for example — that feature wild conspiracy theories, one-sided political views and downright falsehoods.

There is a sizable segment of the U.S. population that listens to and believes this fake news.

All this has been heightened by the rise in internet usage over the past 25 years. Fake news sites — some aimed at humor and satire, others aimed at deliberately misleading readers — have proliferated. Some of these sites sell advertising, which makes them seem even more like real news sites.

Many social media users tend to pass along links to stories without actually reading them, which just adds to the problem. This has helped create an environment in which it can be difficult to tell the real news from the fake news.

But some do not.

This type of programming has helped condition American TV audiences to the type of “news” that consists of people sitting around and expressing their opinions. Once that happened, the stage was set for ...

The weaponization of fake news and ‘alternative facts’

Political manipulation of the public is as old as politics itself. One might remember from Woodward and Bernstein’s “All the President’s Men” how Nixon campaign operative Daniel Segretti engaged in “dirty tricks” to sabotage opposing campaign efforts. So perhaps it was just a matter of time before modern-day operatives — both within the U.S. and outside the country — used the unstable media situation here to find new ways of messing with the collective American mindset. 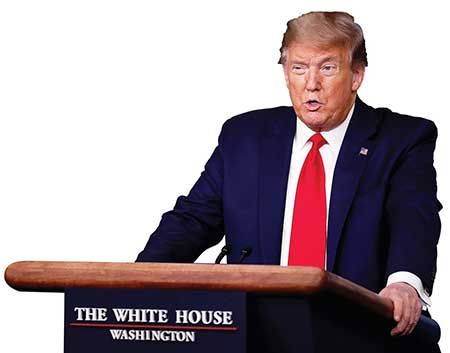 Foreign propaganda operations — most notably, Russia and China — have seized upon social media outlets to spread fake news stories and rumors that, all too often, U.S. users regard as real information.

Twitter has recently begun removing accounts caught spreading false news narratives — and has taken a bit of heat from certain political circles for that. Facebook CEO Mark Zuckerberg has promised changes on his platform but those have seemed slow in coming.

Some of this fake news propaganda hit a high point during the 2016 election. Media experts have warned that without major changes, it could happen again this year.

The Donald Trump administration has capitalized on this situation by repeatedly changing its story and then denying earlier statements. White House counselor Kellyanne Conway in January 2017 famously referred to what NBC’s Chuck Todd called “a provable falsehood” as “alternative facts.”

This has increased over time. As reporters fact-check the administration or Trump’s statements, they are yelled at, bullied, called names and told they are “fake news” — basically, any journalist who questions whatever the President is saying at the time is guilty of engaging in “fake news.”

In the beginning, it was simple name-calling. But as Trump’s media-bashing continued and intensified, it has led to harassment of and threats against journalists — especially those covering Trump’s occasional campaign rallies.

This language has escalated since the start of the coronavirus crisis. The president has bashed reporters — in person via Twitter — who attempt to call attention to false statements and shifting narratives during press conferences or on news programs.

How can I deal with fake news?

Where can I fact-check something?

Sources: “Bunk: The Rise of Hoaxes, Humbug, Plagiarists, Phonies, Post-Facts and Fake News” by Kevin Young, “The Enemy of the People: A Dangerous Time to Tell the Truth in America” by Jim Acosta, “Zucked: Waking Up to the Facebook Catastrophe” by Roger McNamee, The New York Times, The Washington Post, Politifact, the Associated Press, Forbes, Cornell University Library