A History Of Newspaper Puzzles

Puzzles are a relatively recent addition to daily newspapers. The first crossword puzzle appeared in Joseph Pulitzer’s New York World only 106 years ago. Here’s a look at how your favorite pastime developed over the years.

The origin of many of today’s newspaper puzzles was a game that was played in China as early as 190 years B.C. Various versions used numbers and symbols and require users to arrange them in a certain order. They called it "Magic Squares."

In the version played in ancient Pompeii, a player was given a group of words — in Latin, of course — and had to arrange them on a grid so that the words would read the same way across and down.

Among early Americans who were fascinated by Magic Squares: Benjamin Franklin, who created one that was first published in 1767.

Swiss mathematician Leonhard Euler devises a game he calls "Latin Squares." He describes it as a "new kind of Magic Squares." It’s a grid in which each numeral or symbol can appear only once in each direction. This will evolve into today’s Sudoku.

Wynne, a violinist for the Pittsburgh Symphony Orchestra, moved to New York to work for Joseph Pulitzer’s New York World — at the time, the world’s most visually-oriented newspaper, with pictures, illustrations, infographics and cartoons.

Wynne is asked to come up with a new type of puzzle. He draws inspiration from Magic Squares, turning the game on its ear: He discards the anagram-like aspect and places the words on the page himself — but then hides the words, giving readers clues on how the missing letters are to be filled in. 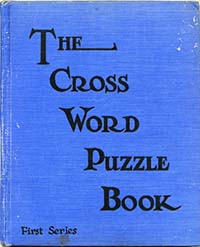 Dick Simon and Lincoln Schuster publish "The Cross Word Puzzle Book" — a collection of puzzles that had run in the New York World and the first-ever book-length collection of crossword puzzles.

By the end of that year, they will have sold more than a million copies — so many that it sets Simon and Schuster on the road to becoming a publishing giant.

The New York Times notes the crossword craze overtaking the city and calls them a "primitive sort of mental exercise" and "a sinful waste" of time. "This is not a game at all," the Times writes, "and it can hardly be called a sport; it merely is a new utilization of leisure by those for whom it would otherwise be empty and tedious."

The New York Evening World runs a story that tells readers "Cross-word puzzles have captivated and possessed New York completely." It reports that crosswords are a great "brain exercise" and urges readers to give them a try.

Nadel would eventually change the feature’s name to "Jumble" and, in 1962, hand off to Henri Arnold and Bob Lee, who would write and draw the puzzle for the next 30 years.

Nadel would go to work for the Leo Burnett advertising agency, where he would play a key role in creating the Pillsbury Doughboy.

His switchboard lights up as teachers call, wanting extra copies to use in their classes.

Dell begins running new puzzles it calls "Number Place." It will take them a few years — and a change of name — before they catch on.

Japanese publisher Nikoli takes the Number Place puzzles, makes a few small changes and renames them "Sudoku" — short for the expression "Sūji wa dokushin ni kagiru": "The digits are limited to one occurrence."

Sudoku becomes a big hit in Japan, where the alphabet isn’t really suited for crossword puzzles. 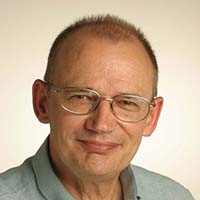 New Zealand-born retired judge Wayne Gould visits Tokyo, finds a book of Sudoku puzzles and sees potential in the concept. Over the next six years, he develops a computer program he calls Pappocom Sudoku that automatically generates Sudoku puzzles.

Gould publishes his first Sudoku puzzle in the U.S. — in the Daily Sun of Conway, New Hampshire.

Gould’s idea for marketing Sudoku in the U.S.: Give the puzzle away for free to newspapers in exchange for plugging his computer applications and books.

By the end of the year, Gould will have sold more than 4 million Sudoku books.

THE CREATORS OF YOUR FAVORITE PUZZLES

These puzzles The Spokesman-Review brings you don’t grow on trees, you know. They’re created by some of the most clever... well, we hesititate to call them "evil geniuses," but that’s pretty much what we’re talking about, right? 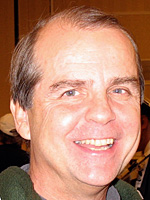 "Tricky Ricky Kane" is a pen name for longtime puzzle creator Mark Danna, assistant to the puzzle editor for the Wall Street Journal. He’s published more than 20 word search books and more than 200 crossword puzzles, including two for The Sunday New York Times and he’s the co-writer of Mensa’s Page-A-Day Puzzle Calendar. He also worked as a staff writer for Who Wants to be a Millionaire. Previously, Danna was a professional Frisbee player and won three national Frisbee championships and a national disc golf championship. 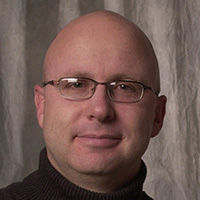 Hoyt gave up a career in finance in 1993 to become a full-time puzzle maker. In addition to his most popular feature, Word Roundup, he also creates Jumble Crosswords, TV Jumble, Pat Sajak’s Lucky Letters and USA Today’s Up & Down Words. Hoyt, who lives in Chicago, has created game apps for phones and casino slot machines and scratch-off lottery games. He’s also sold board games to Hasbro and Mattel. 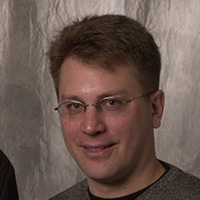 Cartoonist Jeff Knurek is best-known, perhaps, for illustrating the daily Jumble feature — which you can usually find at the bottom right of page two of your daily Spokesman-Review section. Tribune syndicate says the duo reaches more than 70 million readers every day. Knurek lives in Fishers, Indiana, and created the game Spikeball. 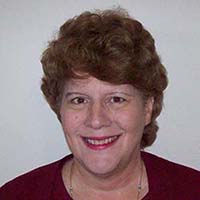 Mathews spent 30 years working for Dell Magazines’ puzzle publications. She founded her own puzzle syndication agency in 1989 and has written four books of word puzzles. The idea behind "The Daily Commuter" puzzle: Clues are more "straightforward" to make this easier for commuters on a bus or train. Mathews also tries to use a bit more humor in her clues. She lives in Everett, Washington. 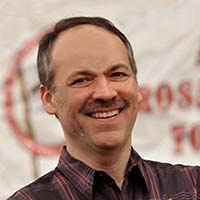 Shortz sold his first crossword puzzle at age 14. Two years later, he became a regular contributor to Dell puzzle publications. Shortz attended law school at the University of Virginia but upon graduation, decided to become a full-time puzzle creator instead. He became the crossword editor for The New York Times in 1993. He wrote riddles for the film "Batman Forever" in 1995 and guest-starred in a 2008 episode of "The Simpsons". He owns and operates the largest table tennis facility in the U.S. near his home in Pleasantville, New York. 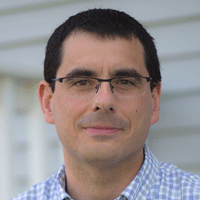 York created his first word game at age 15 with an Atari home computer. He later created 7 Little Words as an electronic game for mobile devices. Apple’s App Store featured the app, which has now been downloaded more than 5 million times. In 2011, 7 Little Words was adapted for use in newspapers. York lives in Caribou, Maine. 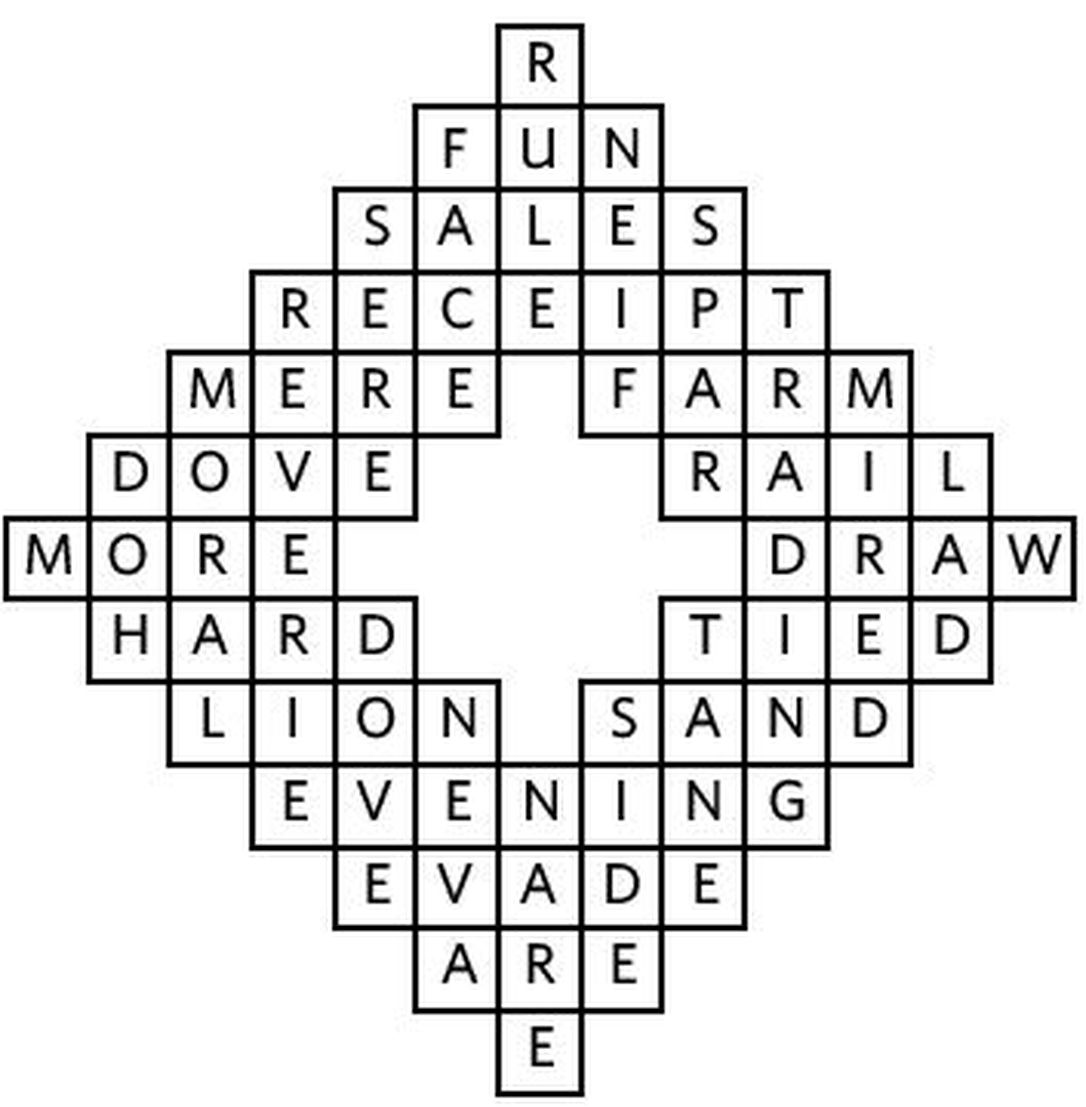 Solution for the 1913 Word-Cross Puzzle