Curling has been around since 16th century Scotland — although many Americans weren’t familiar with it until it reappeared in the Winter Olympics in Nagano, Japan, in 1998. The 2020 USA Curling Nationals will be held, beginning February 8th, at Eastern Washington University.

Each player takes turns throwing a rock. The player places a foot on the hack, or starting block, picks up the rock and slides the rock on the ice. 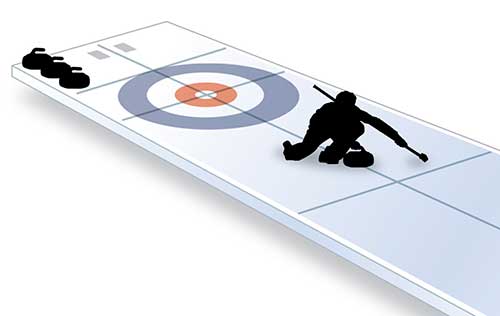 The thrower slides up the sheet, or playing surface, with the rock. The rock must be released before they reach the hog line. The thrower puts a slow spin on the rock as he releases the handle. This can affect the path the rock takes as it travels up the sheet, putting the “curl” in Curling. 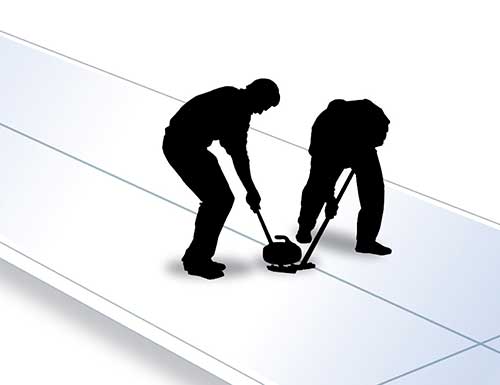 SWEEPING IN FRONT OF THE ROCK

This is the aspect of curling that sets it apart from similar sports like, say, shuffleboard: As the rock slides up the sheet, two players sweep the ice in front of the rock. The friction created by their brooks melts the ice just a bit, causing the stone to hydroplane — which can affect the path of the rock and also how far its slides — reportedly up to 15 feet farther. 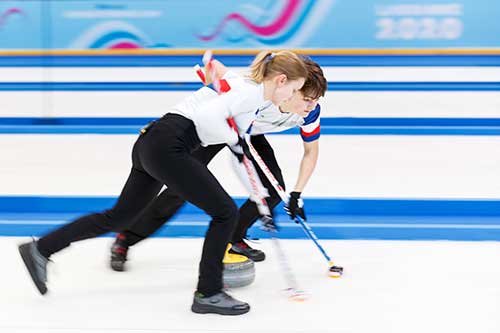 Two players from the Czech Republic in action at the 2020 Winter Youth Olympic Games last month in Champery, Switzerland.

PUTTING THE ROCK IN THE HOUSE

Concentric circles on the sheet show the “house,” or target area. Throwers and sweepers aim to have their rocks stop as close to the white dot in the center — the “tee” — as possible. If the rock knocks opponents’ rocks out of the house? Well, that’s even better. 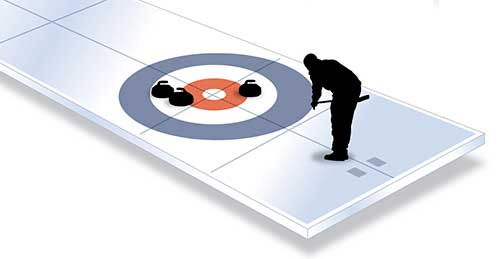 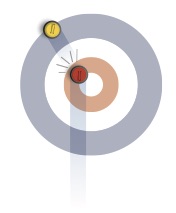 The rock knocks an opponent’s rock from the house, but then remains there itself.

The rock stops in front of the house to protect another rock there. 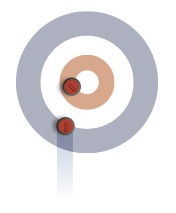 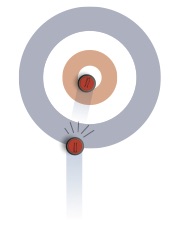 The rock strikes another rock from the same team, knocking it closer to the tee.

Each team has four players. The teams take turns sliding stones toward the house. Each player gets two stones, for a total of eight per “end” — think of an end as an inning in baseball.

The team with the stone closest to the tee wins that end. That team gets one point for each stone between the tee and the opponent’s nearest stone.

The teams then swap ends — which is where that term comes from — and they start over again.

A game consists of 10 ends.

The playing surface of ice has a finely-pebbled texture.

The bottom of the stone has a ridge less than half-inch wide to glide over the pebbled surface of the ice.

The granite for the 42-pound curling stone comes from two places: Aisla Craig, a volcanic island off the coast of Scotland and Trefor, Wales. 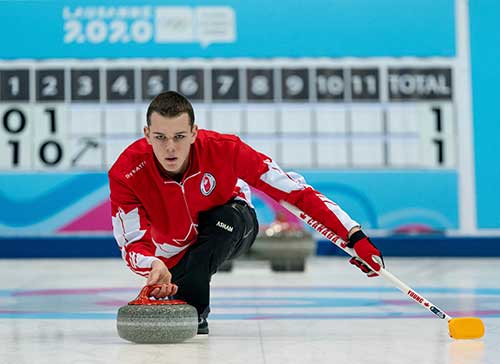