Killian Tillie scored 20 points, Filip Petrusev had 16 and 10 rebounds and the Gonzaga Bulldogs fended off the Pepperdine Waves 75-70 at McCarthey Atheltic Center on Saturday night.

Colbey Ross scored a game-high 24 points and had 10 assists for Pepperdine. The junior guard played all 40 minutes and was 9-of-21 shooting. He also had 10 turnovers.

Pepperdine raced out to a 13-11 lead in the first five minutes behind 11 points from Ross. Gonzaga adjusted its defense, going to a 3/4-court trap to change the tempo and get the ball out of Ross’ hands.

It worked as Ross didn’t score for 12 minutes and the Zags built a five-point lead. The lead didn’t last long as the Waves were able to pull even at halftime.

Like on Thursday at Portland, Gonzaga came out of the break firing and built a six-point lead behind a 7-0 run.

Pepperdine, again, didn’t go away and ripped off a 9-0 run of its own to take a two-point lead with just under 12 minutes left.

Admon Gilder, who came off the bench to score 11 points for GU, hit a 3 to break a 59-59 deadlock with just over 8 minutes to play and followed that up with a layup a minute later to push the lead to five.

After the Zags built a late 71-63 lead, Pepperdine roared back once again, going on a 7-2 run to get within three with a minute left.

But that was as close as they would come as Ross’ potential tying 3-pointer was blocked by Tillie with 6 seconds left.

Analysis: No. 1 Gonzaga has plenty to work on after outlasting Pepperdine 75-70

And just like every team in college basketball, the Bulldogs have several items to address on their to-do list. Some of those made repeat appearances Saturday as the Zags outlasted Pepperdine 75-70 in front another packed house of 6,000 at the McCarthey Athletic Center. | Read more »

John Blanchette: Something’s afoul at the free-throw line for nation’s No. 1 team

Not quite 7 minutes on the clock had elapsed Saturday night when a whistle sent Gonzaga to the foul line for the first time. | Read more »

TV Take: Gonzaga fends off pesky Pepperdine with one of GU’s own calling the action on ESPN2

When Gonzaga fans turn on ESPN2 to watch their Zags play, they expect to get a different perspective from the self-proclaimed Worldwide Leader. | Read more »

Gonzaga-Pepperdine: 3 keys to the Bulldogs’ victory over the Waves 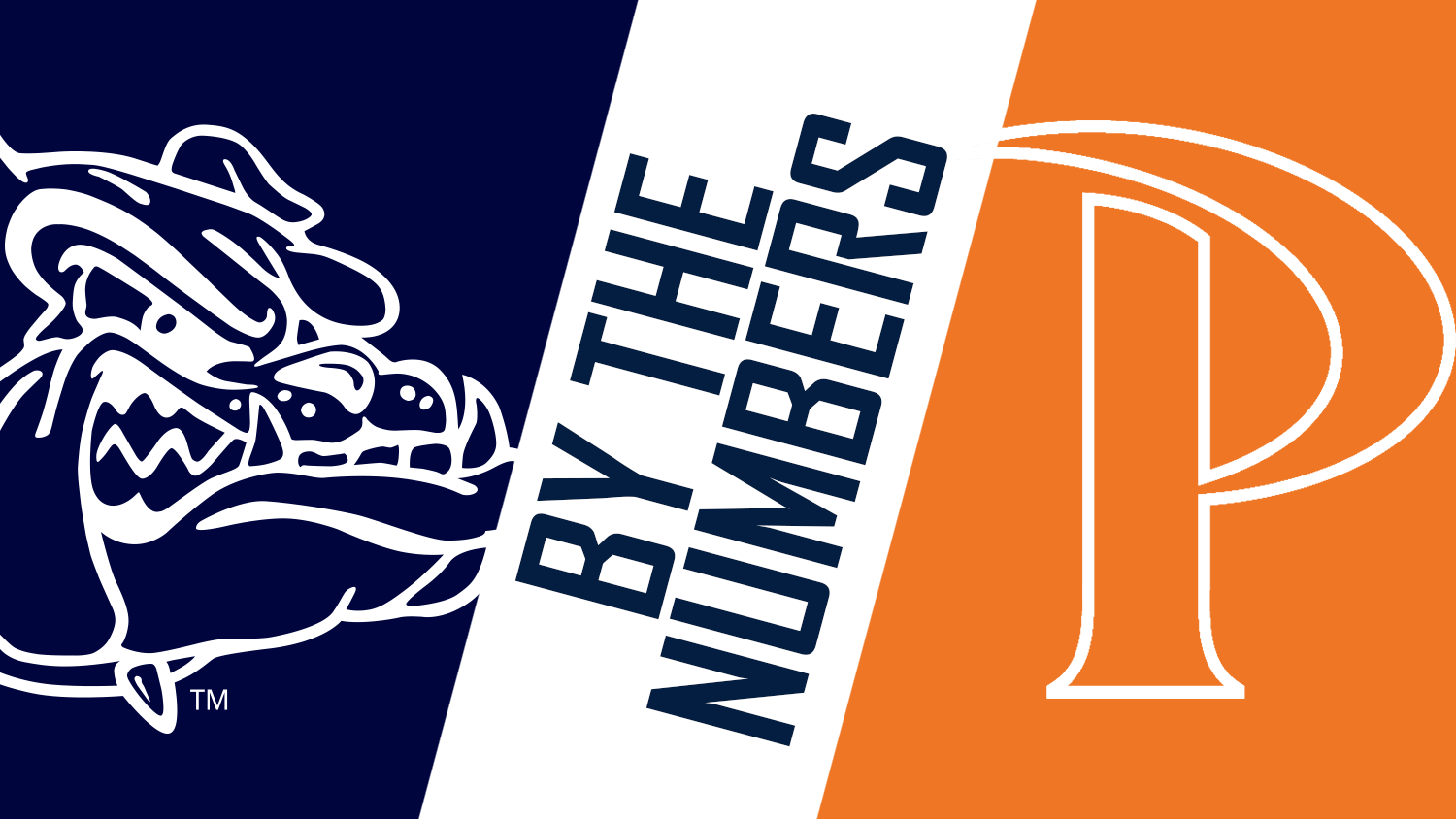 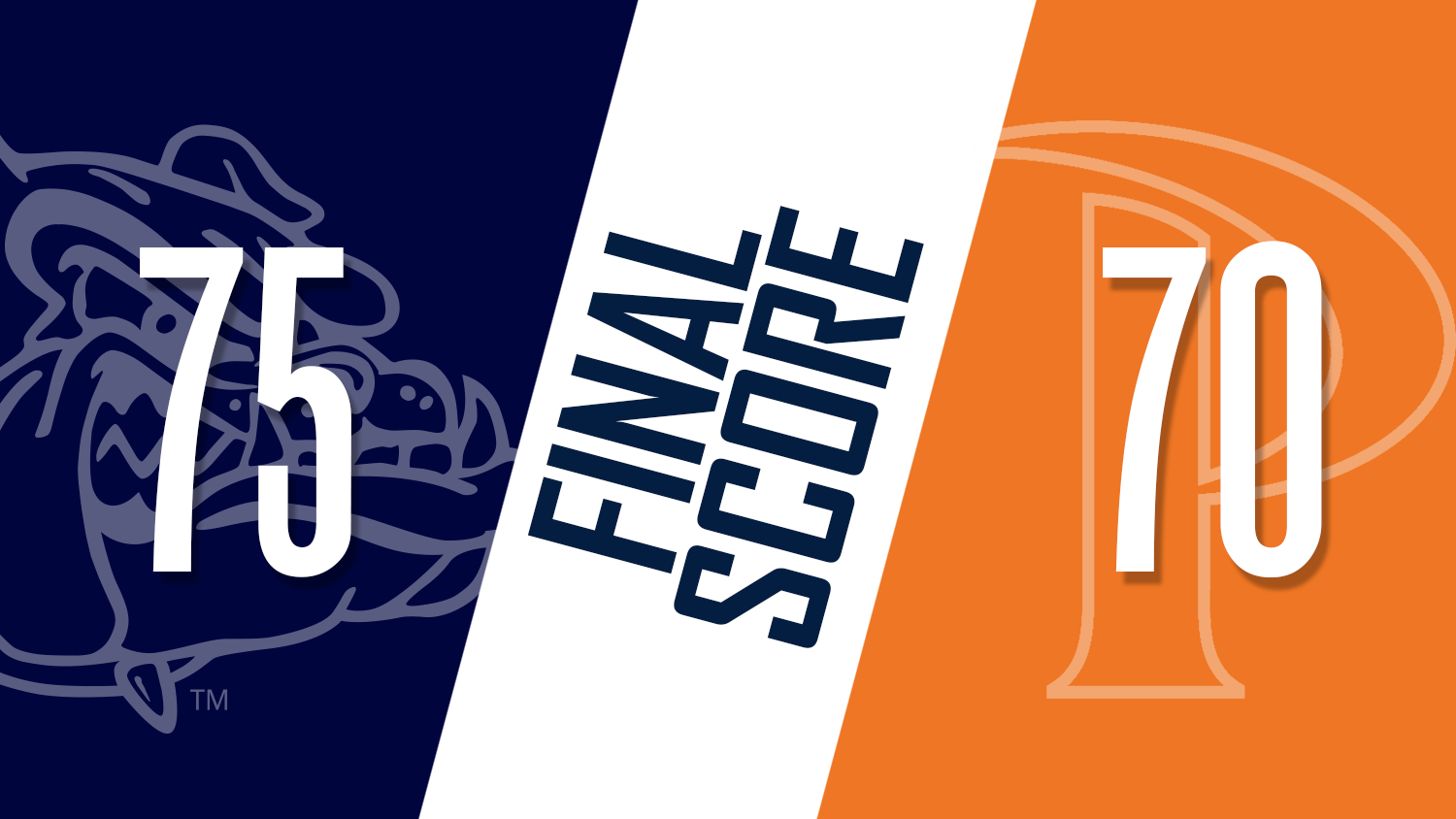 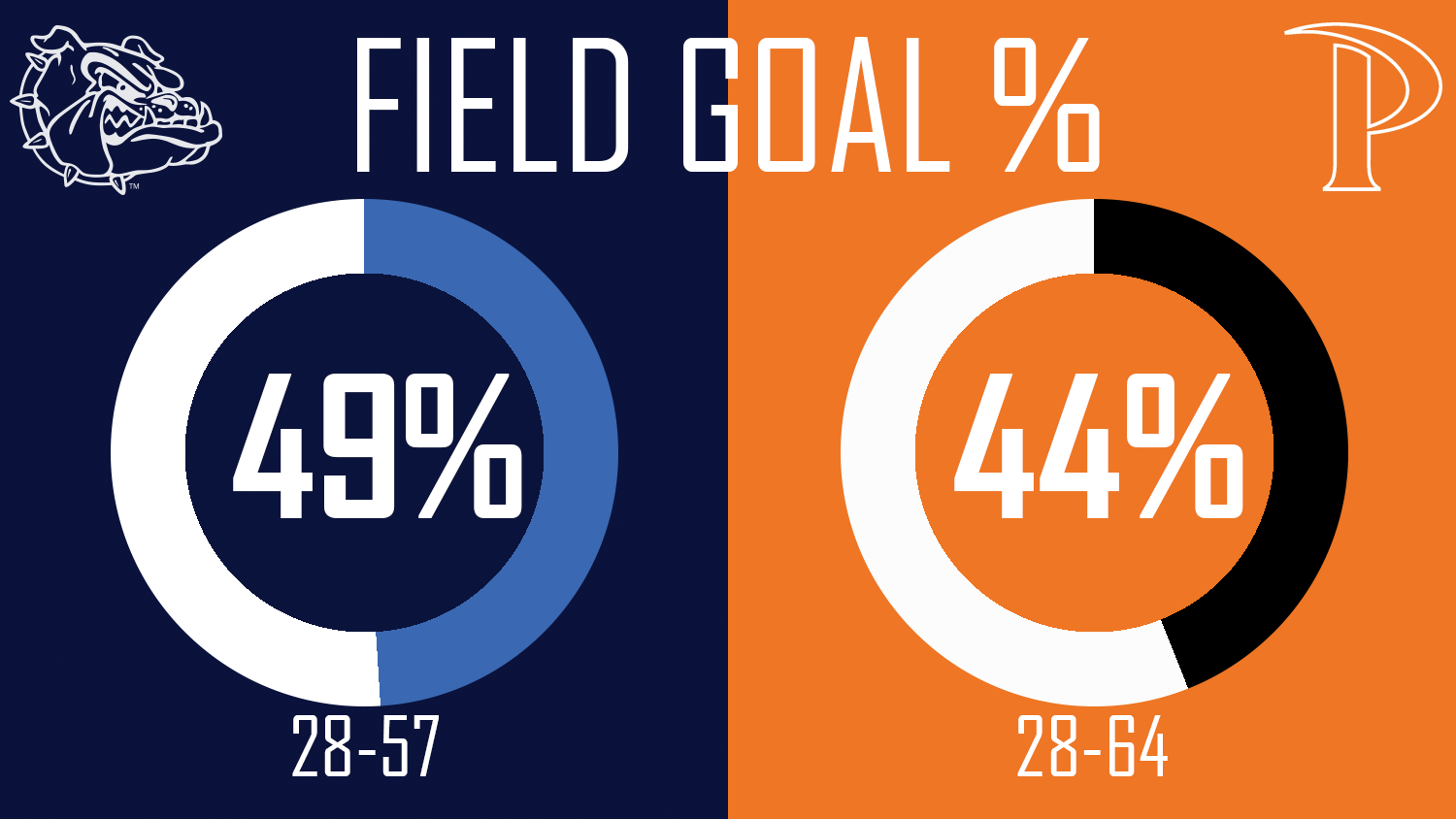 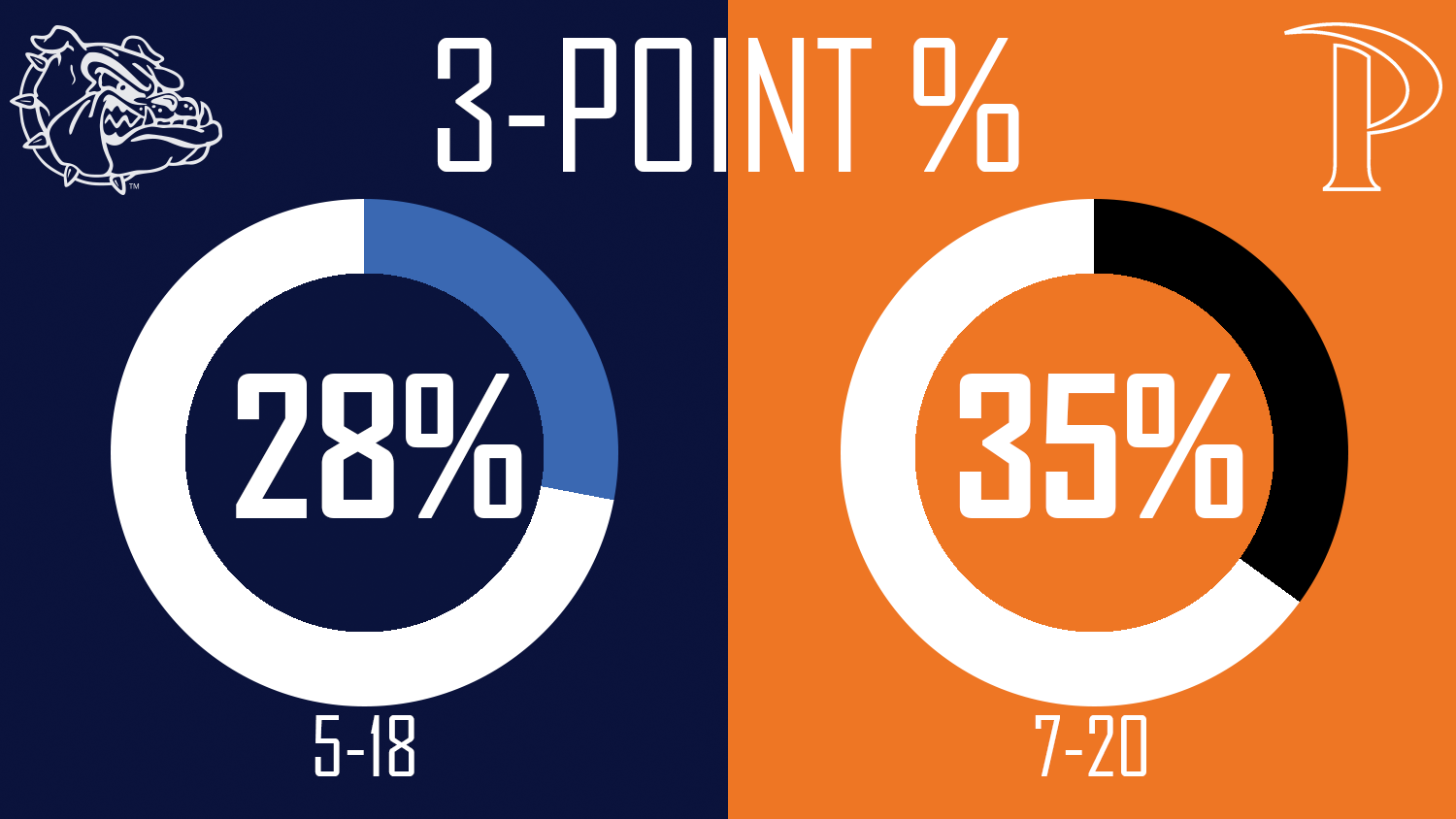 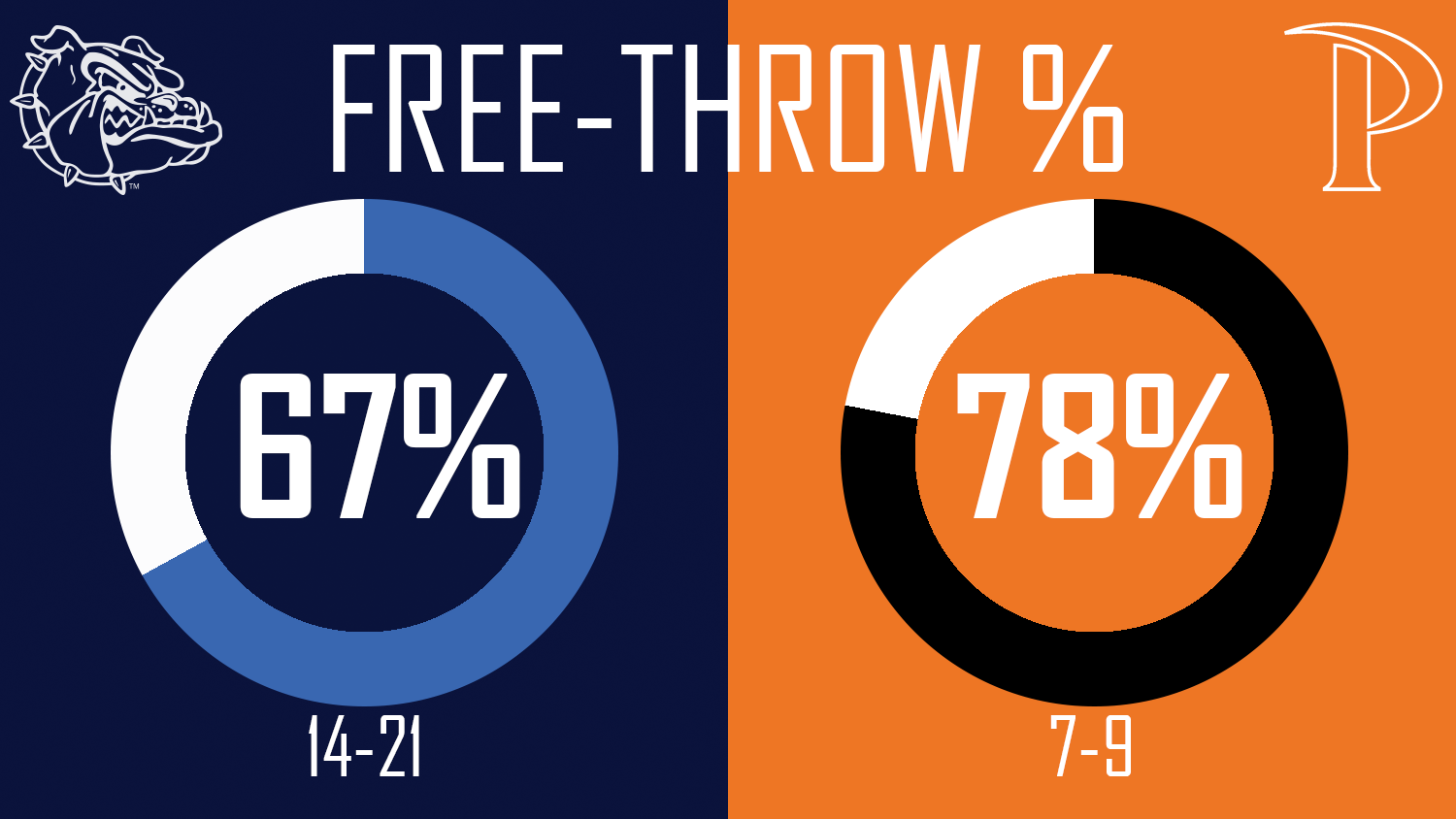 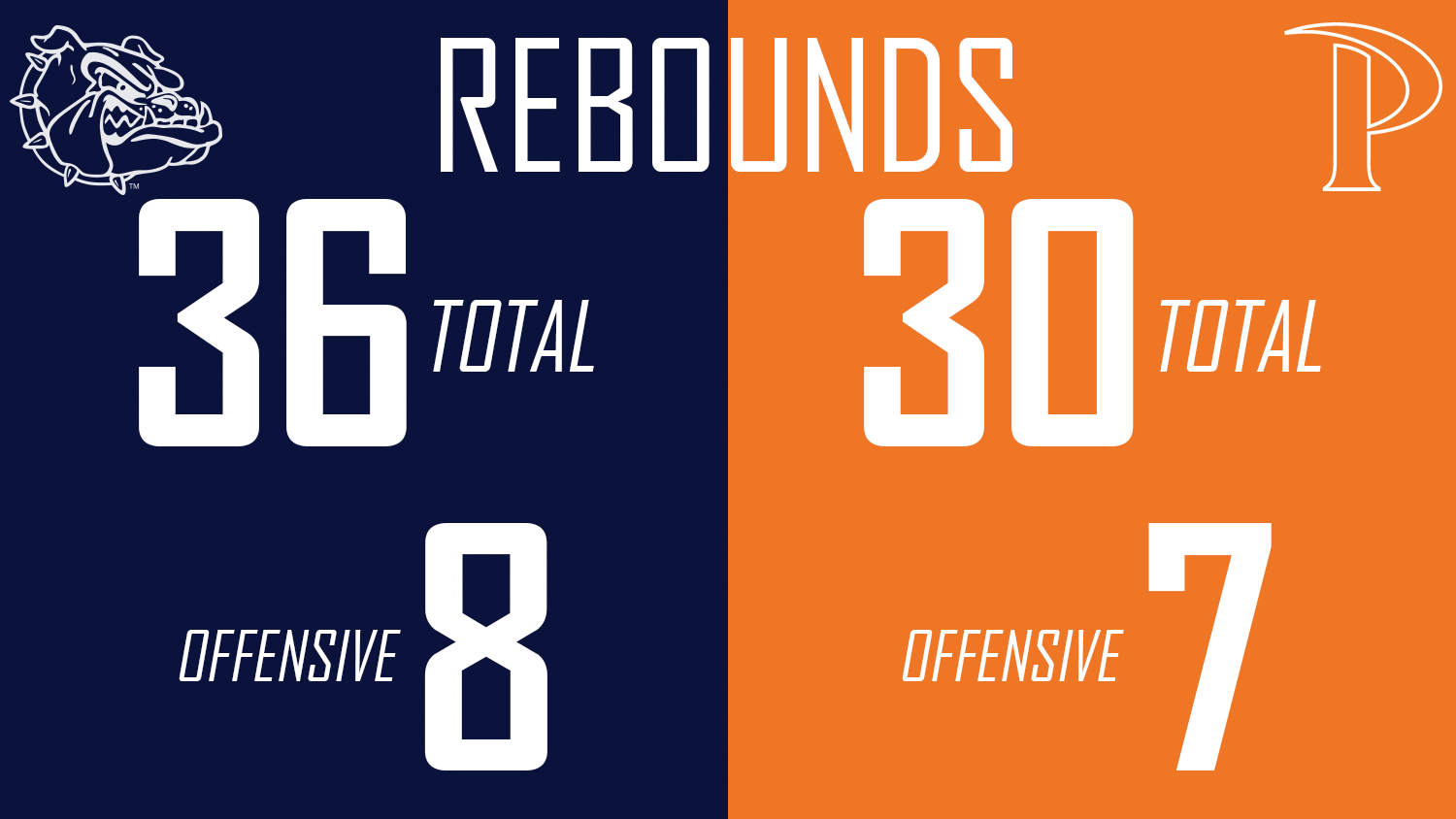 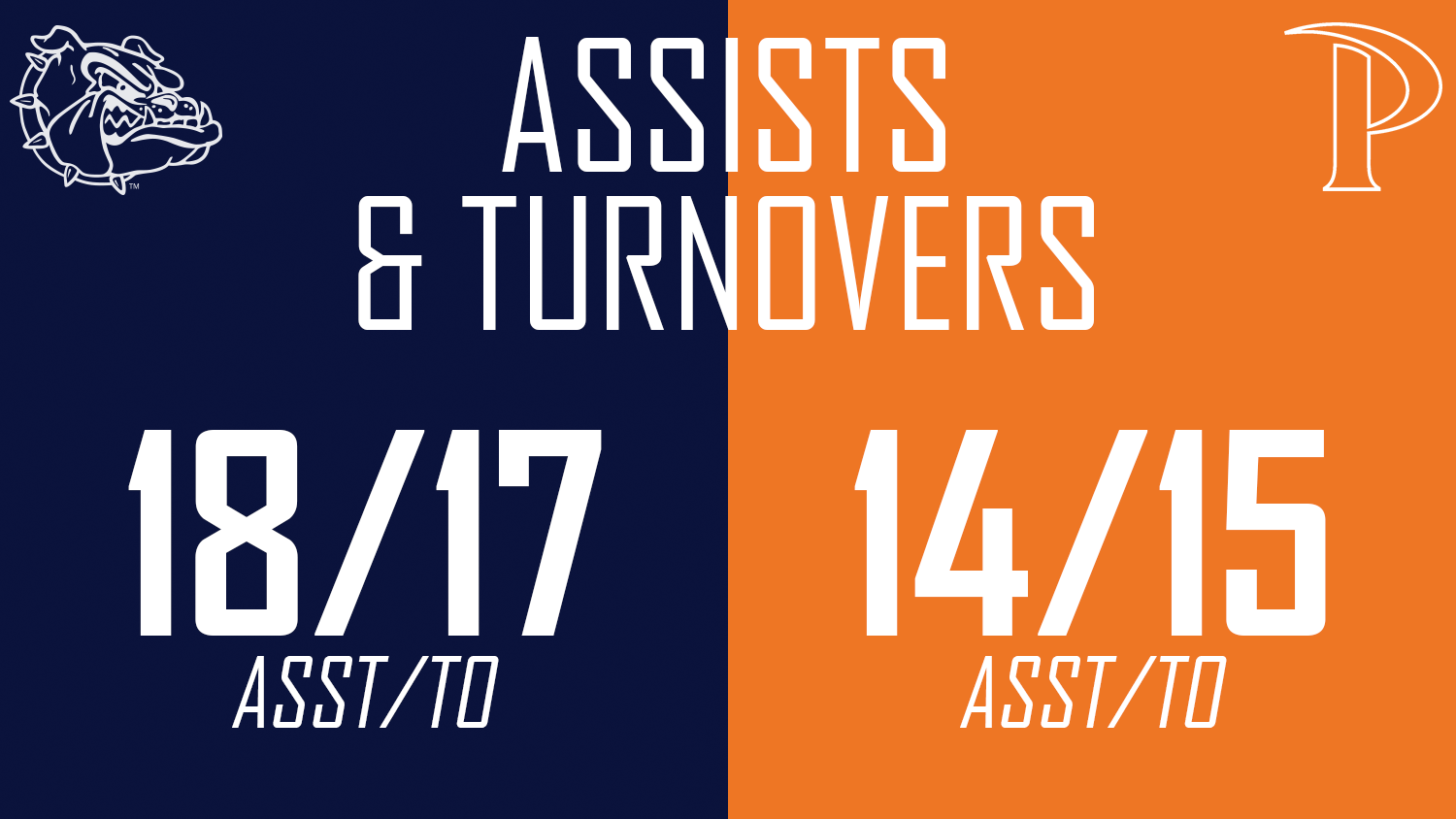 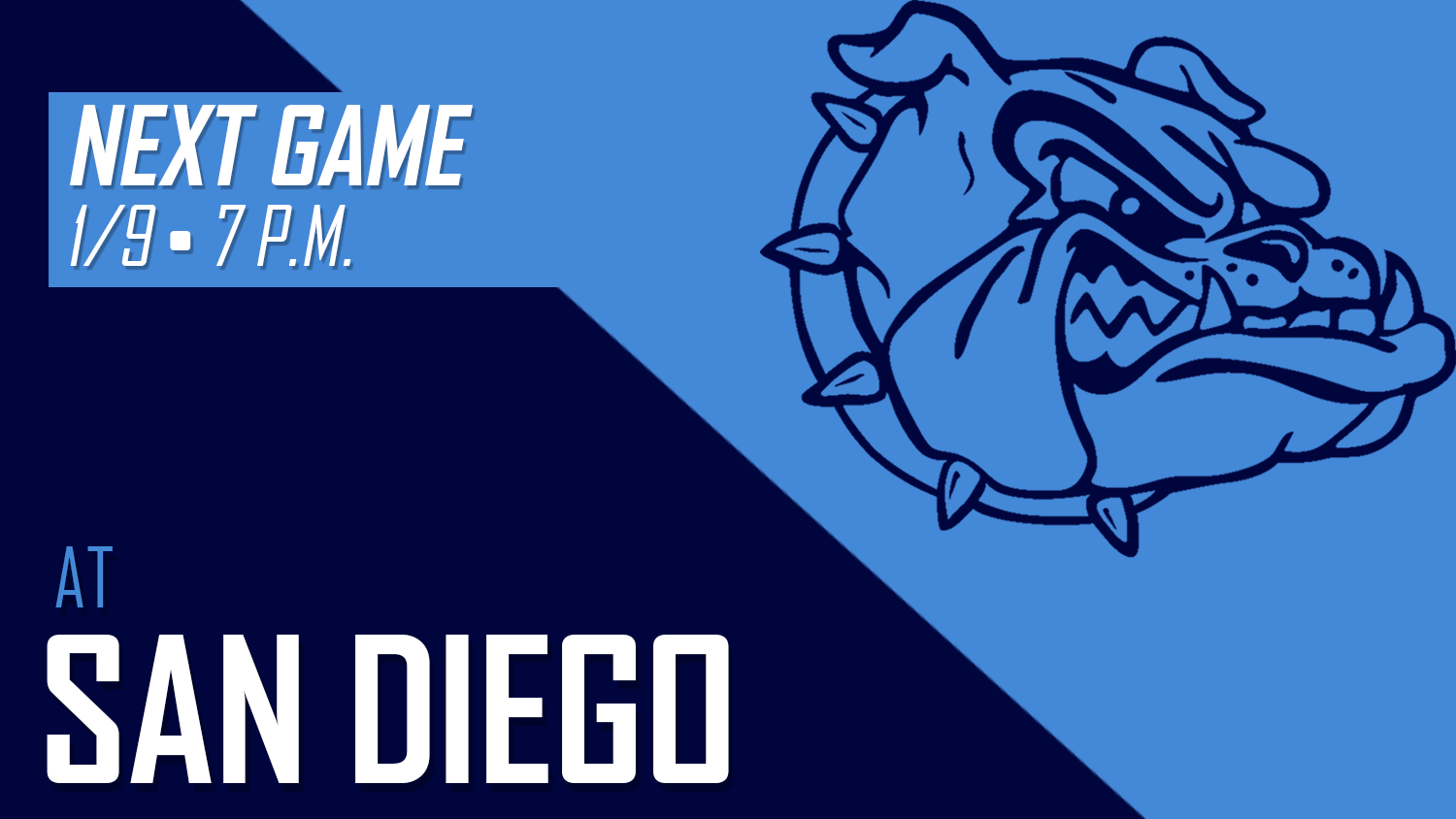 15:39 – Gonzaga 8, Pepperdine 8: Killian Tillie has six points for Gonzaga while Colbey Ross has six for Pepperdine.

The Waves have asked Ross to create his own shot off the dribble, and the junior guard has gone 3 of 4 from the field on pull-up jumpers.

The Bulldogs have focused on working the ball inside, and Tillie has made it count, going 3-of-4 shooting.

Ross, the Waves do-it-all guard, has only missed one shot and has two assists.

The Bulldogs have spread the scoring around. Killian Tillie leads GU with six points, Filip Petrusev and substitute Admon Gilder each have four, and Corey Kispert has three.

7:50 – Gonzaga 27, Pepperdine 20: The Zags have turned up the defense intensity and taken control.

Gonzaga switched up its defense a bit, extending their traditional half-court, man-to-man defense into a 3/4-court trap after made baskets and Pepperdine has failed to respond.

With freshman forward Anton Watson at the top of the trap, the Bulldogs have forced the ball out of Pepperdine leading-scorer Colbey Ross’ hands with the trap. Ross has 11 points, but hasn’t scored in over four minutes.

Bothered by the defense, the Waves have made just 1 of their last 7 shots and have turned the ball over seven times.

The Bulldogs are struggling to shoot from deep tonight, connecting on just 1-of-8 3-pointers.

Half – Gonzaga 37, Pepperdine 37: Colbey Ross has 15 points for Pepperdine and the Waves are hanging with the No. 1 Bulldogs at the break.

Killian Tillie leads Gonzaga with 10 points. The Bulldogs are just 1 of 9 from 3-point range and have turned the ball over nine times.

Filip Petrusev and Joel Ayayi have each added six points for the Zags. Corey Kispert and Drew Timme have both chipped in five.

Gonzaga has scored 30 points in the paint.

Ross was hot early, racking up 11 points in the first five minutes to give Pepperdine a two-point lead.

The Bulldogs switched up their defense, using a 3/4-court trap to change the tempo and Ross cooled off, not scoring again until 2:30 left and the Waves trailing by five. Ross has played all 20 minutes.

16:00 – Gonzaga 48, Pepperdine 42: A transition 3 from Corey Kispert followed by a one-handed jam by Killian Tillie pushes the Zags lead to 6.

Tillie and frontcourt-mate Filip Petrusev each have 12 points to lead GU.

Colbey Ross still leads the Waves with 15 points, but hasn’t scored this half, taking just one shot.

Kispert has eight points and has made Gonzaga’s two 3-pointers. GU is shooting just 20% from deep.

Gonzaga hasn’t scored in 3 minutes, 30 seconds and in just 1 of its last 5 shooting.

Colbey Ross continues to lead Pepperdine. The guard has 17 points on 7-of-14 shooting. Jan Zidek has 11 points and Kameron Edwards has 10.

Killian Tillie is up to 18 points for the Zags.

Colbey Ross has 20 points for Pepperdine, but has turned the ball over 10 times.

Gonzaga has turned the ball over 16 times with just 15 assists.

3:54 – Gonzaga 69, Pepperdine 63: Gonzaga holds a 6-point lead at the final media timeout thanks to 18 points from Killian Tillie and some improved shooting in the second half.

Tillie is 8-of-14 shooting and has four assists and four rebounds.

Gonzaga shot poorly from the 3-point range in the first half (11.1%), but has connected on 4 of 8 in the second. Joel Ayayi just buried the most recent to push the lead to 6.

That changed Friday night when Suggs announced his commitment to Gonzaga, removing his jacket to reveal a ‘Zag Up’ shirt on ESPN2. | Read more »