On this date 60 years ago, the first test missiles were successfully launched from a submerged submarine. The newly commissioned nuclear-powered U.S.S. George Washington fired two Polaris missiles from a depth of about 50 to 60 feet, 30 miles off Cape Canaveral, Florida. The successful test kicked off a new age of ballistic missile submarines.

The Washington would be retired in 1985 and then scrapped at the Puget Sound Naval Shipyard in 1998. The name USS George Washington now applies to a nuclear-powered aircraft carrier commissioned in 1992.

How the Polaris evolved

Submarine-based Polaris missiles and their descendants have never been particularly accurate – only to within 3,000 feet of a specific target. This made them unsuitable for strategic military targets. However, because submarines could operate under the sea and virtually undetectable, this made sub-borne missiles immune to enemy attacks. Development progressed rapidly through the 1960s and 1970s. The current Trident models can carry MIRVs: multiple independently targetable reentry vehicles – warheads that can then separate and strike multiple targets. 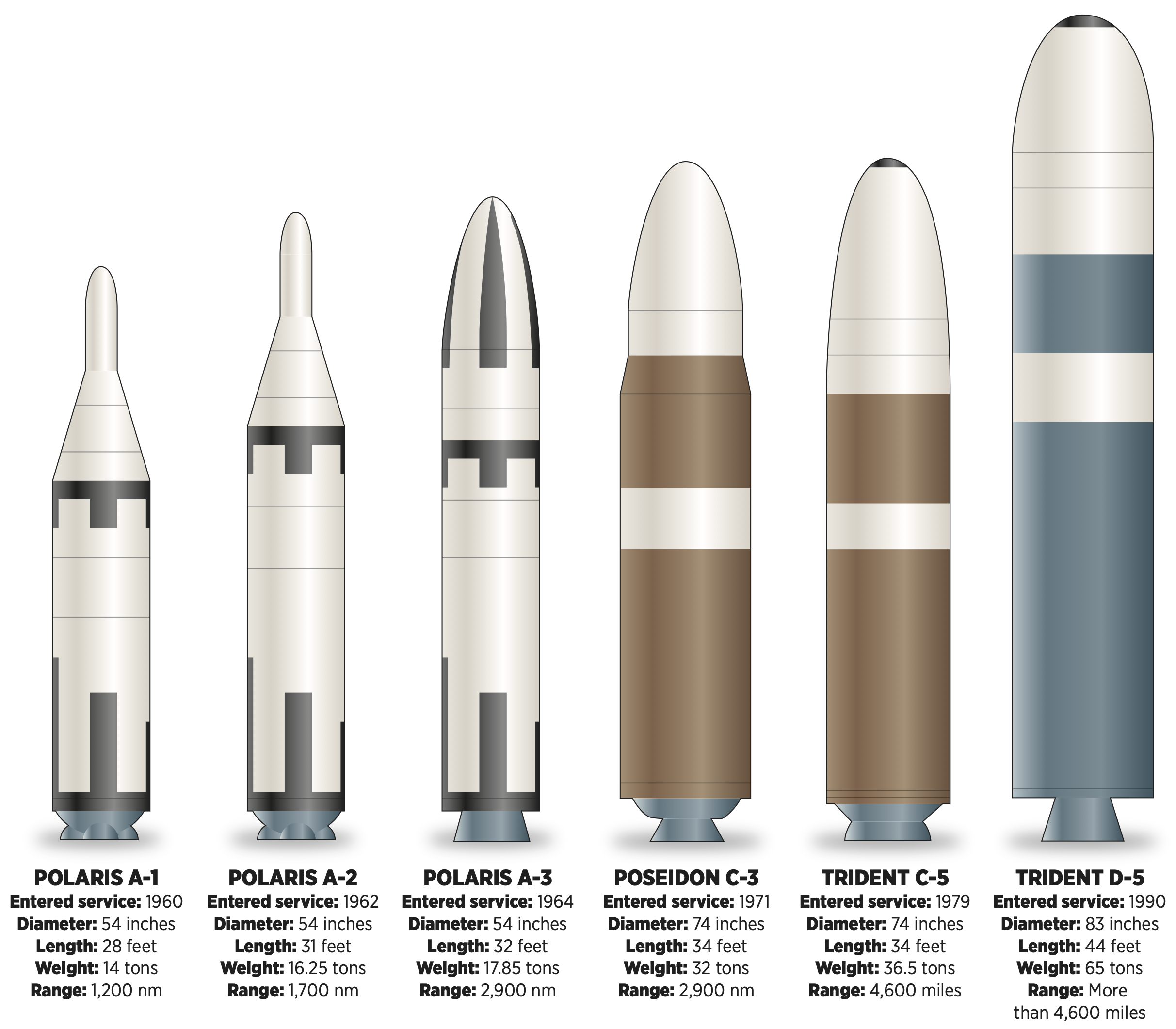 At last count, the U.S. Navy has 72 nuclear-powered submarines capable of carring modern Trident nuclear missiles or cruise missiles. The giant Ohio class can carry up to 24 missiles.

The collapse of the Soviet Union and the end of the Cold War in 1991 led to the cancellation of the expensive Seawolf Class line after just three were completed. The newest Virginia Class models are expected to remain in service until the 2060s or 2070s.

Planned: 26 more, but those have been canceled

Planned: 47 more, 11 of those are now under construction