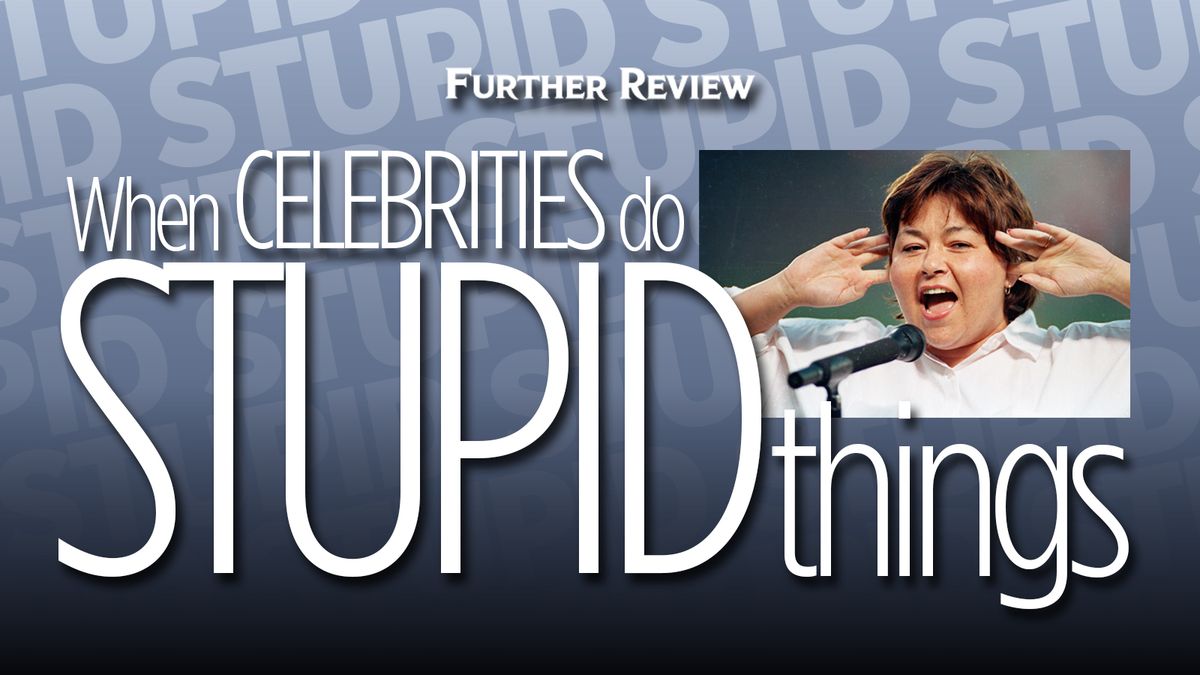 Thirty years ago Saturday, comedian and TV sitcom star Roseanne Barr attempted to sing the national anthem before a San Diego Padres game at Jack Murphy Stadium. The result – with wildly off-key notes, screeching, occasional giggles and a crotch-grabbing coda, was widely criticized. But for some celebrities, behavior like that is just another day at the park. 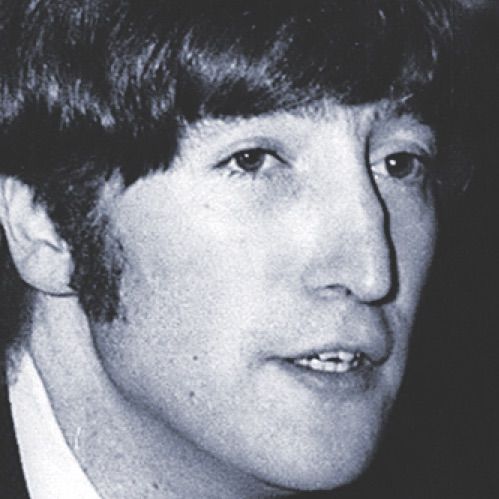 WHO: One of the Beatles. They were famous pop music group. Google ’em.

WHAT HAPPENED: Lennon told the London Evening Standard, “We’re more popular than Jesus now.” He added that Jesus’ disciples were “thick and ordinary” and that he was convinced Christianity “will vanish and shrink.”

REDEMPTION: Plenty. The Beatles continued to sell lots of records and John was highly regarded by rock music lovers until his death in December 1980. 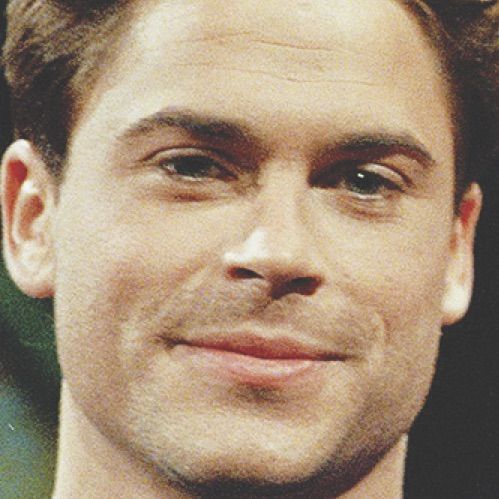 WHO: Former teen heartthrob actor and a member of Hollywood’s “brat pack.”

WHAT HAPPENED: The night before the 1988 Democratic National Convention in Atlanta, Lowe videotaped himself in his hotel bed with two women. One turned out to be underage.

FALLOUT: Lowe claimed he didn’t know the woman was underage. He agreed to perform 20 hours of community service to avoid criminal charges.

REDEMPTION: Most definitely. Lowe went on to star in a number of movies and TV shows, including the early seasons of “The West Wing.” Since then, he’s gone into producing and voice acting for cartoons as well. 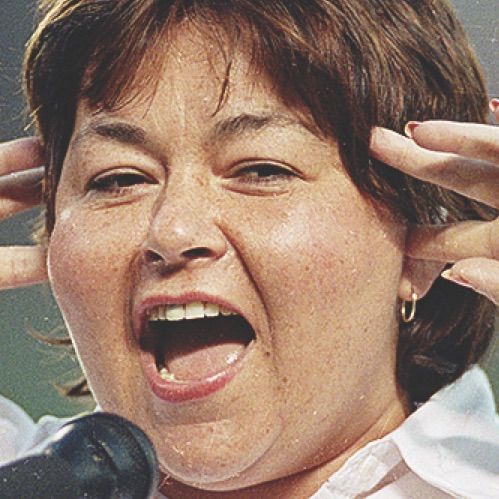 WHO: A popular comedian and Emmy Award-winning star of her own TV sitcom.

WHAT HAPPENED: Barr sang the National Anthem before a San Diego Padres baseball game. She sang off-key, screeched the high notes, appeared to giggle at times and ended by grabbing her crotch and spitting.

FALLOUT: It was immediate. San Diego is a big military town. The crowd of 27,000 booed loudly. President George H.W. Bush called her performance “disgraceful.” The incident launched dozens of sports and entertainment columns.

REDEMPTION: Barr has recovered, to some extent, but only because this was just one of many outrageous stunts she’s pulled: posing in a magazine as Adolf Hitler, supporting various conspiracy theories and so on. 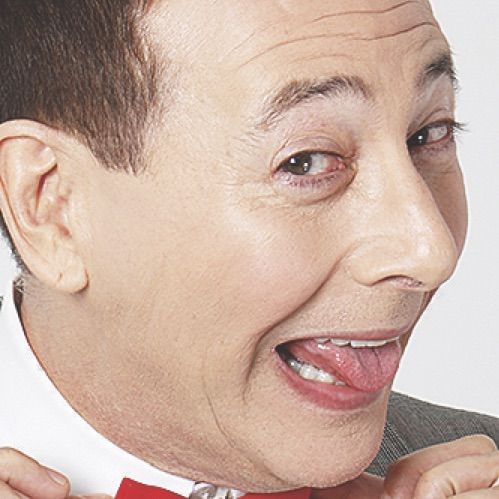 WHAT HAPPENED: He was arrested in Sarasota, Florida, for indecent exposure in an adult movie theater.

FALLOUT: His children’s TV show had been canceled the previous fall, which made it easy for Reubens to lie relatively low for several years.

REDEMPTION: Yes. He paid his fine and court costs and recorded anti-drug public service messages. He’s appeared in various roles on TV and in movies and even revived “The Pee-wee Herman Show” on Broadway. 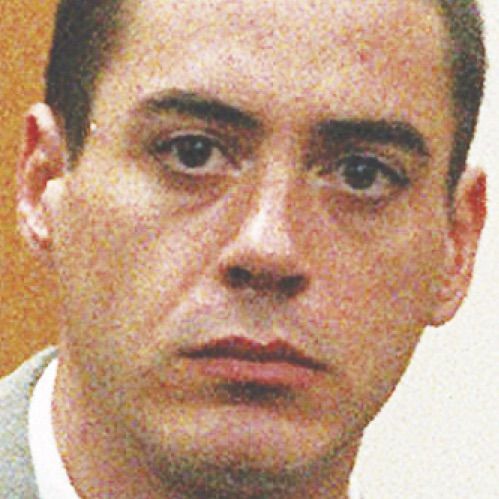 WHO: Movie star and a member of Hollywood’s “brat pack.”

WHAT HAPPENED: Downey was in and out of jail and rehab during the early years of his career. In 1997, he blew off a court-ordered drug test and spent six months in jail. He missed another drug test in 1999 and spent another year in jail.

FALLOUT: The talented Downey spent five years battling addiction. He was forced to restart his career with bit parts in small movies, TV shows and even an Elton John music video.

REDEMPTION: Absolutely. Downey parlayed his experiences into an intuitive portrayal of playboy millionaire Tony Stark in the Marvel superhero movies. Downey is now one of the world’s highest-grossing movie stars. 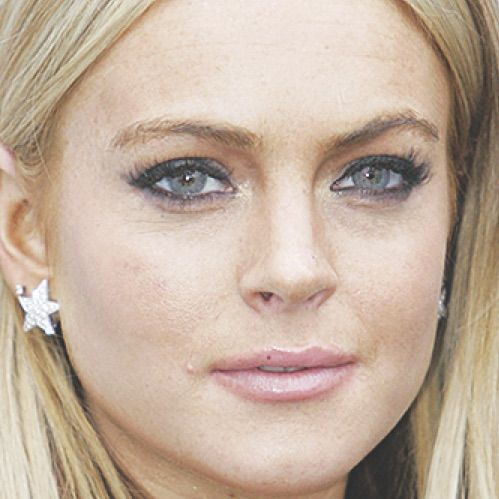 WHO: Disney-affiliated child star who grew up.

WHAT HAPPENED: Lohan’s professional reputation suffered with frequent nightclubbing and substance abuse. She was arrested twice for DUI in 2007. Her probation was revoked in 2010 after she failed a drug test.

FALLOUT: Lohan became virtually unemployable – reportedly, no studio could buy insurance on a movie on which she worked. As late as last year, she was still working off her community-service hours.

REDEMPTION: In progress. Lohan has bounced back with low-budget films, some stage work and a documentary series on Oprah Winfrey’s network. She’s resumed recording and released a new single in April. 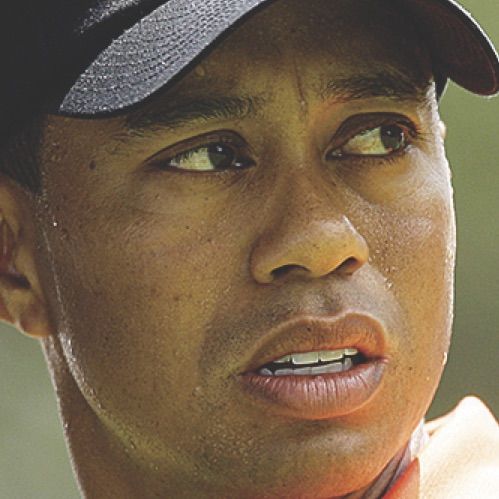 WHO: 14-time major tournament winner and the youngest golfer to win the Masters.

WHAT HAPPENED: Tabloid reports of Woods’ infidelity were capped when he crashed his SUV near his home. He took months off from golf and attended therapy, but his marriage dissolved anyway.

FALLOUT: Woods lost lucrative partnerships with AT&T, Gatorade and General Motors. More important, his golf game became erratic. He developed back problems in 2014 that set the clock back on his comeback efforts. 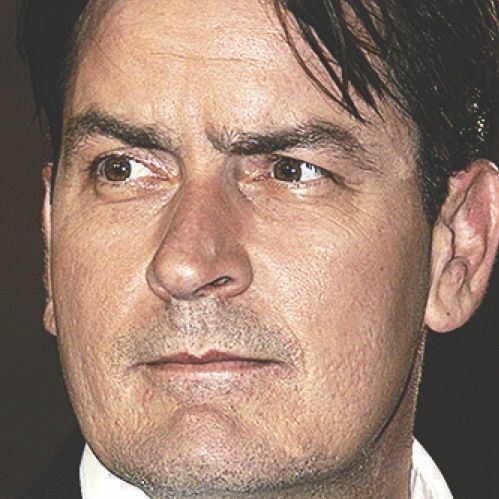 WHO: Star of movies and the popular TV sitcom “Two and a Half Men.”

WHAT HAPPENED: While Sheen’s indulgences in illicit substances and relationships were almost legendary in Hollywood, he topped himself in 2011 by going on a media tirade against the producers of his TV show.

FALLOUT: Eventually, CBS-TV and Warner Bros. had enough of the verbal abuse. They fired him from the show and replaced him with Ashton Kutcher. Sheen’s meltdown continued and worsened.

REDEMPTION: To a minor extent. Sheen starred in the aptly named FX series “Anger Management” and contritely admitted in 2015 he was HIV-positive. 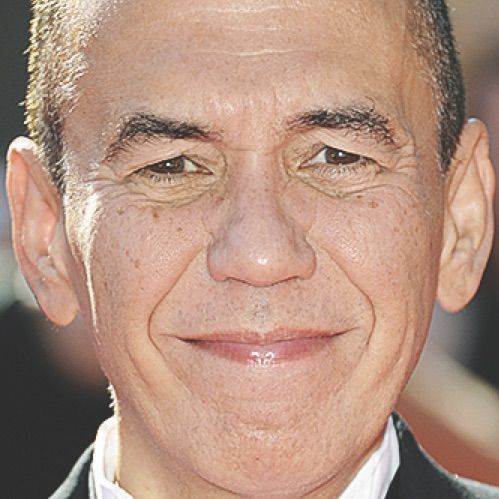 WHO: Comedian, actor and voice actor who provided the voice of the AFLAC TV ad duck.

WHAT HAPPENED: The day after a horrific earthquake and tsunami struck Japan, Gottfried took to Twitter to make a number of ill-advised jokes about the tragedy.

FALLOUT: Gottfried’s string of one-liners went viral – Buzzfeed even posted a “top 10 worst” list of Gottfried’s tweets. AFLAC insurance company – which reportedly did 75% of its business in Japan — fired him shortly afterward.

REDEMPTION: Not yet. Gottfried can be spotted here or there but certainly isn’t the A-list talent he was before his social media debacle. His main focus now appears to be a podcast, which he’s hosted since 2014. 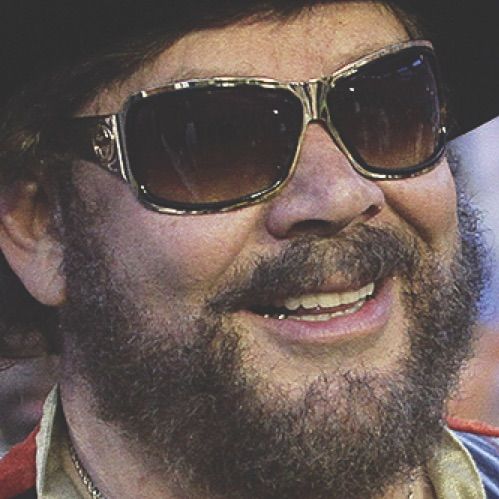 WHO: Son of a legendary country singer who made it to the big time himself.

WHAT HAPPENED: On an appearance on “Fox & Friends,” Williams said that for Republicans to play golf with President Barack Obama was “like Hitler playing golf with Netanyahu.” He called the president “the enemy.”

FALLOUT: The over-the-top comment was too much for ESPN. It immediately yanked his song “All My Rowdy Friends Are Coming Over Tonight,” which, since 1989, had been the theme song for “Monday Night Football.”

REDEMPTION: None sought and none needed. Williams released an anti-Obama song called “Keep the Change,” which sold 180,000 downloads in two days. ESPN began using his theme song again in 2017. 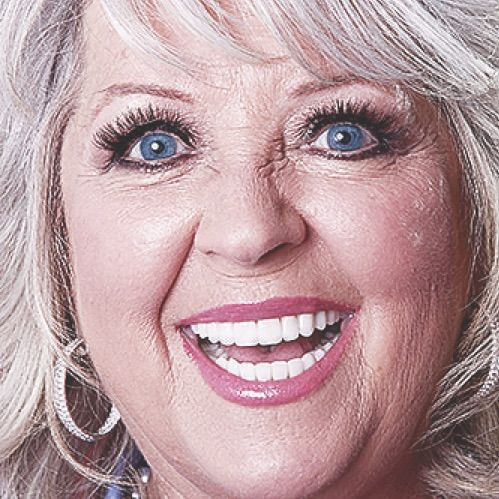 WHAT HAPPENED: A former employee said Deen had used racial epithets and had mused about a “true Southern plantation-style wedding” party with black men as servants.

FALLOUT: Deen’s popular TV show was canceled by the Food Network, and she lost endorsement and distribution deals with Walmart, Target, Sears, Kmart, QVC, JC Penney and others.

REDEMPTION: Partial. Former President Jimmy Carter asked the public to forgive Deen, saying she was only being honest about words she had used “in the distant past.” She’s opened new restaurants in Tennessee and South Carolina.