In honor of Flag Day, here are eight facts you might not have known about Old Glory:

When Congress established a national flag of the United States in 1777, it specified 13 stars on a blue field and 13 alternating red and white stripes. 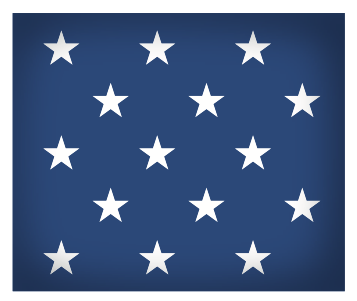 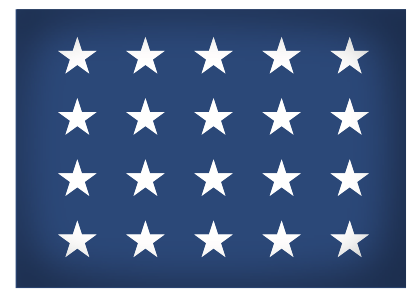 In 1818, Congress decreed stars should be added for each state but that the number of stripes should be capped at 13.

However, Congress never specified how the stars were to be arranged. Over the next 94 years, flagmakers were left to their own devices to come up with creative designs.

President William Howard Taft issued an executive order in 1912 that established a precise arrangement of the then-48 stars. 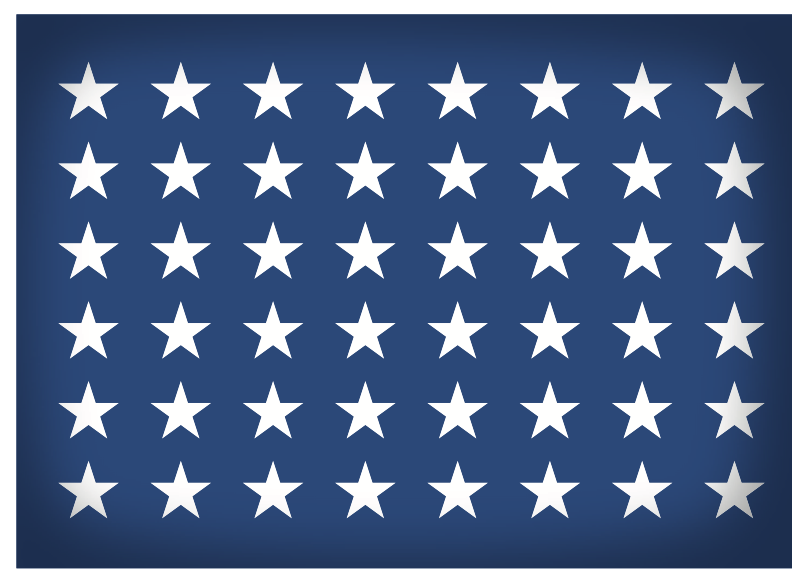 As Alaska and Hawaii neared statehood, President Dwight Eisenhower solicited opinions from Americans on how to arrange the stars for the 50-star flag. Thousands of designs were proposed, many of which are still on file at the Eisenhower Presidential Library.

Students across the country were challenged by their teachers to come up with a format for the stars. One such student was 16-year-old Robert G. Heft of Lancaster, Ohio. 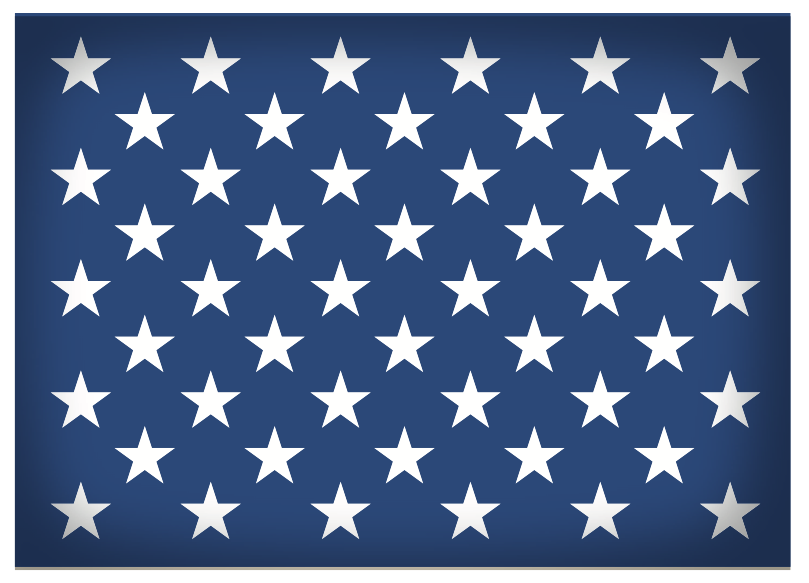 Heft’s teacher, Stanley Pratt, complained that Robert’s work was “unoriginal” and based too strongly on the existing 48-star flag. He gave Robert a B-minus on the assignment. But Robert passed his design along to his congressman, and his design was eventually selected by Eisenhower.

Pratt changed Robert’s grade to an A. 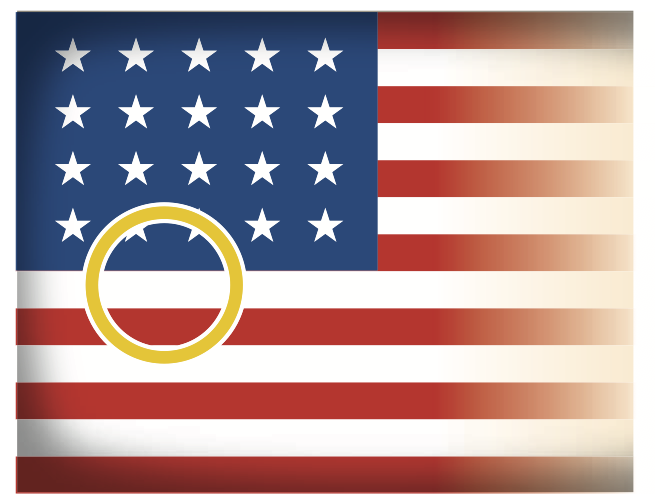 Note how the blue field, or canton, rests on a white stripe. This had been a custom among flagmakers long before laws regulated it. 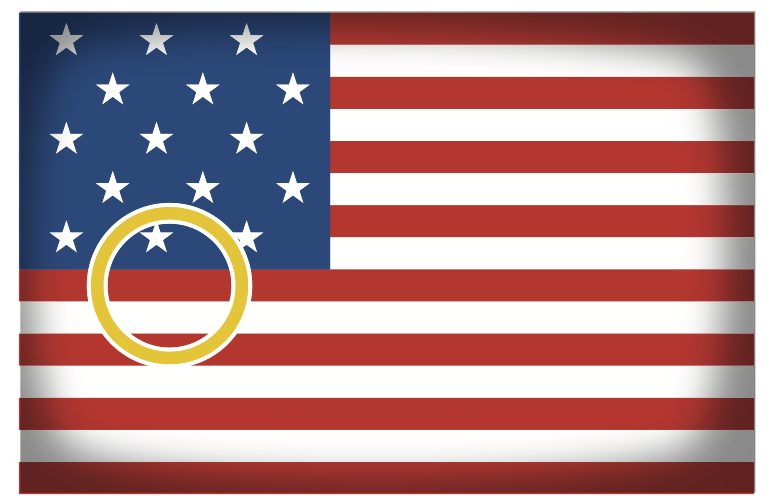 But during times of war, some flagmakers rested the canton on a red stripe.

This was called the “war” or “blood” stripe.

The U.S. flag is the third oldest flag design still in use. 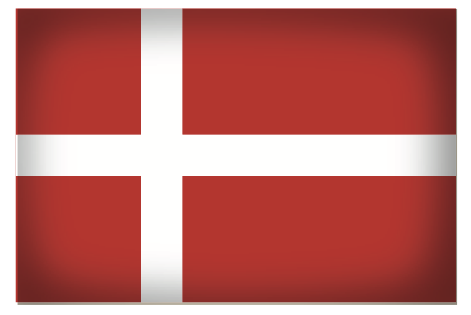 The oldest: Denmark, which was adopted in 1219. 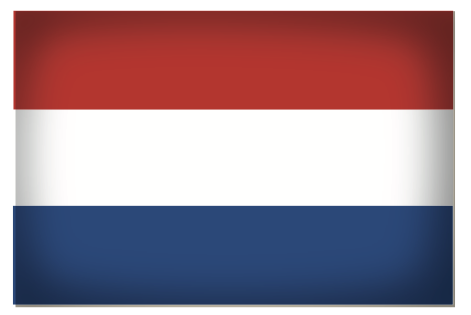 The second-oldest: The Netherlands. It’s been in use since 1572. 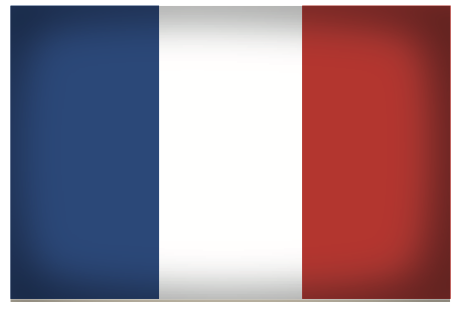 The fourth-oldest: France, adopted in 1790, 13 years after the United States.

By law, only the president or governor may order a U.S. flag to be flown at half-staff. Also, the proper term is “half-staff,” not“ half-mast,” unless the flag is flying on a ship or naval station onshore.

It’s not just military, political or public safety veterans who may be honored with a flag draped across their coffin. In fact, the flag code does not prohibit the use of a flag for the funeral of any person.

Myth: If a U.S. flag touches the ground, it must be burned. Fact: The U.S. code specifies that the flag should not touch the ground. But as long as a flag is not dirty, it may be flown. And there’s nothing in the code against washing a flag. When the time comes to dispose of a flag, how- ever, burning is the only option allowed by law.

Flag Day was the idea of Bernard Cigrand, a 19-year-old teacher in Waubeka, Wis., who began giving this date special notice in 1885. For years, he lobbied for a national Flag Day. President Woodrow Wilson proclaimed the first Flag Day in 1916. It become permanent in 1949.

Those U.S. flags on the shoulder of astronaut uniforms? They weren’t there until the Gemini IV mission in 1965 – America’s eighth space flight.

Astronaut Ed White was scheduled to make America’s first spacewalk on that mission. Realizing the historic nature of the photos that would be taken, he and mission commander Jim McDivitt paid out of their own pockets for flag patches for their own uniforms. Recognizing a good idea, NASA then made them standard issue.