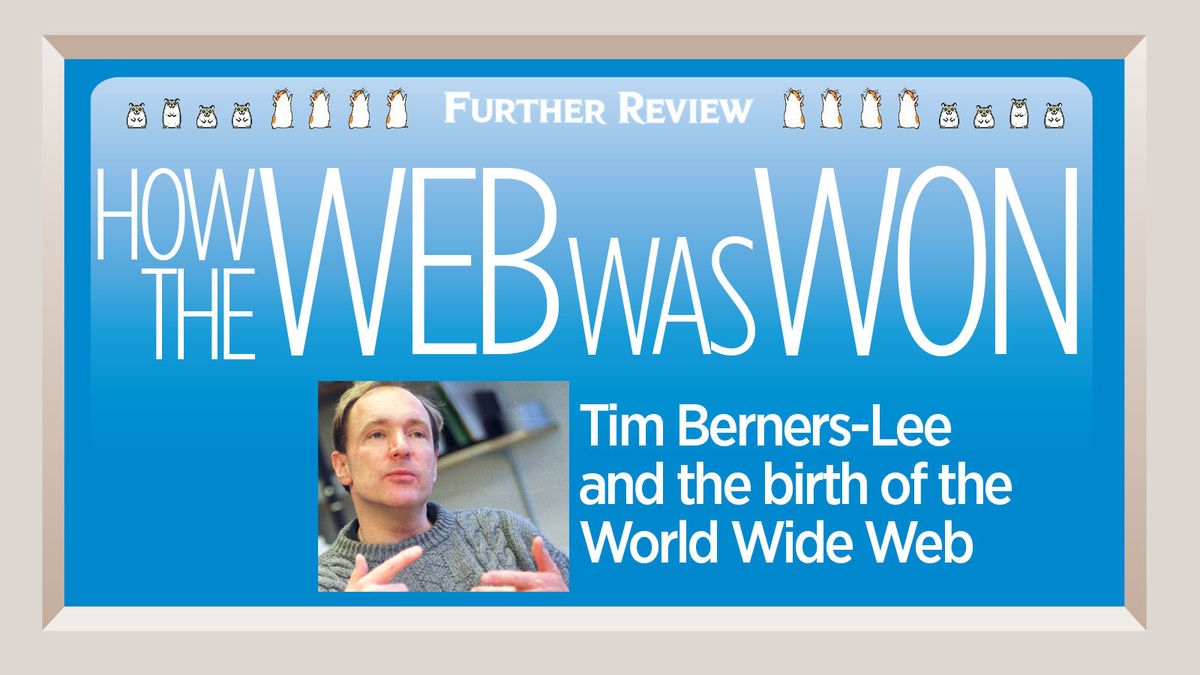 On June 23, 1980 – 40 years ago tomorrow – English computer scientist Tim Berners-Lee of CERN, a physics lab in Switzerland, began working on a project he called ENQUIRE. This work would eventually evolve into hypertext, HTML and the World Wide Web.

In 1980, CERN was the place to be for cutting-edge computer research. There were lots of scientists working there on many different systems – so many, in fact, that sharing data became difficult.

The internet existed already, but not in a form we’d recognize today. What was called ARPANET was growing rapidly but was mainly used by academics, communicating via typed commands on bulletin boards. Around the world, there were several different operating systems in use and few common programs or document formats.

Berners-Lee’s idea was to create a system that would work on different systems and would include what Berners-Lee called “hyperlinks.” A user could select a hyperlink and be taken to another file with more data.

This was what ENQUIRE did. But it didn’t do it quite well enough: It didn’t have the ability to incorporate images, for one thing.

But it would serve as a first draft for Berners-Lee’s big breakthrough a decade later: HTML, or hypertext markup language, that could be used on any computer to create pages of information. Even more importantly, these pages contain links to pages on other pages hosted on computers called servers and all linked via the growing internet.

The result would be a “web” of information. Hence, the name: World Wide Web.

March 12: Berners-Lee of CERN proposes a project to develop a language that would link computer-based knowledge around the world. This would become HTML and the resulting networking would become today’s World Wide Web.

Dec. 25: Berners-Lee begins distributing his work on the World Wide Web to the public.

Dec. 9: The High Performance Computing and Communication Act – also known as the Gore Bill, after Sen. Al Gore, who introduced the legislation – leads to connecting existing networks into what becomes known as “the information superhighway.” The Gore Bill also provides funding for the development of Mosaic, which will become the world’s first popularly used web browser. 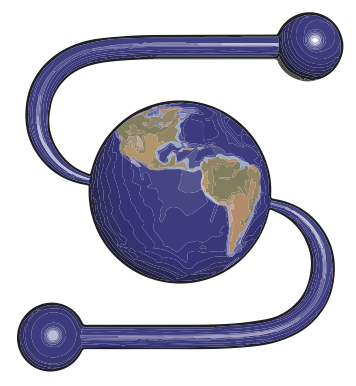 April 22: The National Center for Supercomputing Applications at the University of Illinois makes Mosaic available for free on its website. Soon, more than 5,000 copies are downloaded each month.

Berners-Lee founds the World Wide Web Consortium at MIT. He still serves as its director of web standards, 26 years later.

Jan. 11: Leaders in government, academia, communications and entertainment industries hold a summit at UCLA. Gore, the keynote speaker for the nationally-televised conference, calls for private investment in the information superhighway and for government and industry to ensure that schools get hooked up quickly and that access be universal.

January: A pair of Stanford University students create “Jerry and David’s Guide to the World Wide Web.” Two months later, they change its name to Yahoo!

July 5: Jeff Bezos creates an online mail-order book retailer he calls Cadabra – as in “Abra cadabra.” His lawyer mishears the name as “cadaver,” so, a year later, Bezos changes the name to Amazon. The company will turn its first profit in 2001. 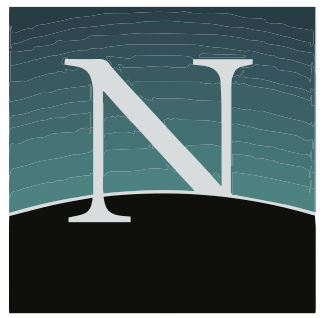 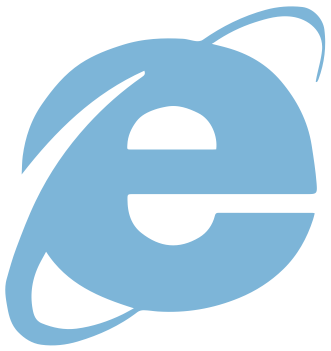 January: Two Ph.D. students at Stanford University create a search engine based on relationships between links, rather than how many times a word appears on a webpage. Originally called “Backrub,” the engine is forced off the university’s servers by its growing popularity. It later changes its name to Google. 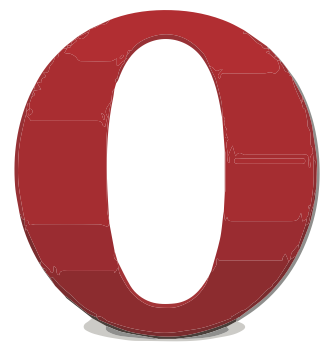 July: The first public version of Opera – version 2.0 – is introduced by the Telenor company of Oslo, Norway.

February: Netscape creates the Mozilla project, which will create an open-source browser.

May: The U.S. Justice Department files an antitrust case against Microsoft, arguing the company abuses its position as the world’s largest operating system by bundling Internet Explorer with Windows. The case won’t be resolved until late 2001.

March 9: In an interview with CNN’s Wolf Blitzer, Gore implies he created the internet. His comments are widely ridiculed throughout the 2000 presidential campaign.

March: Thousands of web-based startup companies have gone public, issued stock and raised millions of capital funds – which, in turn, pushes the Nasdaq Composite market index to an all-time high. As news is reported that few of these “dot-coms” are actually turning a profit, the bubble bursts and the market crashes hard.

May 4: An internet virus called ILOVEYOU is launched in the Philippines and quickly spreads via Windows users, deleting data and infecting more than 50 million computers worldwide. The Pentagon and CIA temporarily disconnect their networks from the web.

Sept. 14: Gore pokes fun at his own misstatement by reading a Top 10 list on the “Late Show With David Letterman.” No. 9 on the list: “Remember, America, I gave you the internet. And I can take it away!”

July 11: Napster, a popular site for swapping music files in mp3 format, is ordered shut down by the U.S. Court of Appeals for copyright violations. At its peak, more than 57 million users had used the service.

The rise in user-generated content, blogs and wikis heralds the start of what comes to be called “web 2.0.” 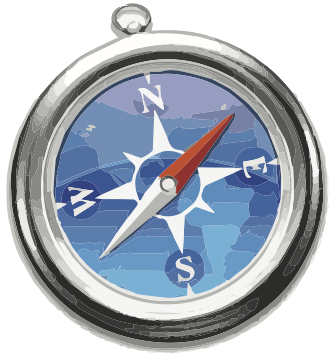 Feb. 4: Mark Zuckerberg launches “the Facebook” – as it’s known then – as a social network for Harvard University. The next month, it expands to eight other universities, mostly in the Northeast. 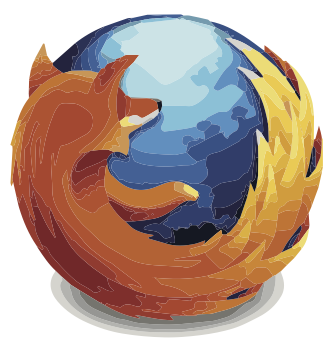 February: Mozilla – which converts into a nonprofit organization in 2003 – releases its Firefox web browser.

Sept. 26: Facebook widens its pool of users to include anyone over the age of 18. 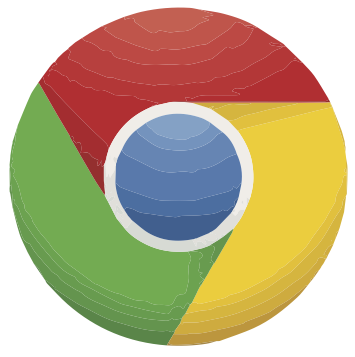 September: Google Chrome is released for PC. A Mac version follows the next June.

June 3: Microsoft launches its Bing search engine to compete with Google, which has dominated the market for search engines.

April 29: The royal wedding of Prince William and Kate Middleton is livestreamed by 72 million viewers.

Feb. 26: After a lengthy public debate, the Federal Communications Commission votes to prohibit internet carriers from providing unequal service – especially in terms of speed and bandwidth – to users. This becomes known as “net neutrality.” The Donald Trump administration rolls back those regulations in 2017.