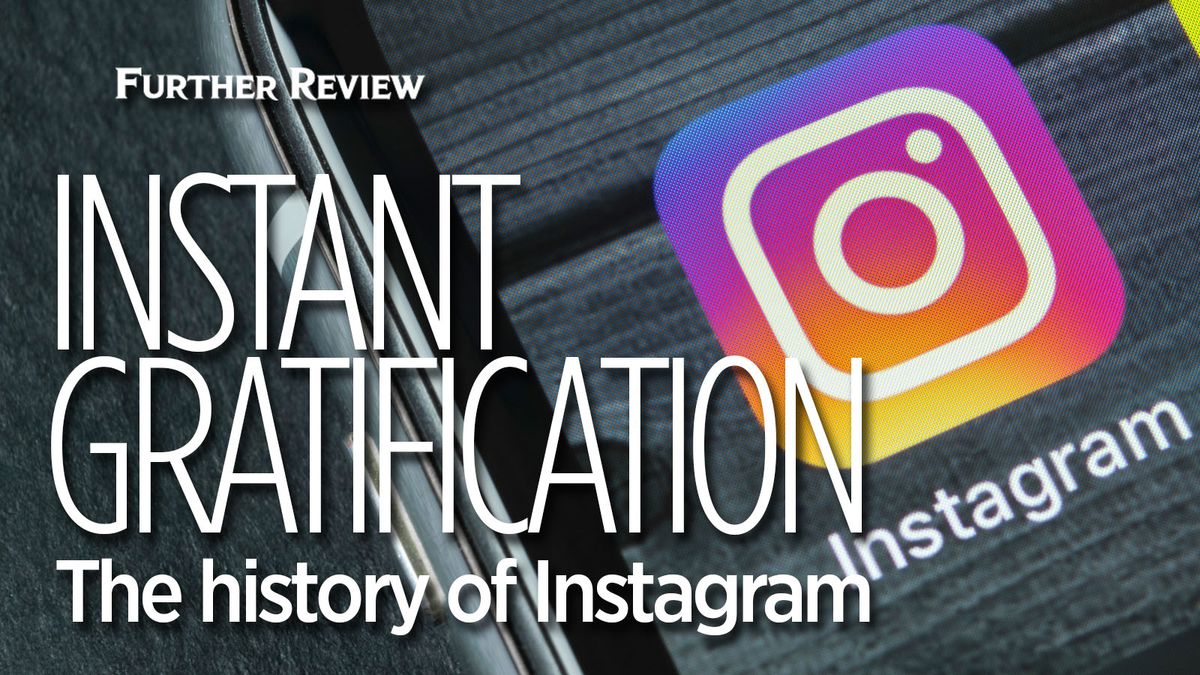 More than one billion monthly users have uploaded 50 billion photos to Instagram – and chances are, you’re one of them. With Social Media Day coming up next week, let’s take a look at the history of the popular photo sharing and networking app and site.

Developers Kevin Systrom and Mike Krieger create a mobile check-in app they call Burbn. When they realize the result is too similar to Foursquare, they decide to focus on one feature of Burbn that allows sharing of photos. Systrom is frustrated that his vacation photos don’t look as good as those shot on the new iPhone 4, so he creates what he calls the X-Pro II filter that will improve cellphone photos. He and Krieger rename their app Instagram: A mashup of “instant camera” and “telegram.”

MARCH 5: Systrom secures $500,000 in seed capital from investors. He and Krieger hire another software engineer and community managers.

JULY 16: Krieger and Systrom test their system by posting the first Instagram photos.

On July 16, 2010, Instagram creators Kevin Systrom and Mike Krieger uploaded the first photos to their work in progress: Instagram. Krieger posted his first, at 10:26 a.m. PDT, shot from his desk in the office he and Systrom had rented in San Francisco’s Harbor Pier 38. 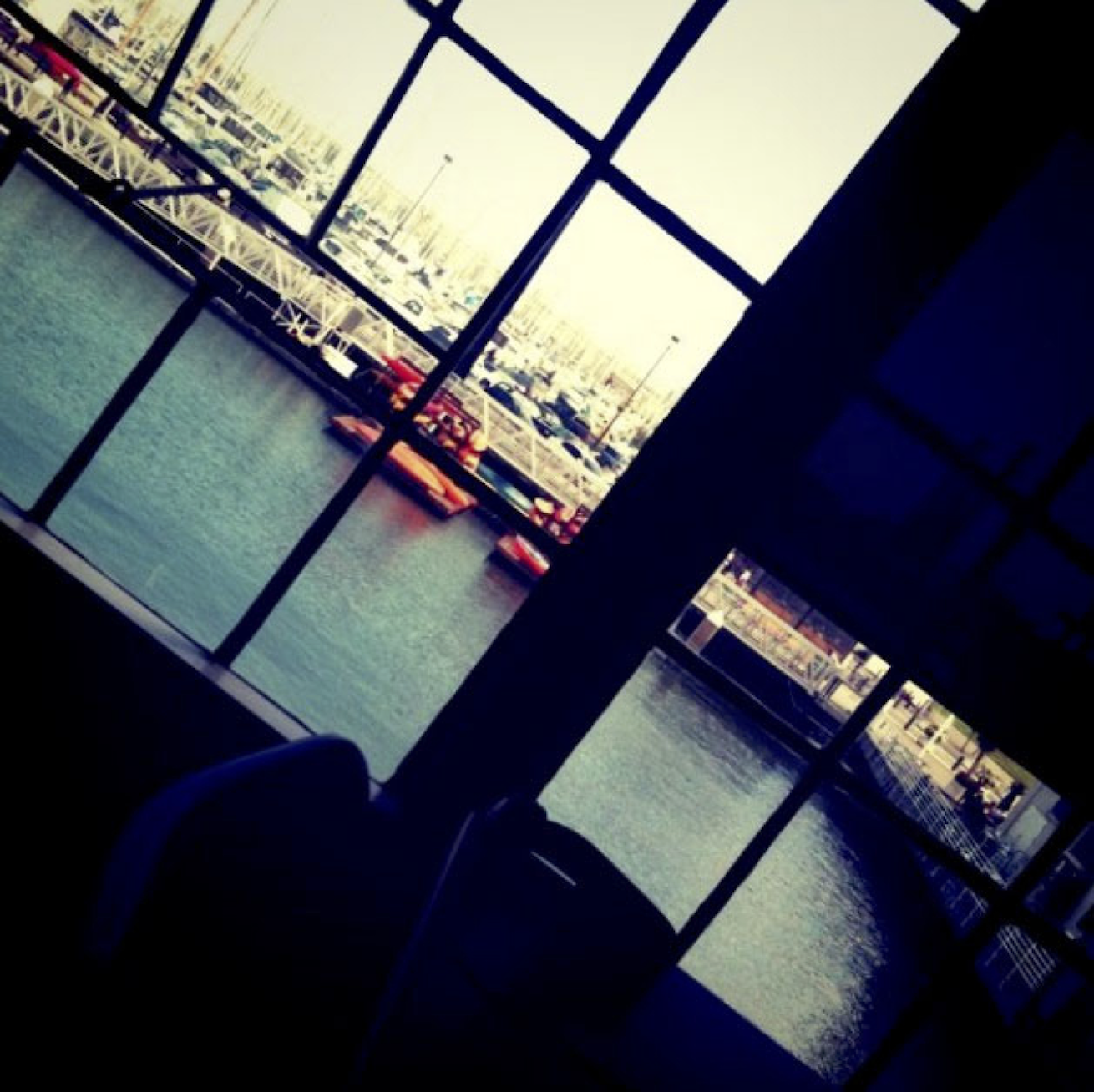 Four hours later – at 2:24 p.m. – Systrom posted his own test photo. We know it was a test because Systrom added the caption: “Test.” That’s his dog and his girlfriend’s foot, shot in Todos, Santos, Mexico, where they had driven for a little time off. 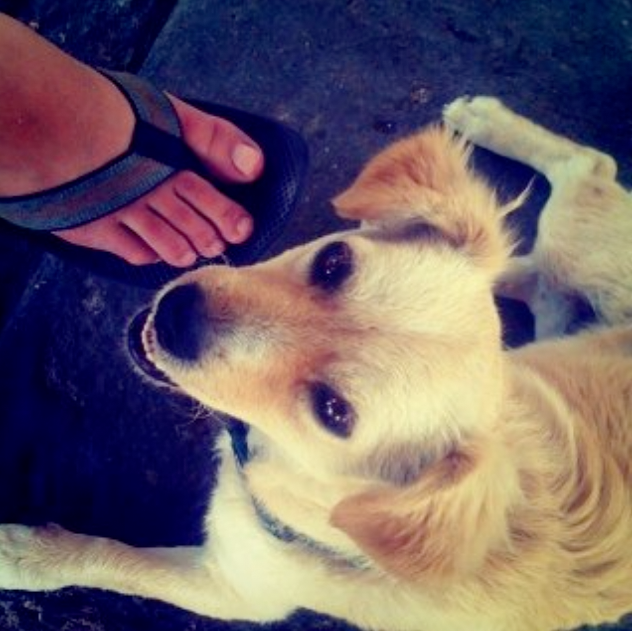 OCTOBER 6: The Instagram app for Apple’s iOS is officially released through the App Store. Within two months, Instagram serves a million users.

FEBRUARY: Instagram raises another $7 million in capital from a number of investors including the founder of Twitter, Jack Dorsey. Instagram is now valued at $20 million. Fourteen months later, Instagram will be worth an estimated $400 million.

JUNE: Instagram announces that 100 million photos have been uploaded via the service.

SEPTEMBER: An update of the app allows users to use new features and filters, send high-resolution photos, use borders on their photos and to rotate photos easily.

DECEMBER: Apple names Instagram its App of the Year for 2011.

APRIL 3: Instagram releases a version of its app for Android. That first day, the app is downloaded from Google’s Play Store more than a million times.

JUNE: Instagram introduces an “Explore” tab that will find and show users things like the most popular photo are photos taken at nearby locations.

JUNE: Instagram introduces the capability of sharing videos up to 15 seconds long. That same month, Instagram announces that more than 16 billion photos have been uploaded via the service.

MARCH: Instagram stops using Foursquare for location tagging and switches to Facebook Places. That same month, an upgrade to the Android version of the Instagram app cuts the size of the app in half and adds features to improve performance.

AUGUST: An update to the app allows users to shoot and save photos and videos in portrait and widescreen formats. Up to this point, Instagram users were restricted to square photos.

OCTOBER: Instagram announces more than 40 billion photos have been upload via the service.

DECEMBER 8: Mashable names Instagram one of its “100 best iPhone apps of all time,” calling it “one of the most influential social networks in the world.”

MARCH: Instagram increases the length of videos that can be shared from 15 to 30 seconds.

APRIL: Instagram releases a Windows 10 Mobile version of its app, which adds support for videos and livestreams.

JULY: Instagram responds to criticism of abusive language on the platform by giving users the ability to turn off comments for their posts and the ability to ban specific words they consider offensive. This feature is rolled out over the rest of that year.

AUGUST: Instagram launches Stories, which allow users to create special posts that will expire in 24 hours. The feature seems to be an attempt to mimic a key feature of SnapChat. The following March, Facebook will add a similar feature.

SEPTEMBER: Instagram announces it now has a half-million active advertisers on the platform. That will increase to one million by the next March.

APRIL: An update to the Android version of the app adds an offline mode so users can work with the app without an internet connection.

SEPTEMBER 24: Systrom and Krieger announced they are stepping down from Instagram. They announce Adam Mosseri – who had previously been an executive with Facebook – will be the new CEO of Instagram.

MAY: Instagram removes the displayed number of “likes” for content – users can see the number of “likes” they have but others can’t. The reason: It’s feared that users are spending too much time worrying about how many “likes” they get. The new interface is phased in slowly and expands to the entire user base by November. 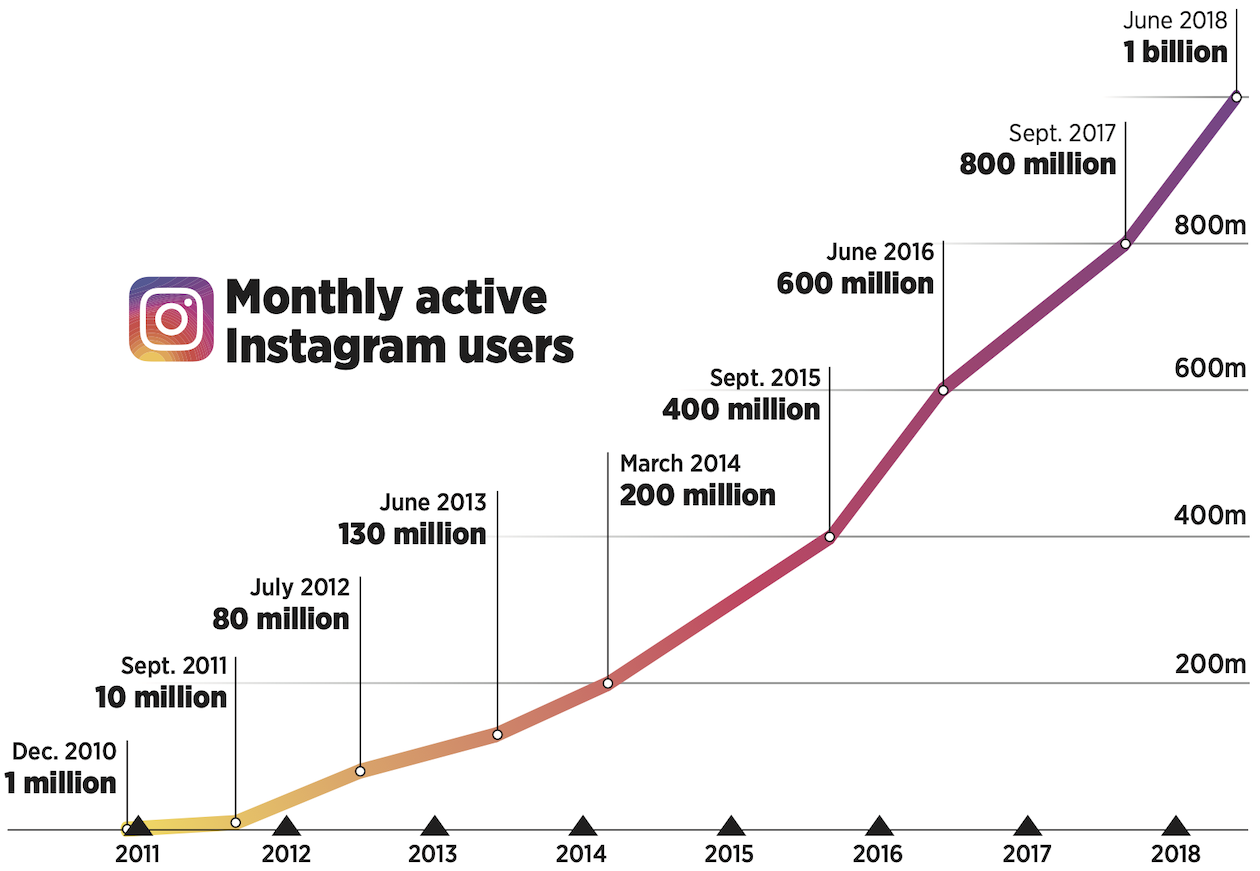