Will the Republicans retain control of the Senate after Election Day in November? Or will Democrats wrestle it away from them and run both chambers on Capitol Hill? It’s way too early to say. Here’s how control of the House and Senate have shifted over the past 120 years: 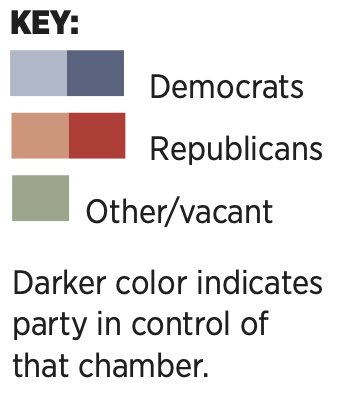 * Democrats controlled the House with a coalition formed with the Progressive and Socialist parties.