Testing for the Coronavirus

It’s become clear — as more people in Washington state and across the nation are diagnosed with the coronavirus — that COVID-19 has been with us for weeks. Why wasn’t it detected earlier? It all comes down to testing: Officials simply weren’t able to test earlier.

What does a COVID-19 test consist of?

You might recall the first test used by the Centers for Disease Control last month proved to be ineffective. The CDC developed a new lab test to detect what it calls “severe acute respiratory syndrome coronavirus 2 — or SARS-CoV-2, the virus that causes COVID-19.

The new test kit – that's it at the left – looks for portions of RNA unique to the SARS-CoV-2 virus. The presence of those portions of RNA in a sample from the nose or mouth indicate that a patient has been infected even if the patients has no symptoms.

The CDC’S new test looks for those antibodies in samples drawn from swabs collected from the patient’s mouth and nose. Currently, only CDC-approved labs can conduct the test. Urgent care centers and common pharmacy health clinics cannot conduct tests on site just yet.

ALL PHOTOS BY THE ASSOCIATED PRESS

Dr. Darragh O’Carroll of Honolulu — who served as a consultant for the recent Netflix documentary “Pandemic: How to Prevent an Outbreak” — wrote this week on Vice.com that tests can be given to:

But this has been the case only since Feb. 26, O’Carroll writes. Before then, he says, the CDC refused to test samples of a patient who hadn’t had close contact with a person under investigation. O’Carroll attributes this to a lack of reliable test kits and a lack of coordination from a pandemic response team — a program that was dismantled in 2018 by the Trump administration

No tests at all

The six states at left are among those that — as of midday Friday — had not yet reported a confirmed case of COVID-19. But there may be a reason for that: The CDC has yet to set up a lab with COVID-19 diagnostic kits in any of those states.

When will more tests be available?

The short answer: We don’t know. But evidently, even the folks in charge don’t know, either.

Stephen Hahn, commissioner of the Food and Drug Administration says: “By the end of this week, close to a million tests will be able to be performed.” 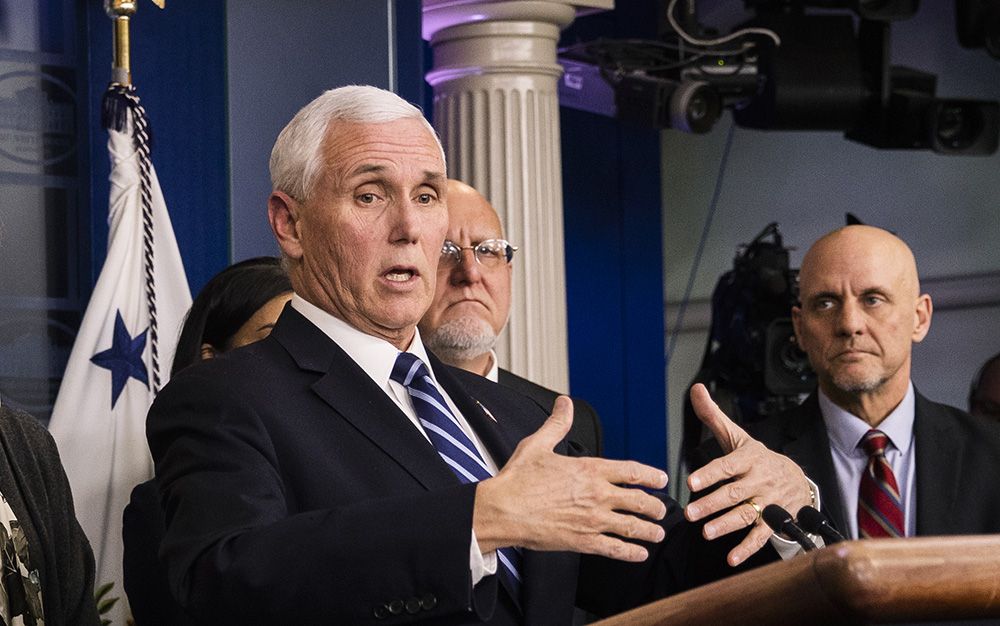 Vice President Mike Pence promises that “roughly 1.5 million tests” would be available by the end of the week. 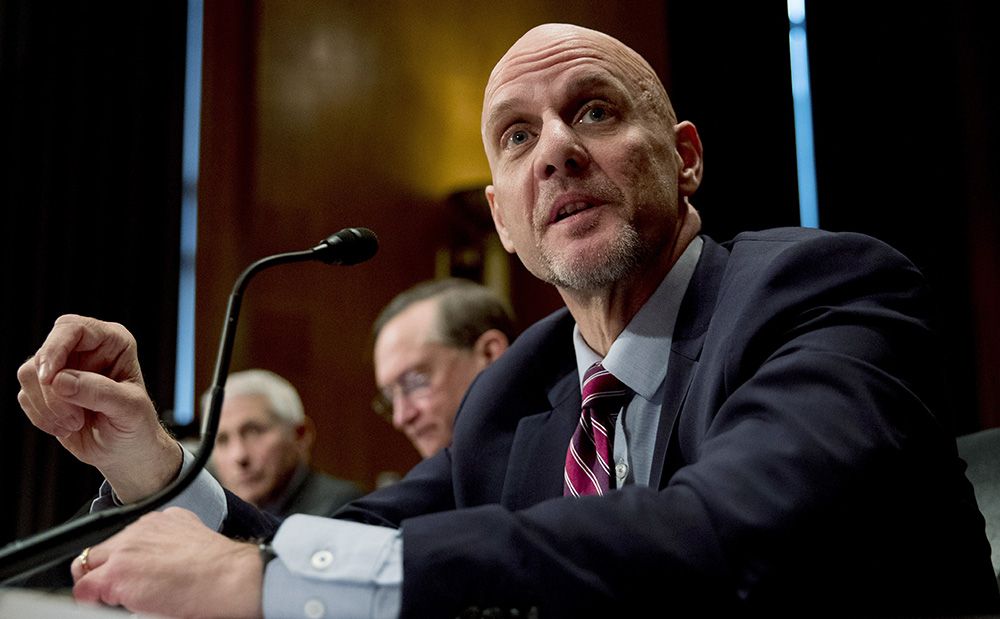 The Atlantic reports that only 1,895 people had been tested for the coronavirus in the U.S. About 10% of those had tested positive. What’s more: Health officials nationwide could test only several thousand people a day.

More help on the way

Independent laboratories are now allowed to develop diagnostic tests for use in emergencies such as this one.

Thursday, Dr. Keith Jerome told NPR’s Jon Hamilton that the lab is now processing about 100 coronavirus tests a day. But he said he’s prepared to do more than a thousand a day right now and could quickly increase that to 4,000 a day.

In a roundtable briefing with airline executives on Wednesday, President Donald Trump took credit for changing the rule to allow these tests from independent labs and blamed the previous rule on his predecessor, Barack Obama. The Washington Post debunked that accusation.

Who is most at risk?

Officials have said the elderly and those with chronic illnesses were most at risk from the coronavirus. But that can be quantified with data from China — where considerably more people have been affected and, therefore, more reliable data has been collected.