On this date 30 years ago, Miami Sound Machine singer Gloria Estefan nearly lost her life when a semi truck crashed into her tour bus. Estefan isn’t the only famous musician, actor or writer to nearly be killed. Here’s a dozen examples — some of which you might remember: 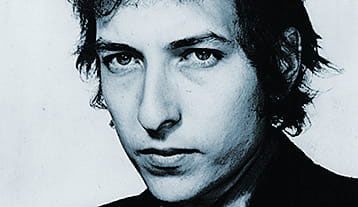 At the height of his fame, Dylan crashed his 500 cc Triumph Tiger 100 motorcycle near his home in Woodstock, N.Y. He said he broke several vertebrae and was incapicitated for weeks. However, no ambulance was called and Dylan spent no time in a hospital. He would resurface in 1967, writing songs and recording again.

Biographers have speculated the entire incident may have been a way for Dylan to shed some of the pressure he was under at the time. He was behind schedule finishing the manuscript for a novel, ABC-TV had paid him an advance for a TV series and his manager had planned a major tour to begin that fall. Dylan, however, is sticking to his story. 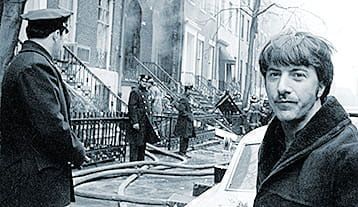 Hoffman — already famous for his roles in 1967’s “The Graduate” and 1969’s “Midnight Cowboy — was living with his wife, Anne Byrne, in a townhouse apartment on West 11th Street in New York’s Greenwich Village. As he left the apartment one morning, A bomb went off in the townhouse next door, collapsing that unit.

Turns out, the unit next door was occupied by the Weather Underground, a radical terrorist organization that was making bombs to set off at a party at nearby Fort Dix Army Base. Three members were killed and two more fled the scene in the confusion afterward. Hoffman was unhurt — as you can see from the photo at left, taken that day. 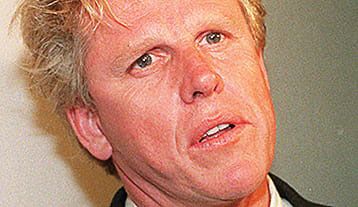 Busey had picked up his motorcycle at a repair shop and was riding it home without a helmet when he hit a patch of gravel at 40 mph, flipped over the handlebars and landed on his head. He would spend more than three weeks in a coma and would later say he didn’t remember the next six weeks because of post-traumatic amnesia.

“People have told me I was angry I was in the hospital and didn’t want the nurses touching me,” he’d later write in People. “The doctors wound up isolating me in a psychiatric ward and giving me three types of medication to calm me.” Busey would recover, resume his Hollywood career and become an advocate for brain injury patients. 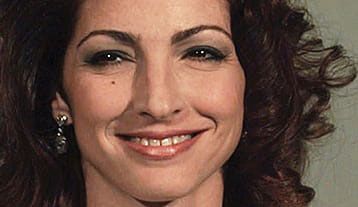 Estefan was critically injured with a broken back when a tractor-trailer crashed into her tour bus in a snowstorm near Scranton, Pa. This happend while she was returning to her tour from a meeting that day with President George H.W. Bush to discuss her participation in an anti-drug campaign.

Estefan was airlifted to New York University’s Langone Medical Center, where doctors stabilized her spinal column by implanting two titanium rods. She spent nearly a year in physical therapy but was able to tour again 10 months later. By the next March, her next single — “Coming Out of the Dark” — was at No. 1 on the Billboard Hot 100. 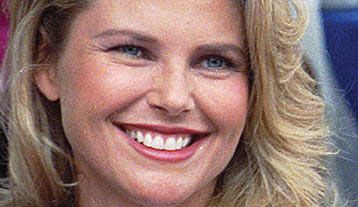 The supermodel — separated from but still married to singer Billy Joel at the time — was skiing in Telluride, Colo., when a helicopter carrying her and five other skiiers tumbled down a mountain while trying to land. “I would look out the window,” she told People magazine, “and see sky-mountain-snow, sky-mountain-snow.”

The helicopter finally came to a halt, all aboard were flown out — via a rescue helicopter from nearby Fort Carson Army Post. Brinkley would appear on the cover of People the next week wearing an arm brace. “This happened 25 years ago,” she told ABC News last year, “and not a day goes by that I have no counted my blessing for being alive.”

Hit by a van 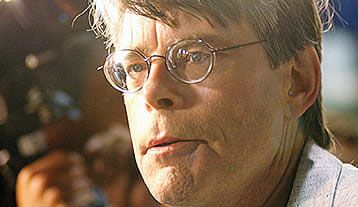 King was walking on the shoulder of State Route 5 near his home in Lovell, Maine, when the driver of a minivan — distracted by his dog in the back seat — struck the horror writer. King was knocked 14 feet to the side of the road. He suffered a collapsed lung, multiple fractures of his leg, a broken hip and scalp lacerations.

King’s right leg was fractured so badly, in fact, that doctors considered amputating it. He underwent five operations over 10 days and was able to resume writing later that summer. The driver pleaded guilty to reckless driving. King’s lawyer would later buy the van for $1,500 to keep it from popping up on eBay. 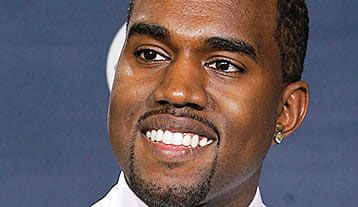 After working late in a recording studio producing an album by The Black Eyed Peas, West fell asleep at the wheel and crashed head-on into another car. The impact shatterd West’s jaw. He underwent reconstructive surgery and his jaw was wired shut. The other driver broke both legs.

West spent his time in the hospital — the same hospital where Biggie Smalls had died — writing a song inspired by the accident. He would record “Through the Wire” while his jaw was still wired shut. It would go on to become his debut single, peaking at No. 15 on the Billboard Hot 100 and receiving a Grammy Award nomination. 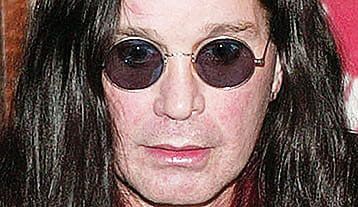 Osbourne crashed while riding his ATV four-wheeler near his home in Buckinghamshire, England. He stopped breathing and had to be resusciated by his bodyguard. Osbourne broke his collar bone, a neck vertebra and eight ribs. Doctors had to operate to lift his collarbone, which was resting on a major artery and blocking the flow of blood to his arm.

As he recovered, Osbourne received news his lates single — a cover of Black Sabbath’s “Changes” he had recorded with his daughter, Kelly — had become his first No. 1 single in the UK. Osbourne has reportedly had a few recurring memory issues but otherwise recovered, appearing with Black Sabbath in a reunion at the 2004 Ozzfest. 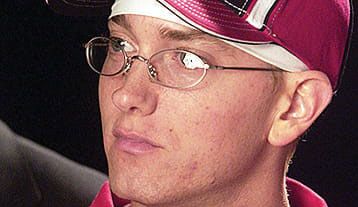 The rapper had dealt with drug abuse for years before overdosing on methodone and collapsing in his home. He was rushed to a hospital where doctors told him he had ingested the equivalent of four bags of heroin and was “about two hours from dying.” Eminem would spend that Christmas in detox, away from his children.

After the holidays, Eminem checked himself out of detox, tore the meniscus in his knee, had surgery to repair it and then had another seizure. He later said he finally began a detox program that emphasized running and that Elton John began calling once a week to check up on his progress. 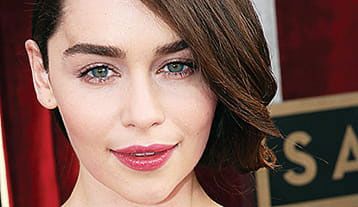 Not long after filming ended for the first season of “Game of Thrones,” Clarke suffered a subarachnoid hemorrhage — kind of stroke that causes bleeding in the area surrounding the brain. She underwent urgent surgery and afterwards, suffered from aphasia. At one point, she wrote, she was unable to remember her own name.

“I now have a hard time remember those dark days in much detail,” she would write later in The New Yorker. “My mind has blocked them out. But I do remember being convinced that I wasn’t going to live.” A second aneurysm would be successfully treated two years later. 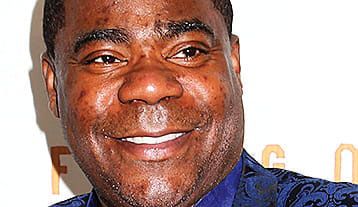 Morgan, three other comedians, his assistant and two limo operators were returing from a performance in Dover, Del., when their van was struck from behind by a tractor-trailer on the New Jersey Turnpike. Morgan’s friend James McNair was killed. Morgan sufferd a broken leg, a broken nose, several broken ribs and traumatic brain injury.

The driver of the truck had been on the road for hours, hauling a load for Walmart from Georgia to Delaware. A suit was settled out of court. Morgan required months of rehabilitation including speech, cognitive and physical therapy. He would recover well enough to host an episode of “Saturday Night Live” in October 2015. 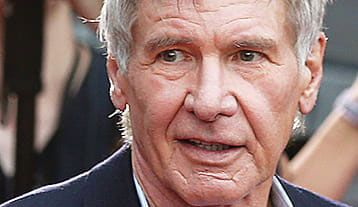 Ford — a licensed pilot — was flying his World War II-era training plane, a Ryan PT-22 Recruit, over Santa Monica, Calif., when he radioed authorities his engine had failed. He crash-landed his plane onto the Penmar Golf Course. Ford was rushed to the Ronald Reagan UCLA Medical Center with a broken pelvis and broken ankle, among other injuries.

He would recover. This wasn’t Ford’s first crash: While learning how to fly a helicopter in 1999, he crashed a Bell 206L4 into the Lake Piru river bed near Santa Clarita, Calif. He was not injured. And in 2017, Ford landed his Aviat Husky at John Wayne Airport in Orange County, Calif., where a Boeing 737 had to hold short to keep from hitting him.

ALL PHOTOS BY ASSOCIATED PRESS