On this date 80 years ago, the first McDonald’s restaurant opened in San Bernardino, California. Before long, the U.S. would be stuffed from sea to shining sea with fast food franchise restaurants. 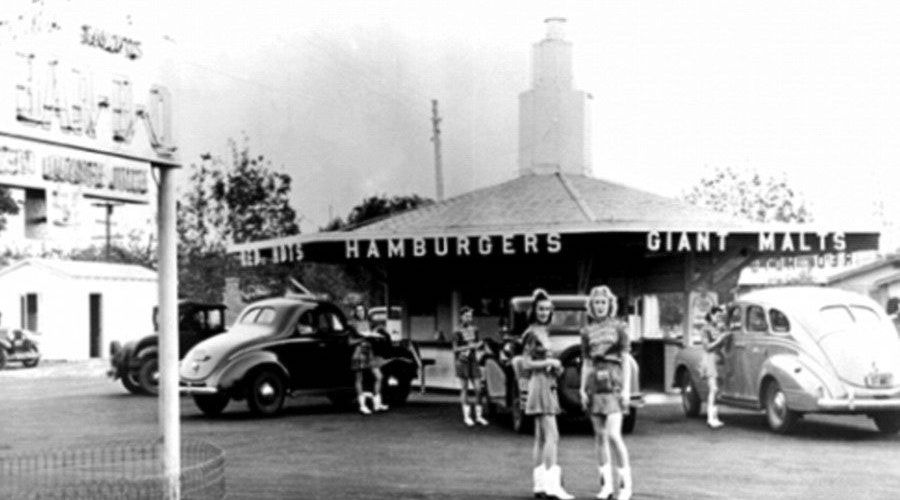 After giving the movie business a try and then running a hot dog stand, brothers Dick and Mac McDonald opened “McDonald’s Bar-B-Q” drive-in restaurant in San Bernardino, California. on May 15, 1940 (above, left). They employed 20 carhops to take orders and to haul food out to diners who waited in their cars.

By 1948, the McDonalds had discovered they were burning up revenues with certain high-cost, low-return offerings. So they shut down their restaurant for two months, got rid of the carhops and pared their menu down to just nine items: Hamburgers, cheeseburgers, potatoes and drinks.

At some point, the McDonald brothers added milkshakes to their menu. In 1954, Chicago-based milkshake mixer salesman Ray Kroc received a large order from the McDonalds. Intrigued, he traveled to San Bernardino, fell in love with the place and bought franchise rights from the brothers.

Ranked by number of restaurants by QSR magazine, August 2019 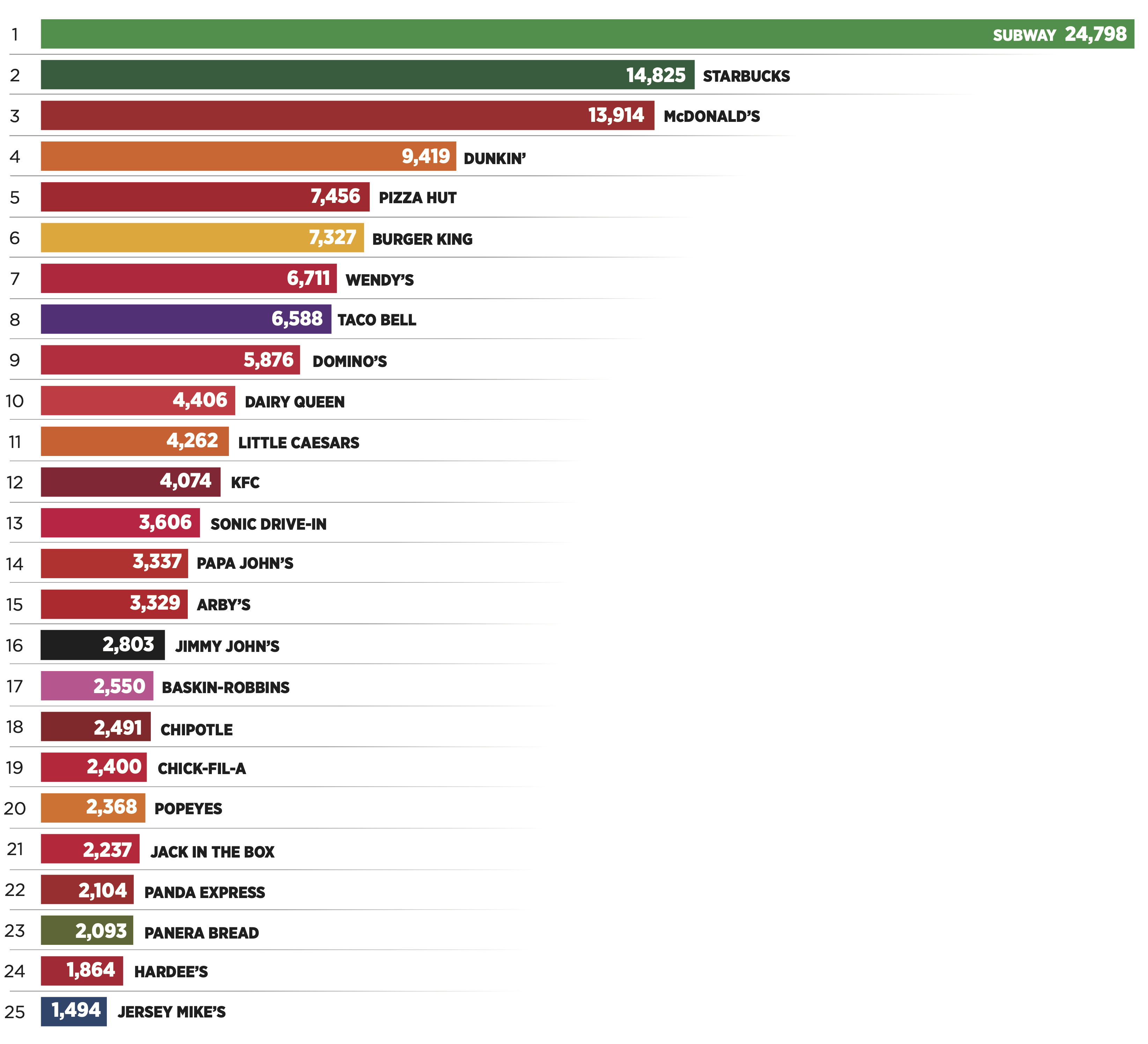 A restaurant worker noticed the most popular items were coffee and donuts. He opened a stand he called Open Kettle.

Founded in a small brick building by two Wichita State University students. Within a year, they owned six restaurants.

The founders visited a McDonald’s and decided to copy the idea, but by broiling, rather than frying, burgers. Restaurant was first called Insta-Burger King.

Named for founder Glen Bell, who originally set out to sell hot dogs. Chain was bought by PepsiCo in 1978.

A man and his son developed a new style of soft-serve ice cream and convinced a friend to sell it in his shop.

Mike and Marian Ilitch opened their first restaurant in a strip mall. They called it Little Caesar’s Pizza Treat.

The founders opened a root beer stand and a steak restaurant. They found sales at the stand were much better.

John Schnatter sold his Camero Z28 and opened a pizza joint in the broom closet of his father’s tavern.

The founder was given an option by his father: Join the military or start a business. He started with hot dogs.

Chain had grown to 16 restaurants over five years when McDonald’s invested in the chain, opening more than 500 more.

The owner of a restaurant called the Dwarf Grill found a pressure cooker that could cook chicken quickly.

The founder wanted to compete with Kentucky Fried Chicken. The original name for his restaurant: Chicken on the Run.

The founder owned several circus-themed restaurants and then bought the rights to a new intercom-based ordering system.

Owners of the Panda Inn in Pasadena were invited to open a fast-food version of their restaurant in a mall food court.

Founded with a Small Business Administration Loan as the St. Louis Bread Co. Was bought by Au Bon Pain Co. in 1993.

The founder and current CEO was 17 years old when he raised $125,000 in three days to buy his first restaurant.