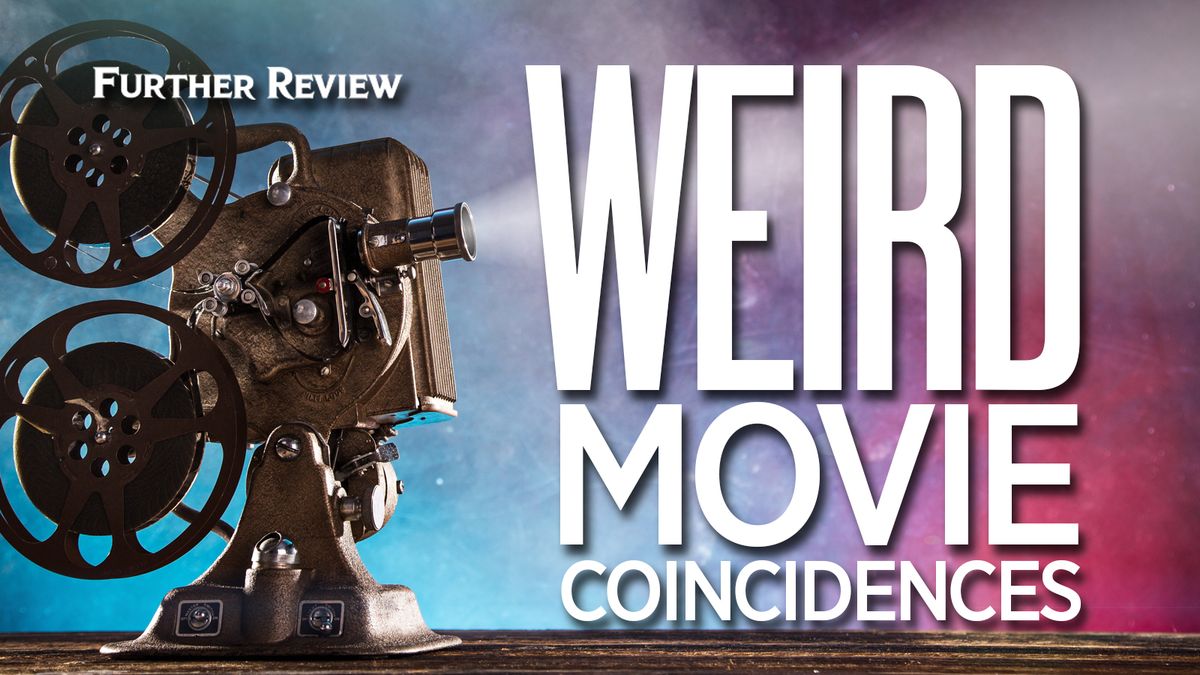 Now, THAT can be an opportunity to get awfully freaked out.

In this HBO movie, Christopher Reeve stars as a paralyzed police officer who plots to murder his unfaithful wife, played by Kim Cattrall. Her lover, played by Edward Kerr, is both his brother and a fellow police officer. Reeve’s character uses the sympathy he generates in others to his advantage in covering up the crime.

The movie debuted on HBO on May 21, 1995. Six days later, Reeve was injured in an accident in an equestrian event in Culpeper, Virginia, that shattered two vertebrae and left him paralyzed from the neck down.

Reeve would go on to direct a movie for HBO, produce and star in another and appear in the TV series “Smallville” about a young Superman. He died in 2004 at age 52.

Code of the Secret Service

The star of this movie, Ronald Reagan, often called it the worst film he ever made. But when a man tried to assassinate Reagan in 1981, Secret Service agent Jerry Parr pushed the president into his limousine. Parr admitted later this movie was what inspired him to join the Secret Service in the first place.

The great Bruce Lee plays a martial arts star who is shot by an attacker disguised as a stunt man. Lee died while this movie was being made, but that’s not the weird part: 20 years later, Lee’s son, Brandon, was killed when a prop gun accidentally shot him in the abdomen while filming “The Crow.”

Jane Fonda and Michael Douglas play a TV news film crew that happens to witness a nuclear accident. The nuclear power industry complained the movie was “sheer fiction” – but 12 days after it opened, the Three Mile Island nuclear station near Harrisburg, Pennsylvania, experienced a near-meltdown.

This Oliver Stone film is famous for its depiction of Wall Street excesses and the “Greed is Good” speech by Michael Douglas’ Gordon Gekko character. But long after production was complete and two months before the movie opened, the stock market dropped 22.6% – a day that became known as “Black Monday.”

Robert De Niro and Dustin Hoffman play spin doctors hired to divert attention from a presidential sex scandal, so they gin up a bombing run on Albania. Three weeks after the movie was released, news broke of President Bill Clinton’s sexual encounters with a White House intern.

The Passion of the Christ

Mel Gibson co-wrote and directed this controversial film about the final 12 hours of the life of Jesus. While filming a recreation of the Sermon on the Mount, the actor portraying Jesus, Jim Caviezel, was struck by lightning. His hair caught fire but he wasn’t seriously injured.

In this Greek mythological war drama, Brad Pitt plays the legendary warrior Achilles, who goes head-to-head against his rival, Hector, played by Eric Bana. At one point in the battle, Pitt took a flying leap and landed badly, tearing his ... wait for it ... Achilles tendon. Production was held up for 10 weeks while Pitt healed.

A deadly virus originates in a bat in China and spreads around the world. The Centers for Disease Control and Prevention race to find a vaccine as the virus spreads quickly and panic sets in and conspiracy theorists spread rumors via the internet. Stop us when this sounds familiar ...

At the Dec. 5, 2013 London premiere of this biopic of South African leader Nelson Mandela, word came of his death. His daughters, Zindzi and Zenani – both in attendance – said to let the film play and inform the audience afterward.

This film about a group tasked with recovering works of art stolen by Nazis during World War II was produced and directed by George Clooney. Three months before it was released, a hidden stash of 1,400 pieces of art stolen from Jewish families by Nazis was uncovered in Munich.

Filming in New York state of this Biblical drama starring Russell Crowe and Jennifer Connelly was interrupted by Hurricane Sandy. Then, its premiere in the U.K. coincided with what the British Met Office called “an exceptional run of winter storms” resulting in serious coastal damage and flooding.

Cameron Diaz and Jason Segel play a couple who make a video of themselves having sex that accidentally winds up on the internet. A month after the film was released, an internet group released hundreds of nude pictures of Hollywood stars it had acquired via a hack of Apple’s iCloud service.