Eighty years ago today, Britain began an enormous rush to pull its troops out of France. British Prime Minister Winston Churchill feared this would become known as the greatest military disaster Britain had ever seen. Instead, it would be one of its most heroic moments.

On May 10, 1940, Germany invades Belgium, the Netherlands and France using its lightning-fast, tank-driven, air-supported “blitzkrieg” that had worked so well in Poland the year before. On May 13, the Dutch government evacuates to Britain. On May 14, Rotterdam is nearly obliterated by bombs. 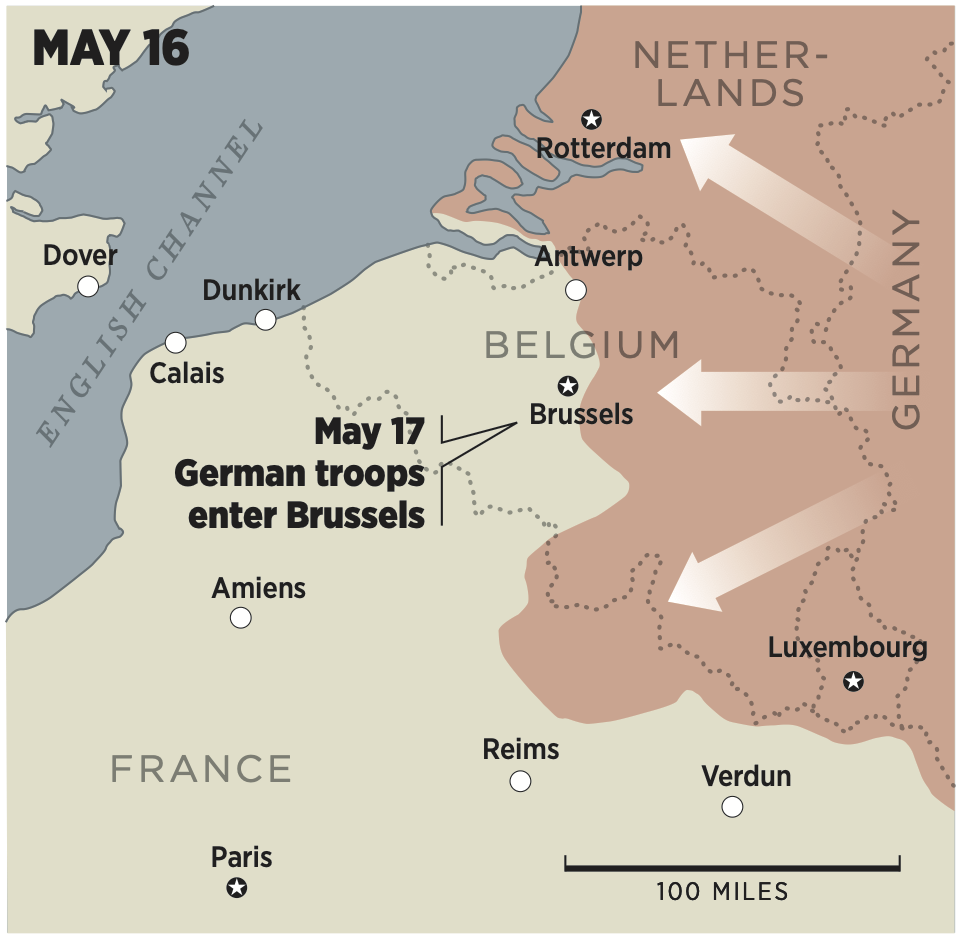 German forces open a 50-mile-wide gap in Allied defenses and begin pouring into France, cutting off Allied positions. With Belgian and French positions giving way to either side of them, the British Expeditionary Force is ordered to fall back and hold fast. 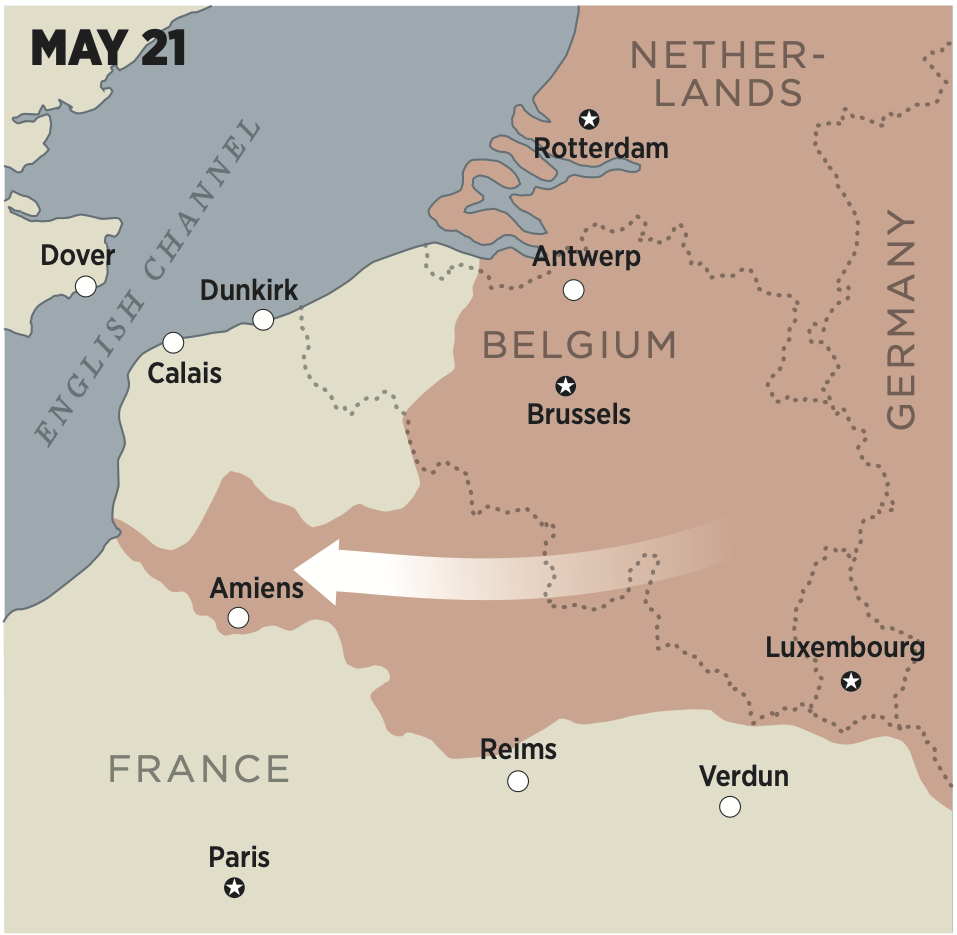 TRAPPED ALONG THE CHANNEL

That’s how it comes to pass that 340,000 British and French troops find themselves trapped in the Channel city of Dunkirk, France. Prime Minister Winston Churchill and the British Admiralty puts out an emergency call for every available vessel – military or civilian – to aid in a mass evacuation. 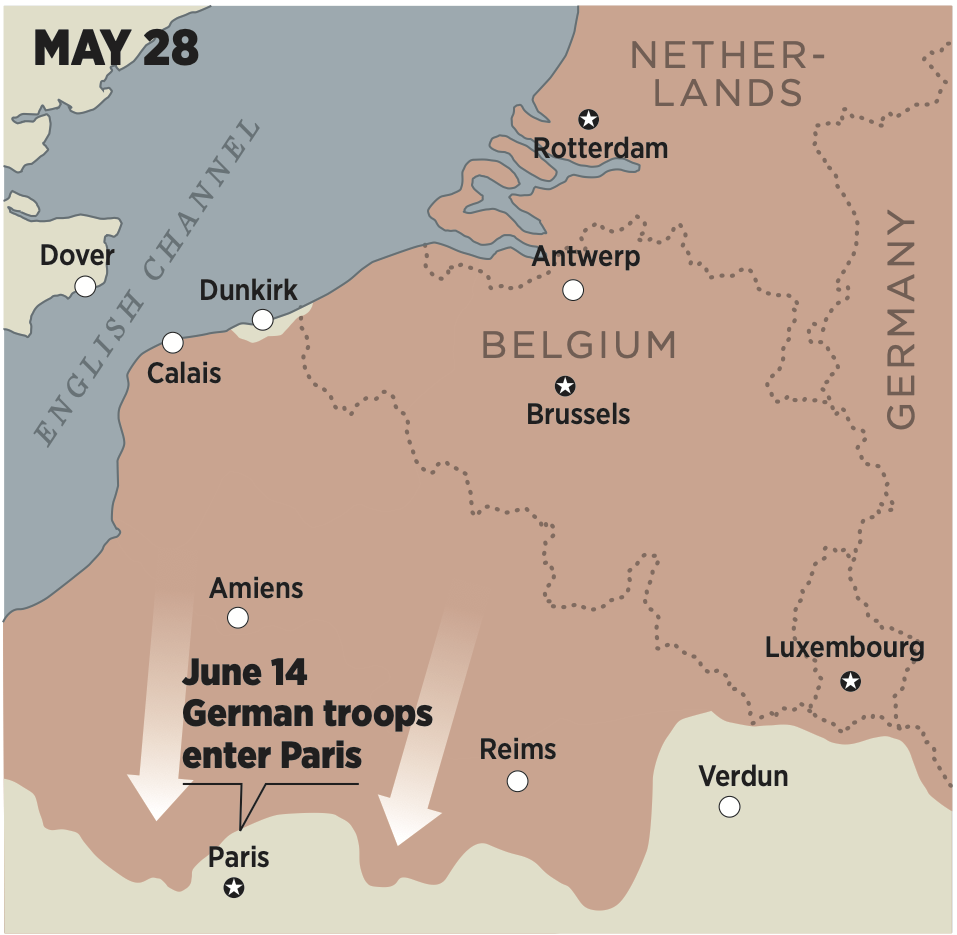 About a thousand vessels – destroyers and other warships, Channel ferries, steamers and even small cabin cruisers – answer the call. Troops line up along the beach to board larger vessels via the one waterfront pier while others wade into the water to be pulled into smaller fishing vessels. All the while, German forces bombard the city – and occasionally the troops huddled on the beach – while artillery and strafe them from the air. 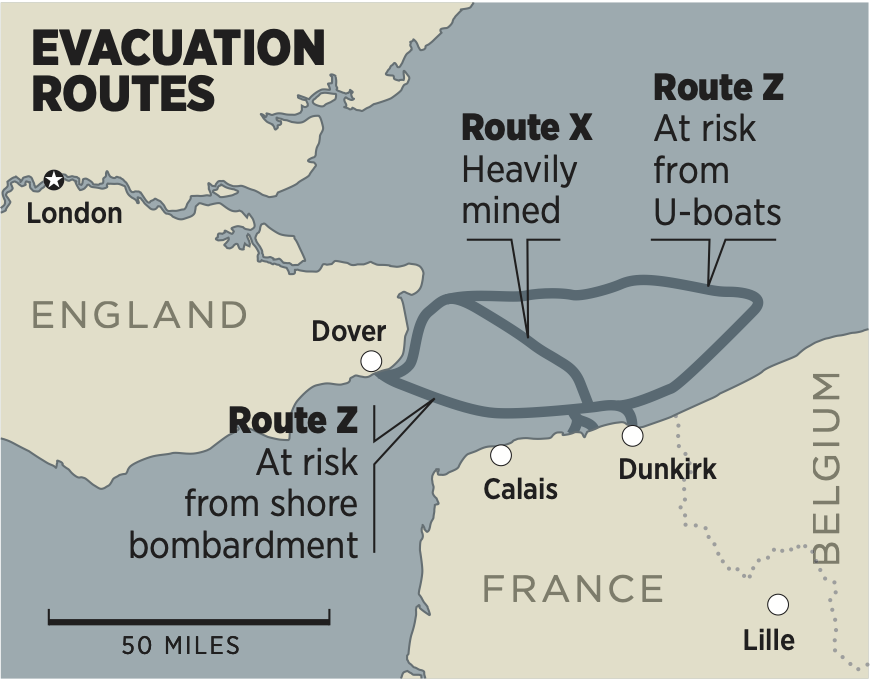 The operation begins on May 26 – 80 years ago today – with 7,669 troops pulled off the beach that first day. The effort picks up the next day with 19,000 evacuated. Ships laden with battle-weary men rush across the English Channel to Dover, unload and then head back for more.

Six British and three French destroyers are sunk by German fire and 19 more take heavy damage. In addition, 217 other craft are sunk – including 161 civilian “little ships.”

The Belgian army surrenders on May 28, putting even more pressure on the effort.

By the time Operation Dynamo ends on June 4, 338,226 men – two-thirds of them British – would be evacuated.

On that day, the rear guard remaining in Dunkirk – 40,000 French troops – also surrender.