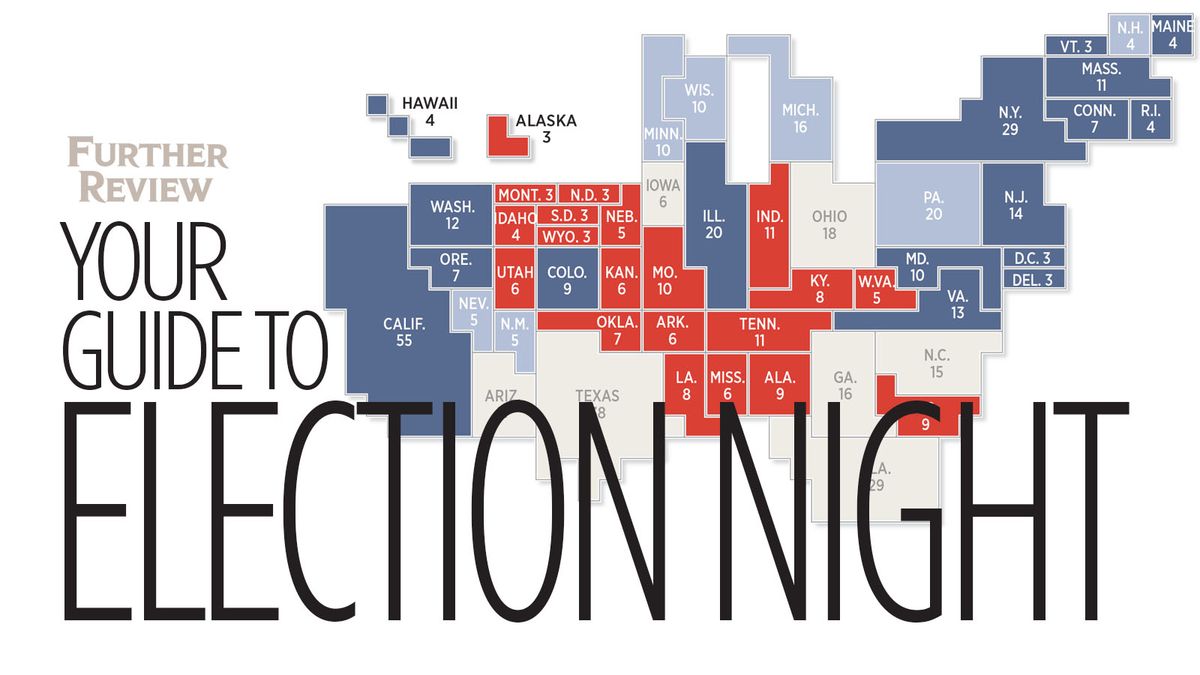 Electoral votes and swing states and poll numbers and turnout and absentee ballots ... it’s all so very much to take in every four years.

One big thing to know: It’s quite possible we won’t know the winner on Election Night. 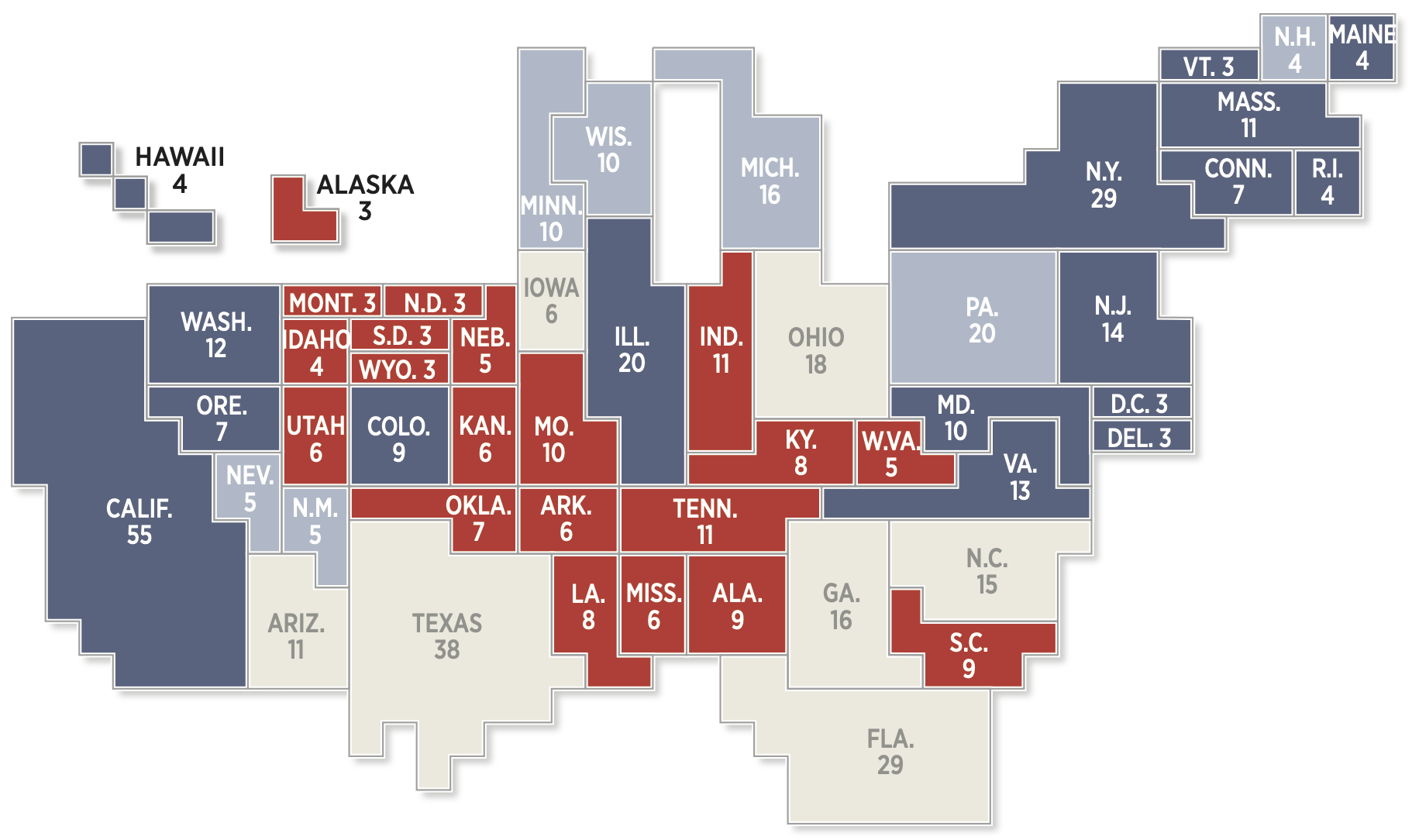 Each state in this map is shown in proportion to the number of that state’s electoral votes. The colors show who is expected to win in each state, according to an aggregate of national media. It takes 270 electoral votes to clinch a victory.

Q: How does this work?

A: We don’t elect our president directly. Instead, our votes empower electors to vote on our behalf.

This means the actual nationwide vote total – the “popular vote” – won’t be such an important number to watch Tuesday. Whoever wins in each state – even if it’s by the smallest of margins – wins all that state’s electoral votes – in most cases.

Q: The Electoral College seems complicated. Why hasn’t it been done away with?

A: It would take a constitutional amendment, which would have to be approved by two-thirds of each house of Congress and then ratified by three-fourths of the states.

Q: How many electoral votes does it take to win?

Q: Is it “winner-take-all” for every state?

A: Maine and Nebraska grant some electoral votes to the winners in their congressional districts. So it’s possible for candidates to split electoral votes in those states. It’s only happened once: Nebraska cast four votes for John McCain and one for Barack Obama in 2008.

Q: Is it possible for a candidate to win the popular vote but lose the electoral vote?

Q: When does the Electoral College meet?

A: Electors meet in their respective states to cast their votes on Dec. 14. The ballots will then be counted in a joint session of the new Congress on Jan. 6.

Q: Can an elector vote for a candidate other than the one he’s pledged to?

A: It’s rare, but it happens. They’re called “faithless electors.”

In 2000, an elector from the District of Columbia cast a blank ballot to protest the fact that D.C. has no voting member of Congress. In 2004, an elector for John Kerry cast a presidential ballot for John Edwards, although it is believed that was a simple error. It counted, though.

In 2016, nine electors voted for candidates other than the ones they were supposed to. Three of those nine were tossed out.

Q: What happens if there is an electoral tie vote?

A: In the event of a 269-269 tie, the newly elected House of Representatives would then vote for president.

The House would vote as state delegations, not as individuals. Each state gets only one vote.

The Senate votes for vice president – but as individuals, not as state delegations.

Q: So, in theory, we could wind up with, say, Joe Biden as president and Mike Pence as vice president?

Media predictions are as of noon Monday, Nov. 2.

States tagged with an asterisk have some precincts that close later than shown.

While the electoral vote in most states is winner-take-all, that’s not the case in Maine and Nebraska.

Larry Sabato is the director of the University of Virginia’s Center for Politics and a noted Electoral College expert.

Why no Fox News? Unlike CNN, Fox News has not posted electoral college predictions on its website.