Only once in a blue moon can we report to you that we’ll have a blue moon this weekend. However, blue moons happen a lot more frequently than you might think. It’s only been 17 months since our last one.

Two full moons in a single calendar month is a relatively recent definition of a blue moon.

For centuries, the term “blue moon” referred to the third full moon out of four in a given season. Typically, a season consists of three months. But because the moon works on a 27.5-day cycle, we earthlings sometimes get a little more than our money’s worth. A full moon by this definition happens seven times every 19 calendar years.

In 1946, however, an amateur astronomer named James Hugh Pruett wrote an article for Sky & Telescope magazine in which he mangled the definition into what we consider today to be the more familiar one: He said a blue moon is two full moons in a single calendar month.

In 1980, Deborah Byrd – host of a popular astronomy segment on public radio – discussed the two types of blue moons on her program. The media picked up on the newer, easier-to-understand definition, which caused it to stick.

Saturday’s blue moon is of the newer type: We had a full moon back on Oct. 1.

FACTS ABOUT OUR MOON

AVERAGE DISTANCE FROM EARTH: About 1/80 of the Earth’s mass 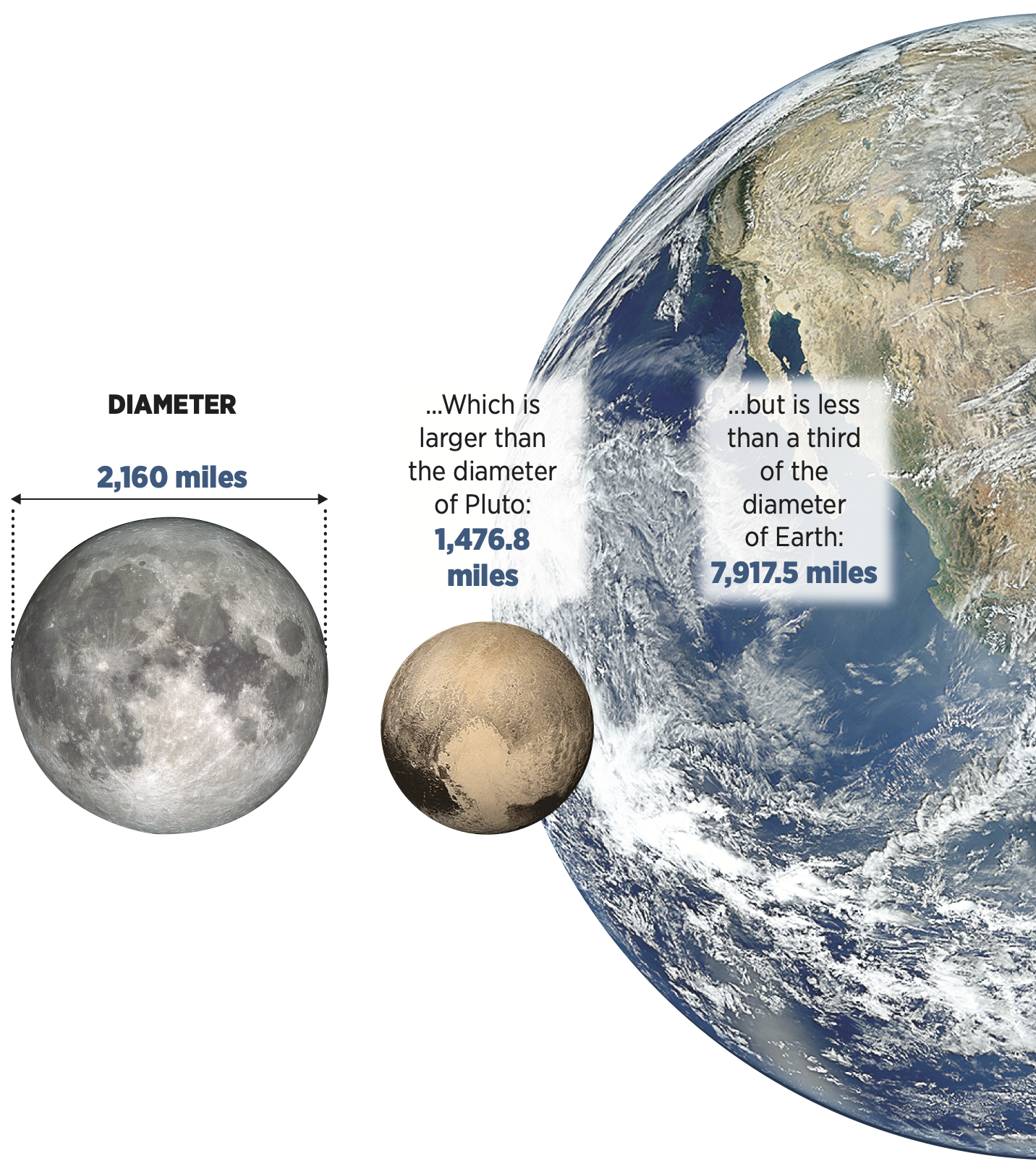 ORIGIN OF THE MOON

There are three main theories on how Earth’s moon came to be:

1. The moon was passing by and got captured by Earth’s gravity.

2. A large comet or meteor struck the Earth – perhaps in what is now the Pacific basin – ejecting a large chunk into orbit.

3. About 4.5 billion years ago, a planet about the size of Mars slammed into a still-very-young Earth. The debris from that collision formed a ring around the Earth. Which eventually collected into one solid object.

This is the theory that seems to be most favored today. 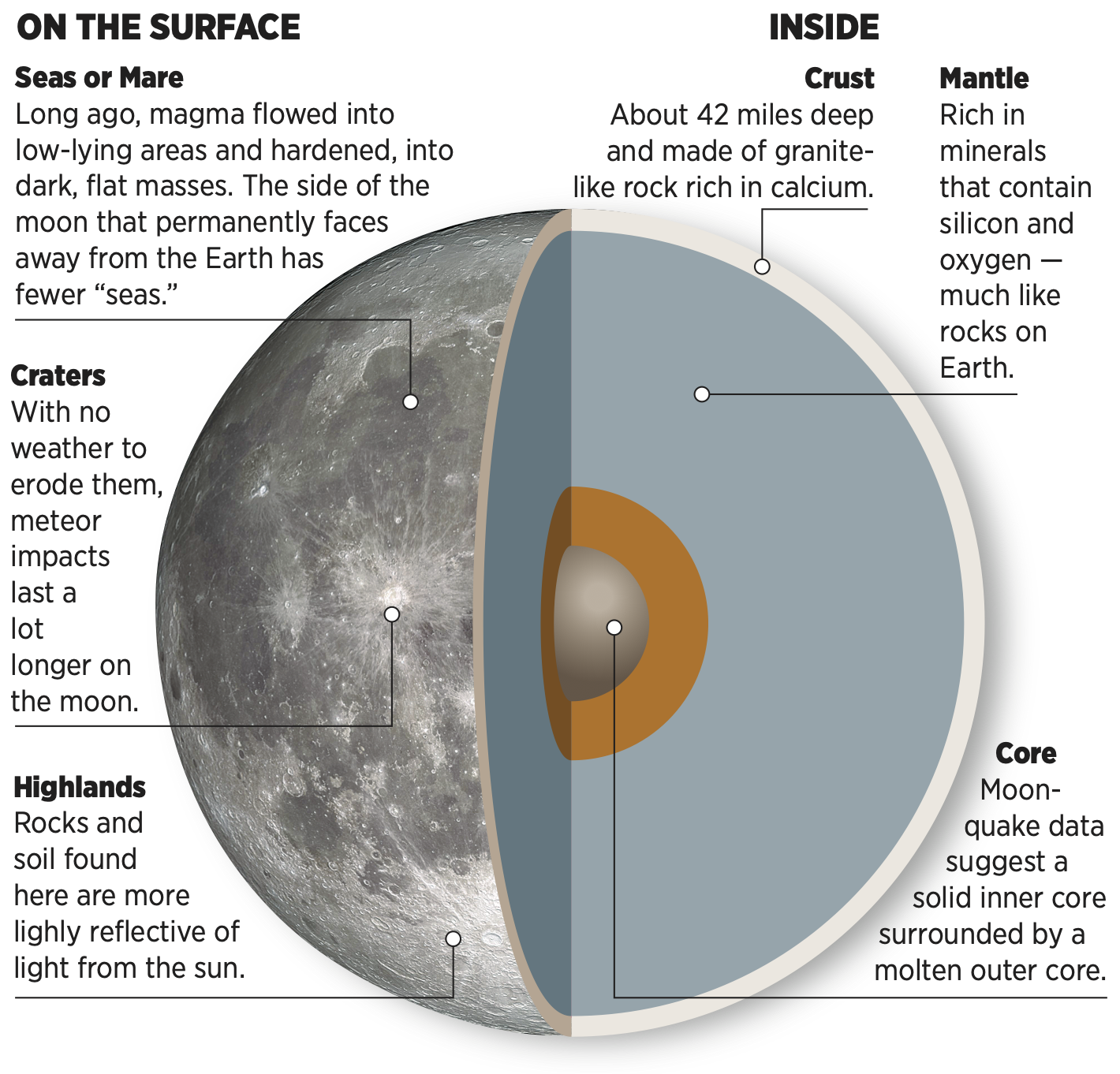 IS THERE ICE ON THE MOON?

Data from NASA’s 1996 Clementine orbiter suggested ice could exist in craters and other areas of the lunar surface – mostly at the poles – where sunlight never reaches.

This would seem impossible: Surface temperatures on the moon range from 212° F during the day to -292° at night. Any water should have evaporated long ago.

Scientists await proof one way or the other.

According to internet lore, “moneybags” is a month that contains five Sundays, five of the same weekday – for example, five Fridays, five Saturdays and five Sundays.

This supposedly happens once every 823 years. That is, according to those Facebook posts you see from time to time.

That doesn’t explain why it happened six times, so far, this calendar year – January, March, May, July and August – will happen again this month and then once more in December. The same applied to 2019. And will apply to 2021.

In fact, any month with 31 days will be a “moneybags” month, as defined by this legend.

There’s nothing special at all about three consecutive days appearing five times in a month. If you’re concerned about such things, then you’re spending way too much time on Facebook.

Sources: EarthSky.org, Space.com, TimeAndDate.com, Snopes.com, the Washington Post, Library of Congress, NASA, Scientific American, MoonGiant.com, The Planetary Society, Lunar and Planetary Institute, “Space: From the Earth to the Edge of the Universe” by Dorling Kindersley