On this date 25 years ago, Sony’s first PlayStation game console went on sale in North America.

The 64-bit system featured high-quality 3D graphics, three megabytes of memory – one of those devoted to just video – and 16-bit, 24-channel sound. In addition, the Playstation was one of the first to use games in CD format, which meant the console could double as a music player.

The PlayStation would set a standard for home video gaming that has kept Sony out in front of the rest of the gaming industry for a quarter-century.

The original concept had been for Sony to team up with Nintendo and release a new CD-based console, thereby doing away with the then-ubiquitous – but more expensive to produce – game cartridges. The new unit was to be called the Super Nintendo Entertainment System-CD.

However, before the new console could be brought to market, Nintendo pulled out of its agreement and stuck with hardware made by Philips instead. Sony continued to refine its console idea, adding speed and power to its system and, most important, deciding to give it the capability to render 3D graphics.

The PlayStation first went on sale in Japan on Dec. 3, 1994. It was an immediate hit there, selling 100,000 units on the first day and 2 million in the first six months.

In the U.S., Sega announced its highly anticipated Saturn console to be released that fall to sell for $399. Sony’s American executives made an immediate decision to announce the PlayStation would sell for just $299.

The PlayStation launched in North America on Sept. 9, 1995. Despite there being only 17 games available at the time, there were more than 100,000 preorders. Retail outlets found themselves rapidly selling out. Sega – alarmed at how deftly it had been upstaged – dropped the price of its Saturn to $299 but still couldn’t stop Sony’s momentum.

By the end of the holiday shopping season, Sony had sold 800,000 consoles in the U.S. Price wars between Sega and Sony would continue the next year as both manufacturers dropped the prices of their units to $199. 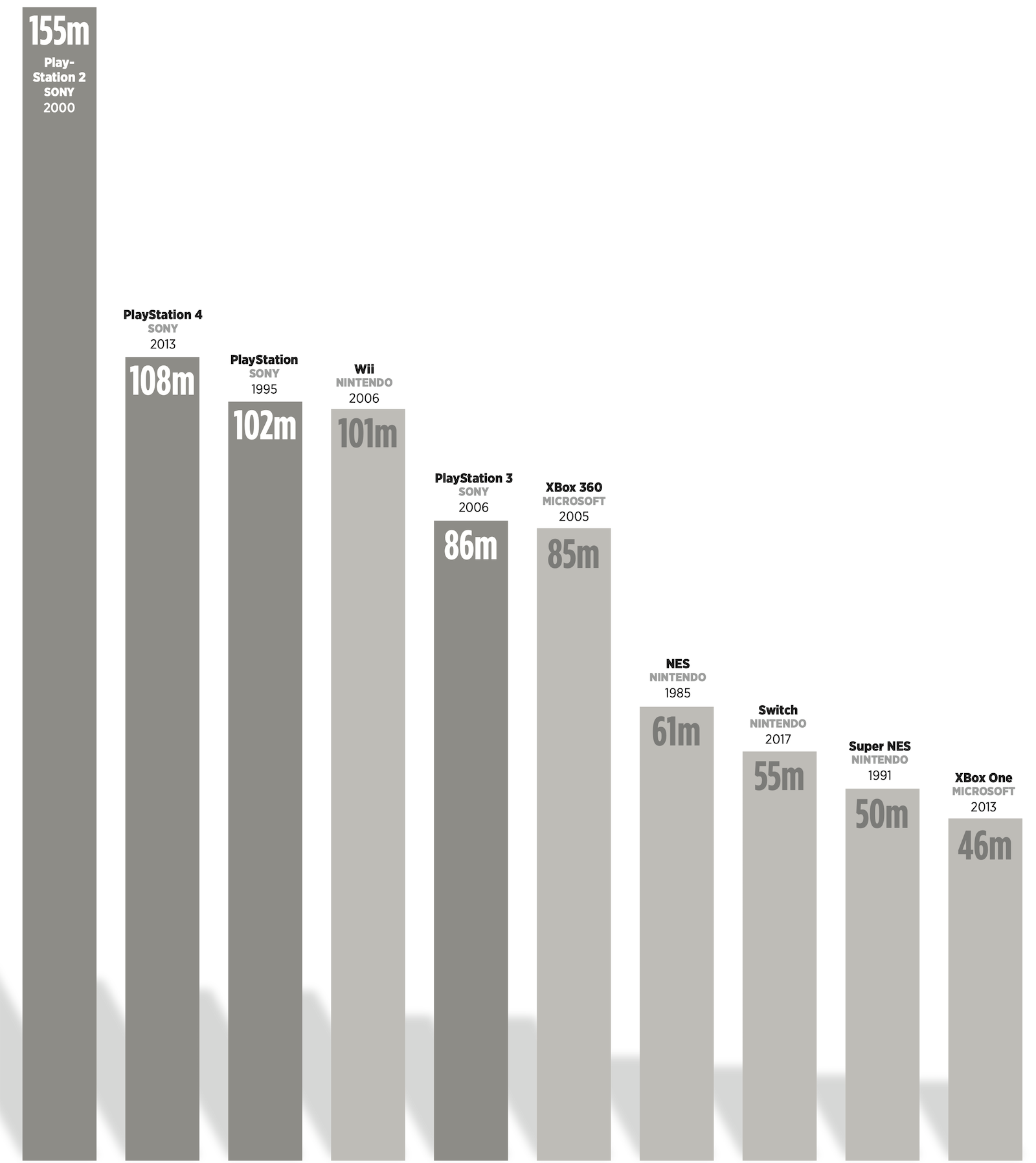 The original PlayStation would go on to become the first gaming console to sell more than 100 million units – which it did before the end of 2003.

The PlayStation 2, released in North America on Oct. 26, 2000, would become the bestselling home console – thanks, in part, to its ability to play games over the internet. The next two incarnations of the PlayStation – 3, released on Nov. 7, 2006, and 4, released on Nov. 15, 2013 – didn’t fare quite so well, finding stiff competition from the Nintendo Wii and the XBox from Microsoft.

The PlayStation 5 – planned for release later this year – will be capable of 4K screen resolution. The base unit will include an Ultra HD Blu-ray drive but a version without the disc drive – for gamers who prefer to download their software from Sony – will also sell for a bit less. Bloomberg estimates the sales price should be around $470.