A GRIP ON SPORTS • What are you planning for the weekend? Unless the smoke clears out around here, it will be two more chances lost to get outside before winter arrives. The only consolation is there is plenty to watch on my brand-new television.

• Yes, like that obnoxious AT&T commercial that seems to air every 11 minutes on every station, we’ve gone bigger in the Grippi household. More than 60 inches. With 4K contrast and Alexia capability. It’s a little daunting. And yet seems so right. Binge-watching “The West Wing” (in this year of what promises to be a nasty presidential election, I wanted to inject some political optimism into the household) has never been better.

Neither has golf. Or any other sport.

So what to watch this weekend? The choices are seemingly endless. 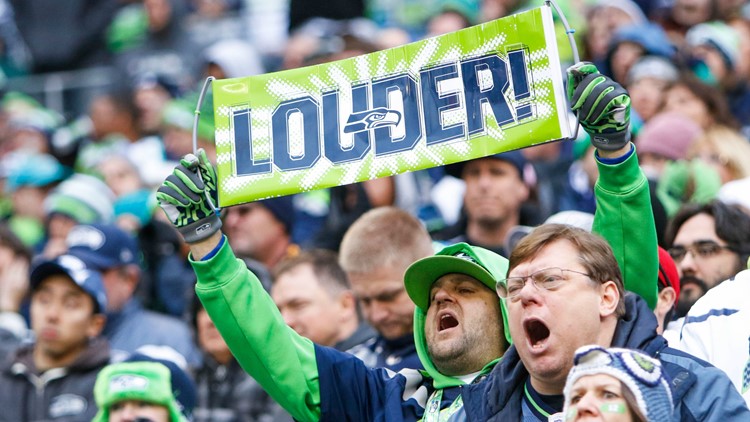 Let’s start with the Big One, at least in our house. Any major golf tournament, even one played on a weird weekend, fills that role here. I’m a sucker for fast greens and deep rough, so this weekend’s U.S. Open at Winged Foot is perfect. Somewhere around 4:30 Sunday afternoon a champion will be crowned. The DVR will be rolling  – I have a previous engagement – and it will be watched at some point. Up until then, we’ll be in front of the TV for most of today and Saturday.

The plan is to be back home for the Seahawk game. The matchup with the Patriots is not only the finale of the weekend, it’s also the climax. At least in these parts. Can Russell Wilson and the revamped Hawks offense outscore Tom Bra … oops … Cam Newton and the Pats? (Hey, there are college students in this country who don’t remember a time when Brady wasn’t the Patriots’ quarterback, so cut me a little slack.)

Between now and then there are NBA – the Lakers/Nuggets series begins tonight – and WNBA playoff games. There are baseball games galore, including another Mariner home series played on the road. And there are at least 14 college football games Saturday, including six that feature ranked teams.

If you are wondering why there isn’t more games with ranked squads in this condensed season, it’s simple. The SEC doesn’t begin play until next weekend.

If the major sports aren’t your cup of tea, there is soccer galore as well as auto racing, tennis, the Tour de France, horse racing and even rugby. In other words, a typical fall weekend with a twist.

• It won’t be typical in CenturyLink on Sunday night. Not without the fans.

Make fun of the 12s if you will – we do – but they do add an element that is almost unmatched in the NFL: an intimidating college-like atmosphere.

That won’t be in play.

Everyone understands why, intellectually, but our emotions tell us this isn’t right. Our heart screams that if you are playing football, dealing with a hostile home crowd is part of the game – and a big part of the fun.

Then your brain begins to laugh. It reminds us the NFL is nothing more than a TV show and the usual crowds play the role of the studio audience. If they can’t be there, so be it. The network can add a laugh track in post production.

That’s not the case with much of college athletics, however. Which makes the email my wife, Kim, received yesterday afternoon from Gonzaga athletic director Mike Roth that much sadder.

As you may remember, Kim has been a GU women’s basketball season ticket holder since the old Kennel days, back when they were so inexpensive, even we could afford them. So when Roth let her (and all the other men’s and women’s season-ticket holders) know that GU is “operating under the assumption that fan attendance at home games will not be allowed or limited at best this year,” and that “we won’t be renewing season tickets as we normally would for the 2020-21 season,” she was a bit downcast. As was, I presume, all of those who enjoy watching the Zags play at home.

It was another part of the letter that caught my eye.

“Even though we don’t foresee being able to pack the Kennel this year, we are still relying on you to continue your support as one of our most loyal fans through the ZAGS UNITED campaign. All season ticket holders will retain the opportunity to renew season tickets in the future regardless of their giving level.”

The emphasis on the last sentence is mine. As I read this, unless season-ticket holders donate something to Gonzaga athletics this season, they will lose their place in line in 2021-22. Of course, I could be wrong. The “regardless of their giving level” could include nothing at all. But that’s not the impression I, and others in the same situation with which I conversed, received.

Hey, I understand the school’s need. And Kim has already said she will continue her donation. She supports women’s basketball emotionally and financially – if you had seen in person, as I did, the conditions in which her college basketball experience was conducted, you would understand why – and she enjoys watching the Gonzaga games as much as any leisure activity she has. Plus, she can afford it. And appreciates the current need.

Gonzaga’s women’s basketball fans (and, I presume, the men’s) are as about as loyal a group as you’ll find. Some, like my wife, were around when the Zags were not a West Coast power. Others have discovered the joy of the communal experience only recently. They will respond. And would have, I’m guessing, even without the idea their place in the Kennel may depend on it. 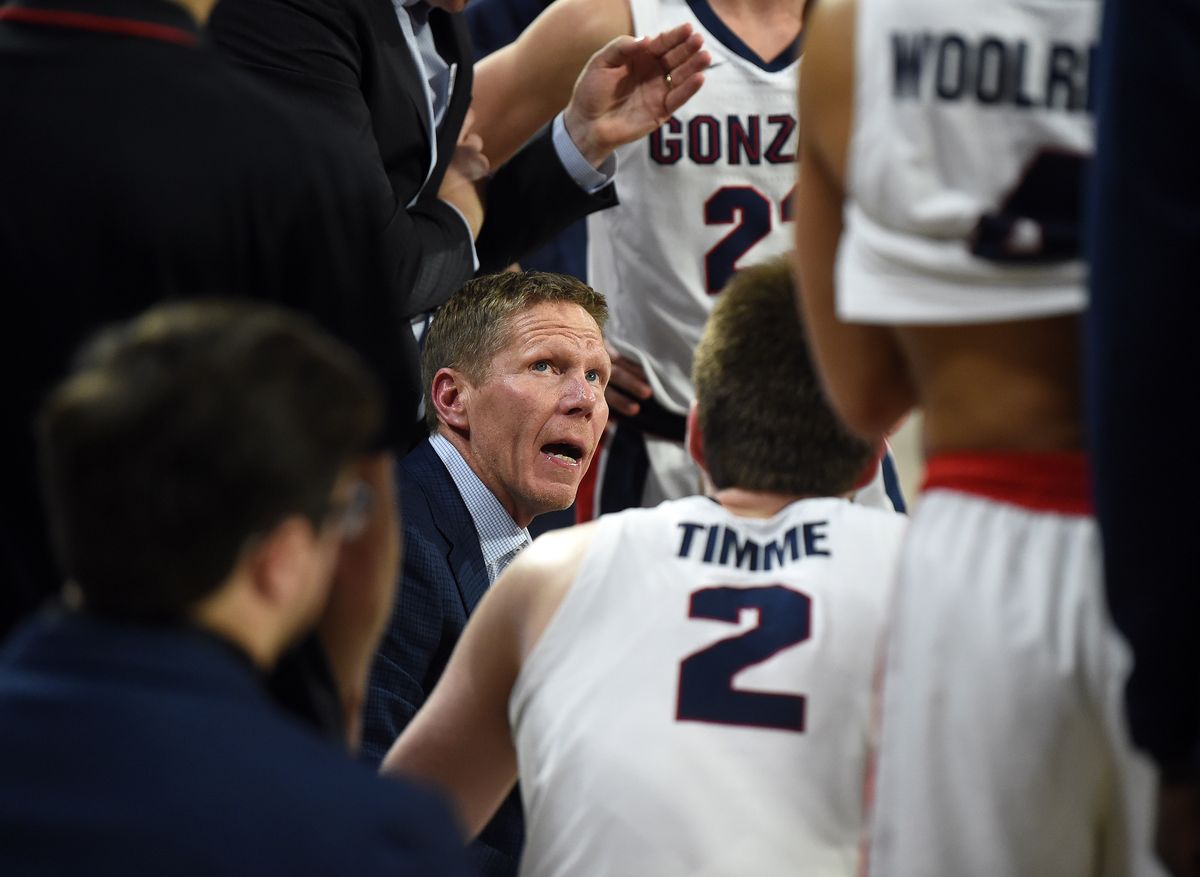 Gonzaga: Mark Few is confident the basketball season will come off. There will be nonconference games, a conference season and an NCAA Tournament. He spoke with Jim Meehan yesterday about all of it. … Larry Weir spoke with Steven Karr yesterday about such things as well. The conversation is part of the latest Press Box podcast. … Elsewhere in the WCC, BYU is trying to build the toughest schedule possible, but the time frame is short and the competition intense.

WSU: Speaking of fans, each week Cougar fans respond to Theo Lawson call for questions. And then Theo answers them. Here’s his latest mailbag, with an emphasis on the upcoming football season. … As we said yesterday morning, Thursday was a day in which the Pac-12 would try to iron out the details concerning a return to sports this fall. Theo summarizes what happened here. And then today, the CEOs meet. They will make decisions, it is assumed, about basketball and football, along with other sports. The Big Ten – despite coronavirus issues on its campuses – is starting football Oct. 24. It doesn’t look like the Pac-12 can do anything until Oct. 31, mainly because the conference dithered recently. Up until then, the conference’s response seems to have been measured and studied. Even if the metrics used might have been a bit flawed. … Around the Pac-12 and college sports, the #WeAreUnited movement seems to have fizzled a bit. … Washington is losing one of its best defensive players. … Oregon State has a cleared a hurdle that hindered its return to football action. … To make the Oct. 31 startup date, practice needs to begin Monday. … If basketball is allowed to play before the first of the year, how many Pac-12 teams will be ranked? 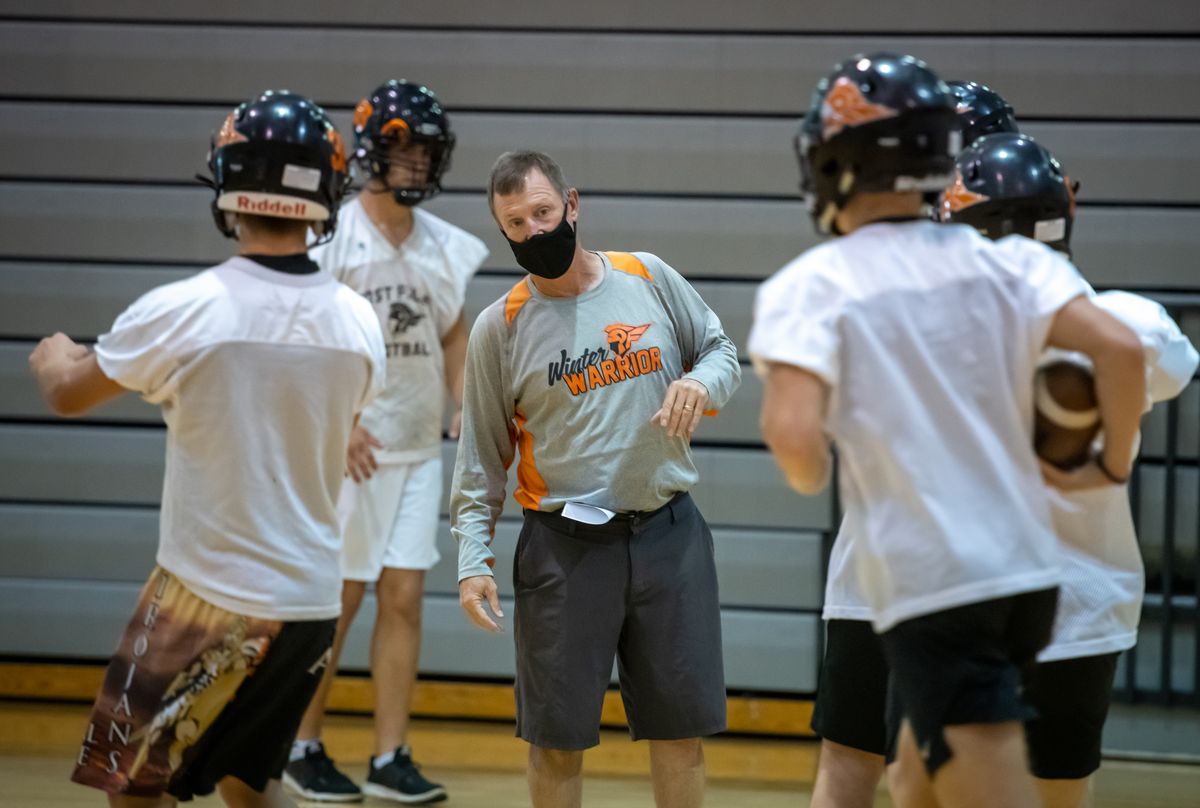 Preps: We are already into the third week of Idaho’s football season. Dave Nichols has a preview, focused on Post Falls’ non-league game with Lake City. … Speaking of Post Falls, Ryan Collingwood profiles the Trojans’ head coach, Blaine Bennett. Bennett has a lot of experience, though most of it comes from the college level.

Golf: We watched yesterday as some golfers had their way with the toughest course in the U.S. Open rotation, with 21 shooting under par. Joel Dahmen wasn’t one of them.

Mariners: The series with the Giants got chippy. And it also may have cost the M’s any chance at the postseason. Seattle’s bullpen failed again yesterday. … The games with San Diego have been moved south. Art Thiel examines that as well as all the other weird recent sports happenings in Seattle.

Seahawks: Bill Belichick is a big Russell Wilson fan. Wilson is also part of an emerging majority. And a big part of the offense.

Sounders: If the smoke clears enough tonight, Seattle will try to take over first in the Western Conference. … Brad Smith is back with the Sounders, though it will be awhile before he’s on the pitch.

• Talk about feeling old. My son Jack came over this week and basically took over the TV setup. I became his sous chef in this regard. It wasn’t all that long ago – it seems to me – he was in diapers, holding a plastic basketball and crying because I couldn’t get his Playskool hoop put together fast enough. Where the hell do the years go? By the way, as payment for helping put together our new TV, I gave him our still-serviceable old model. It’s “only” 55 inches. Until later …