CHENEY – Rolling hills of farmland pervade much of what’s to the immediate west of the Eastern Washington University campus in Cheney.

One particular 120-acre stretch was once part of the Palouse Prairie, a fertile ecosystem of grasslands that spanned approximately 18,000 square miles until more than 99% of the ecoregion was lost to more than 150 years of agricultural practices, according to a 1995 U.S. Geological Survey.

Erik Budsberg, EWU’s sustainability coordinator, said the university purchased the 120 acres in the mid-1960s for some sort of potential expansion. 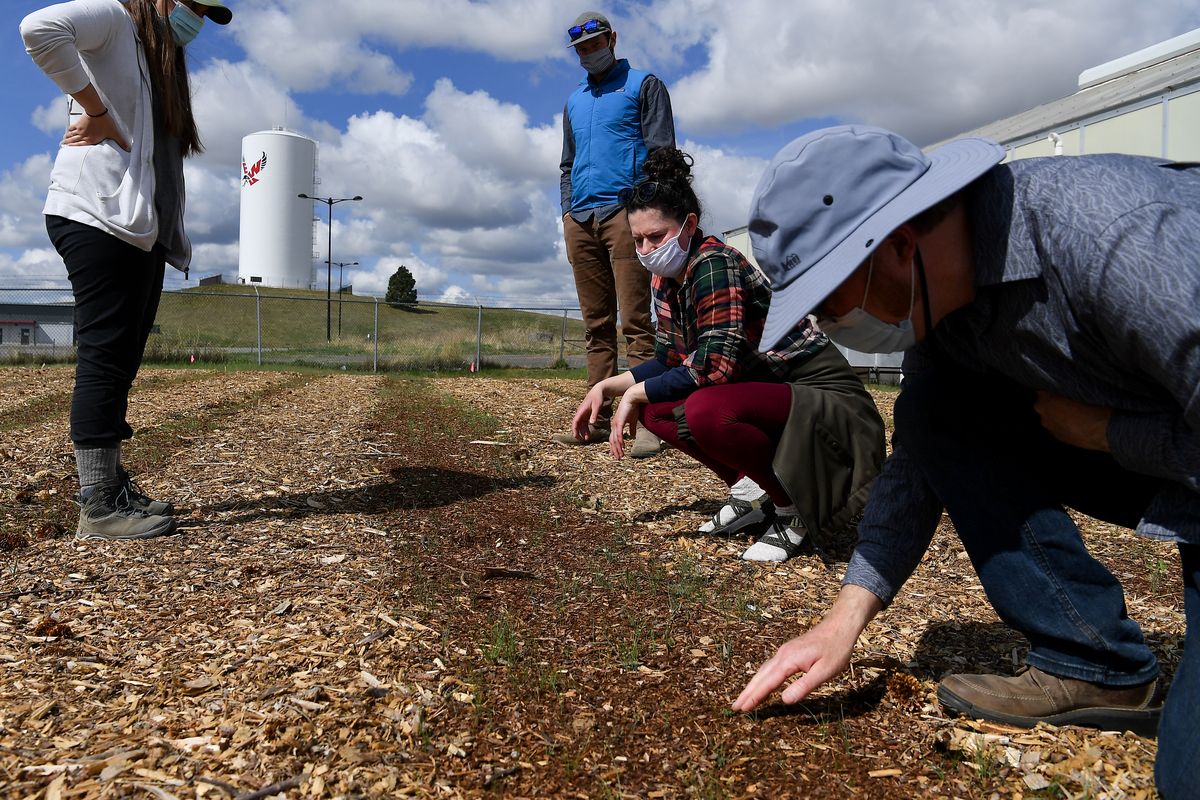 Making good on that goal more than five decades later, the university is in the middle of a prairie restoration project to return the area to its roots.

The project aims to restore the Palouse Prairie ecosystem by replanting native plants. In doing so, project leaders are also hoping to create a recreational green space for the Cheney community with a trail system, outdoor classroom spaces, informational kiosks and potentially an amphitheater.

“Something we’re always trying to do is create living laboratories, essentially finding ways on campus to provide campus resources to better student living opportunities while having those student learning opportunities better the campus,” said Budsberg, the project’s manager.

Having officially kicked off in May 2019, EWU’s three-phase prairie restoration has entered the second phase, which will involve fundraising, research and further development of the project’s initial planting sites.

Rebecca Brown, chair of EWU’s Department of Biology, said she anticipates seeing a trail system, wildflowers and native grasses five years after whenever the overall site is drill seeded.

“We hope to continue building the diversity into that over time, but at least then we’ll have a complement of native species,” she said. “It’ll be beautiful.”

Part of Budberg’s job as EWU’s sustainability coordinator is devising ways to moderate and ultimately lower the university’s level of greenhouse gas emissions.

Budsberg, who proposed the prairie restoration concept about three years ago, said prairie grasslands have a high capacity for sequestering carbon dioxide beneath the soil. He said the goal was to make the project an interdisciplinary effort, with ecology and biology students working with those in communications, education and design, for example.

Most of the parts left of the Palouse Prairie ecoregion are referred to as “eyebrows,” patches of land too steep or rocky to farm.

After the 120 acres was purchased by EWU, Budsberg said the university leased the land for management purposes to a farmer. Earlier in its history, the land was occupied by the Spokane Tribe of Indians, Budsberg said.

“We’ve actually been working with the Spokane Tribe on this to figure out how to develop it so that we can protect a lot of that cultural history,” he said. “There are a lot of native plants that were used that were important food staples. We’re trying to bring those plants back as well to make those cultural connections to our land to understand that history and to think about how those interactions work going into the future.”

A Spokane Tribe representative could not be reached for comment.

Beyond the carbon sequestration aspects, Brown said prairies boast significant levels of biodiversity, have extensive pollinator networks and are home to endangered plant species. They are also good at preventing erosion, she said.

“We don’t have a full documentation or understanding of the processes that form the soils in these prairies, so there’s a big microbial component to soil development,” she said. “If we lose this ecosystem without having a chance to understand that, we’ve probably just lost something very important.”

In Phase 1, students, faculty and staff hand-planted various species of native plants this past winter along a 1.5-acre pilot site.

Brown said organizers were aiming for a larger 15-acre pilot site from the get-go, but ran into trouble last fall with wet weather and the COVID-19 pandemic. Drill seeding is scheduled to take place across the remaining pilot acres in September, while plant growth at the existing site will be evaluated later this summer.

The prairie restoration will be funded through donor support and grants, Budsberg said. The project’s funding sources to date have included the EWU Foundation, the Environmental Protection Agency and a No Child Left Behind grant through the state of Washington, Brown said.

Budsberg said the overall project cost, including the amphitheater component and similar add-ons, is estimated at roughly $3 million. Of the initial phases, the prairie restoration processes, including maintenance costs, and the installation of a trail system is expected to cost around $1 million over a five-year period.

Other significant costs will include getting native seeds and long-term maintenance and management, Brown said. Beyond the academic and recreational objectives, Brown said another goal is devising best management practices for landowners who “want to have little pieces of Palouse on their own property.”

“I think this is going to be really transformative for our campus, and perhaps it has the opportunity to be transformative to the region in learning about Palouse Prairie,” she said. “I hope that it will result in increased efforts to restore and preserve the Palouse Prairie remnants that are still out there so that we can start to see the value of these native ecosystems before they’re gone.”