By Nina Culver For The Spokesman-Review

When three young men left Gonzaga University in 1959 to go sing folk music in New York City, they had no idea of the lives that would follow. They certainly had no idea that one day a book would be written on them .

The story of the Chad Mitchell Trio is being told by former Spokane Daily Chronicle and Spokesman-Review reporter Mike Murphey, who happened to do a story on the trio in January 1983. But he wasn’t just a reporter doing an interview.

“I was tremendously influenced by folk music,” he said. “I discovered the Chad Mitchell Trio when I was in the eighth or ninth grade. They had a profound effect on my political awareness and awareness of social issues. Years later, I worked for the Chronicle and found out that Mike Kobluk lived in Spokane.” 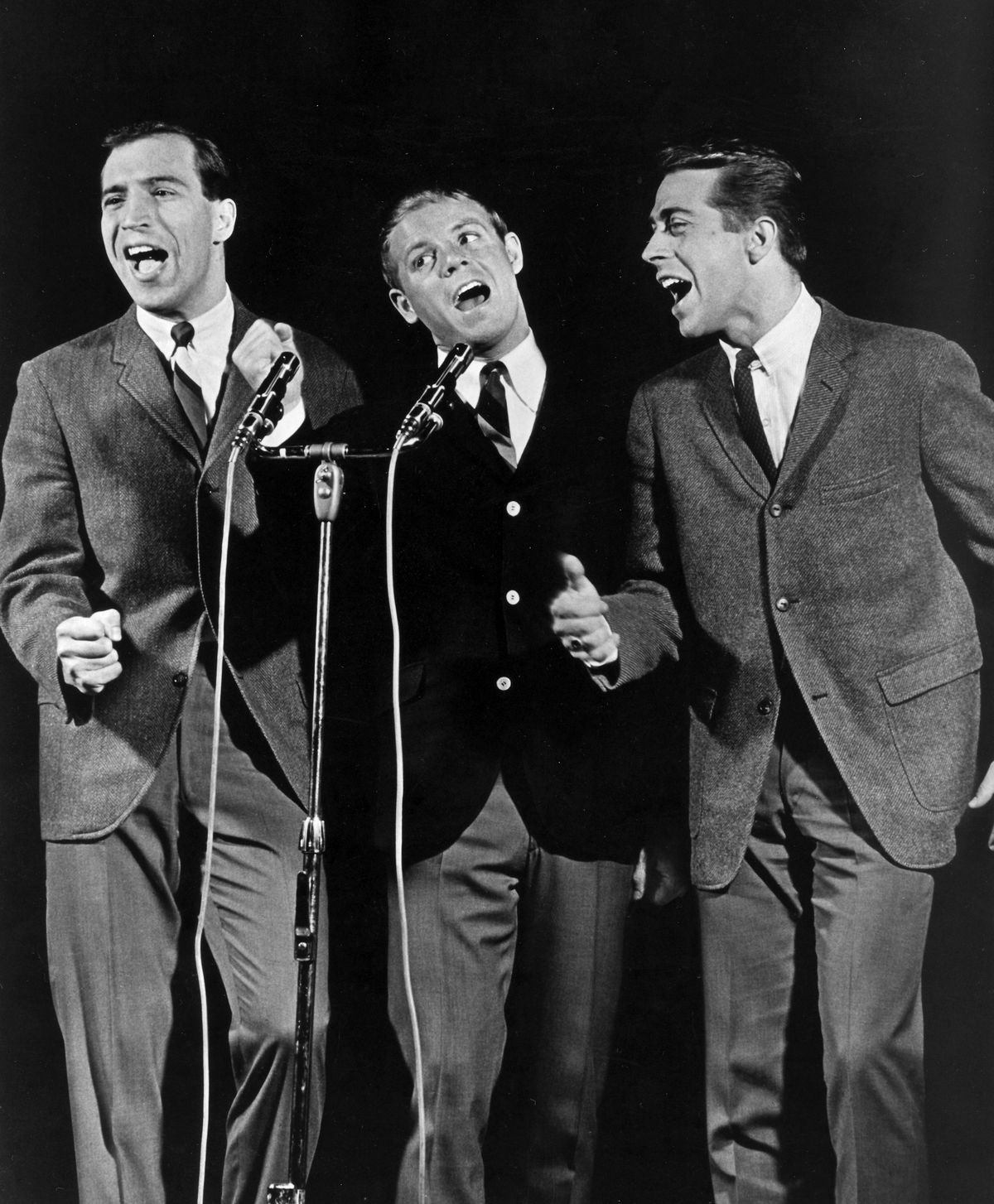 The Chad Mitchell Trio were headliners at the second annual Fold Festival in Spokane on Aug. 24, 1964.  (The Spokesman-Review archive)

At the time, Kobluk was working as the city of Spokane’s director of entertainment facilities and never spoke of his past.

“Many, if not most, of the people he worked for or with knew nothing about the Chad Mitchell Trio,” Murphey said.

Murphey started work on his book three years ago, doing three interviews a week with Mitchell and Kobluk either together or apart. Frazier died several years ago. The final result, “We Never Knew Just What it Was … The Story of the Chad Mitchell Trio,” will be released next month.

The book covers the group and its performances, the members living their separate lives for decades, and then the reunion years, Murphey said.

The group’s original members were Chad Mitchell, Mike Kobluk and Mike Pugh. After only a few months, Pugh left and was replaced by Joe Frazier. In 1965, Mitchell left the group, then called the Mitchell Trio, and was replaced by John Denver, who had yet to achieve the fame that would later be his. Mitchell, Kobluk and Frazier would reunite decades later and go back on tour.

There’s a lot in the book about the relationships between the group members, particularly Mitchell and Kobluk.

“The fascinating thing about this whole thing is the evolution of their relationship,” Murphey said. “They literally are absolutely polar opposite personalities. When they went to New York, all they knew about each other was they could sing. By the time Chad left, they really didn’t like each other.”

Kobluk came back to Spokane after he left the trio in 1968. Years later, Mitchell also returned and happened to buy a house only two blocks away from Kobluk. Since then, they’ve forged a more amicable relationship, Murphey said. “Here are two guys who fate keeps throwing together,” he said.

Murphey said the two surviving members of the trio are happy with the book. “I think we’re all happy with it,” he said. “Chad kind of bares his soul in the book. He’s a wonderful guy, very talented, but he has his demons.”

Those demons led to Mitchell being imprisoned in Mexico at one point. Frazier was kicked out of the group in 1966 when he began missing concerts because of drug issues, Murphey said. After years of struggling with drugs and his sexual identity, Frazier graduated from Yale Divinity School and became a gay Episcopal priest, Murphey said.

“His story is very interesting, too,” he said.

The trio members didn’t have any contact with one another until 1985. That’s when an organizer with the World Folk Music Association tracked them each down to ask about them appearing at the 25th annual event, Kobluk said.

“Each of us was interested and anxious to get together,” Kobluk said. “Twenty years had gone by and we wanted to see if we could still sing together like we used to.”

They could. That performance launched a reunion tour of sorts, with the group performing three or four times a year. When Frazier died, Mitchell and Kobluk initially tried to replace Frazier and continue on, but it just wasn’t the same, Kobluk said.

It was an interesting experience to be interviewed for the book, Kobluk said.

“Dragging up the past is sometimes difficult and sometimes great memories,” he said. “It’s an interesting book in a lot of ways. In some ways there’s more information there than you might want to know.”

Murphey said he hopes people will learn about the importance of the trio. They tackled many controversial topics in their songs, so controversial that many radio stations refused to play them. That limited their commercial success despite the quality of their songs.

“The real story is that they were better than anyone,” Murphey said. “There was no one in the folk world who could do what they did vocally. They played a really important role for a generation.”

Murphey’s book, published by Acorn Publishing, will be released on Aug. 11. A formal release party is scheduled for Sept. 9 at the First Interstate Center for the Arts in downtown Spokane. The event will include readings from the book and both Mitchell and Kobluk will be in attendance.

“I think it’s going to be a neat evening,” Murphey said.