Bloomsday will happen in-person on May 1 for the first time since 2019, with runners following the traditional 12-kilometer path that attracts thousands of competitors every year.

“It’s been a running joke that for the last two years we’ve done virtual, that we were looking forward to getting out of the mailing business and back into the running business,” race director Jon Neill said Wednesday in a news conference at the Podium. “And we’re thrilled to be able to say we’re back in the running business.”

Neill said this year’s 46th Bloomsday also will introduce a Bloomsday race phone app so racers can track their distance and times at each mile marker. 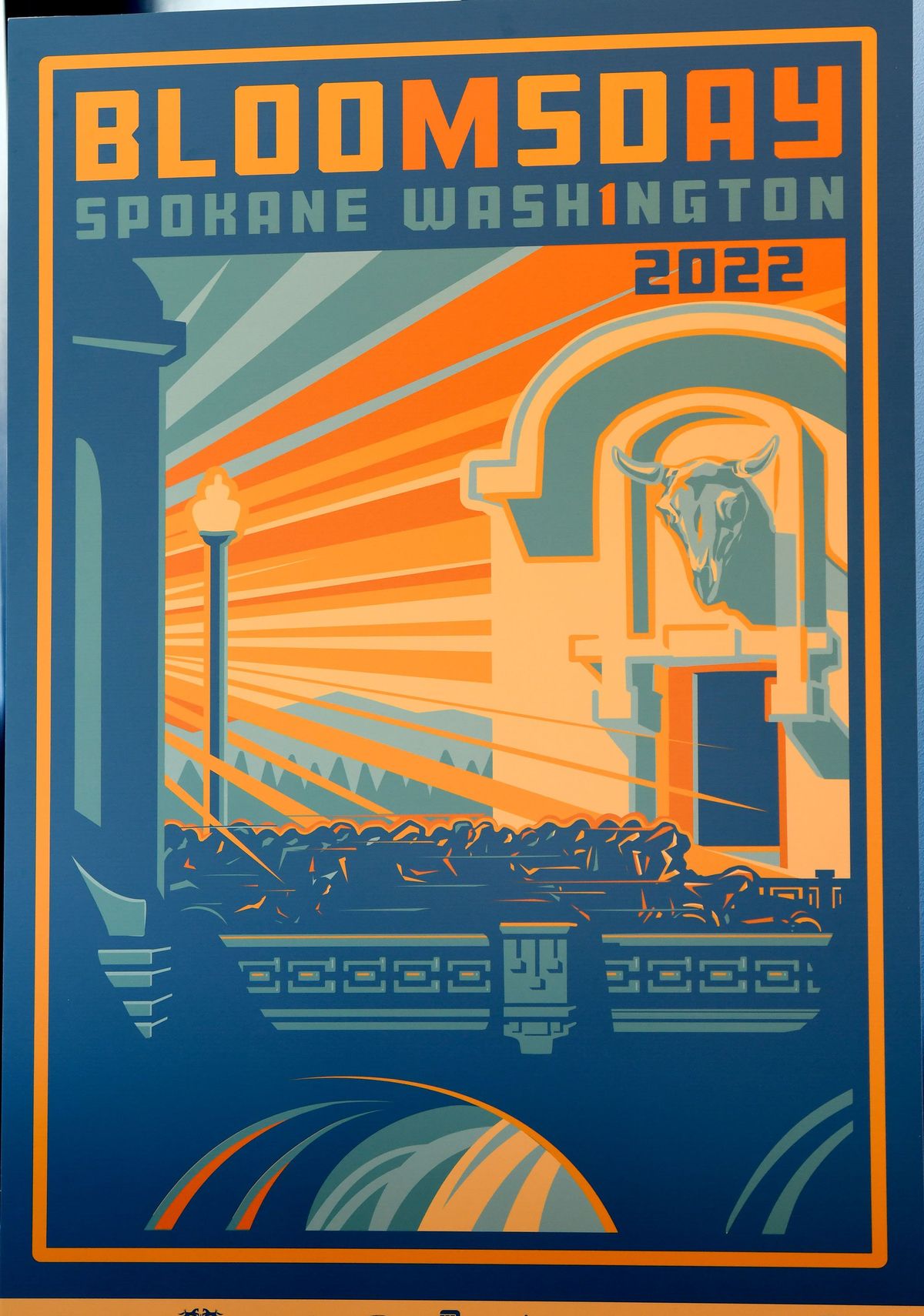 A virtual Bloomsday still will serve as an option starting April 28 through May 8, wherein runners can run their 12 kilometers, submit their time and get a Bloomsday finisher T-shirt mailed to them, Neill said.

If their dog runs with them – a race coined “Bloomsdog” – their pet will earn a specialized finisher’s bandana and treats, Neill said. Those are only available to virtual racers.

Children also can sign up for the approximately 1½-mile Junior Bloomsday run on April 16, planned for Spokane Falls Community College, Neill said. The $20 entry fee and finishing the race will earn each runner a free Silverwood Theme Park ticket, as well as other prizes.

“I chose to highlight the iconic bison skulls featured on the bridge shelters to represent the resilient character of the Spokane community and the determination of every race participant,” Maebius, who first ran Bloomsday in 2007, was quoted as saying in a news release.

The Bloomsday board of directors each year chooses a charity to sponsor. The directors this year decided to donate proceeds to West Central Community Center, which is located near the top of Doomsday Hill.

Dori Whitford, president of the board of directors, said they get many applications and suggestions from charities. The choice to make West Central the official charity was based on the center’s wide range of services and long reputation in the neighborhood, Whitford said in an interview.

“Even in COVID, they were there taking care of their neighbors,” Whitford said.

“I travel around the country promoting sports for Spokane and I get asked all the time about Bloomsday and, ‘How does it work? 50,000-plus runners, all the sponsors, the volunteers closing the city down for an event like this, you know, what’s the secret behind Bloomsday?’ ” Sawyer said. “And I’m not sure I really have a good answer. The only thing I can say is that it is, to me, just the spirit of a really healthy community.”

Participants will have to follow all state and local health guidelines established at the time of the race, according to the Bloomsday registration page.

According to the Bloomsday website, participants will need to follow most current COVID-19 rules in place at the Spokane Convention Center because that’s where participants pick up their race packets.

Those guidelines currently require COVID-19 vaccination proof or a negative FDA-approved COVID-19 test within 72 hours, and the use of a mask that will not be required during the walking or running of the race. But state mandates, including mask requirements, are scheduled to relax next month.