The 92nd Air Refueling Wing bid a fond farewell to its commander of two years and welcomed in a new one during a change-of-command ceremony at Fairchild Air Force Base on Monday.

Col. Cassius Bentley said goodbye to the airmen at Fairchild and passed the baton – or in this case the 92nd Air Refueling Wing flag called a guidon – to incoming commander, Col. Chesley Dycus, before a crowd of a few hundred airmen, their families and civic leaders in one of the base’s hangars.

Dycus assumed responsibility for the approximately 6,500 airmen, dependents and Department of Defense employees at Fairchild immediately after the ceremony.

“It’s been fun, it’s been challenging at times, but mostly it’s been very rewarding,” Bentley said in his outgoing address, in front of two KC-135 Stratotankers. “To the wing, I am sad today, but I am also very happy because you’re getting a great leader.”

The outgoing commander spent much of his outgoing address personally thanking the individuals he worked closest with across the base and expressing his gratitude to the 92nd Air Refueling Wing.

“No one gets tasked more, no one answers the call more, and we always deliver,” he said.

Bentley, who took command at Fairchild on July 1, 2020, also spoke in favor of the base’s resiliency in the face of challenges. His command endured the brunt of the COVID-19 pandemic in 2020 and 2021, as well as an August 2020 brushfire that forced base evacuations, and hazardous air quality that same summer, among other challenges. 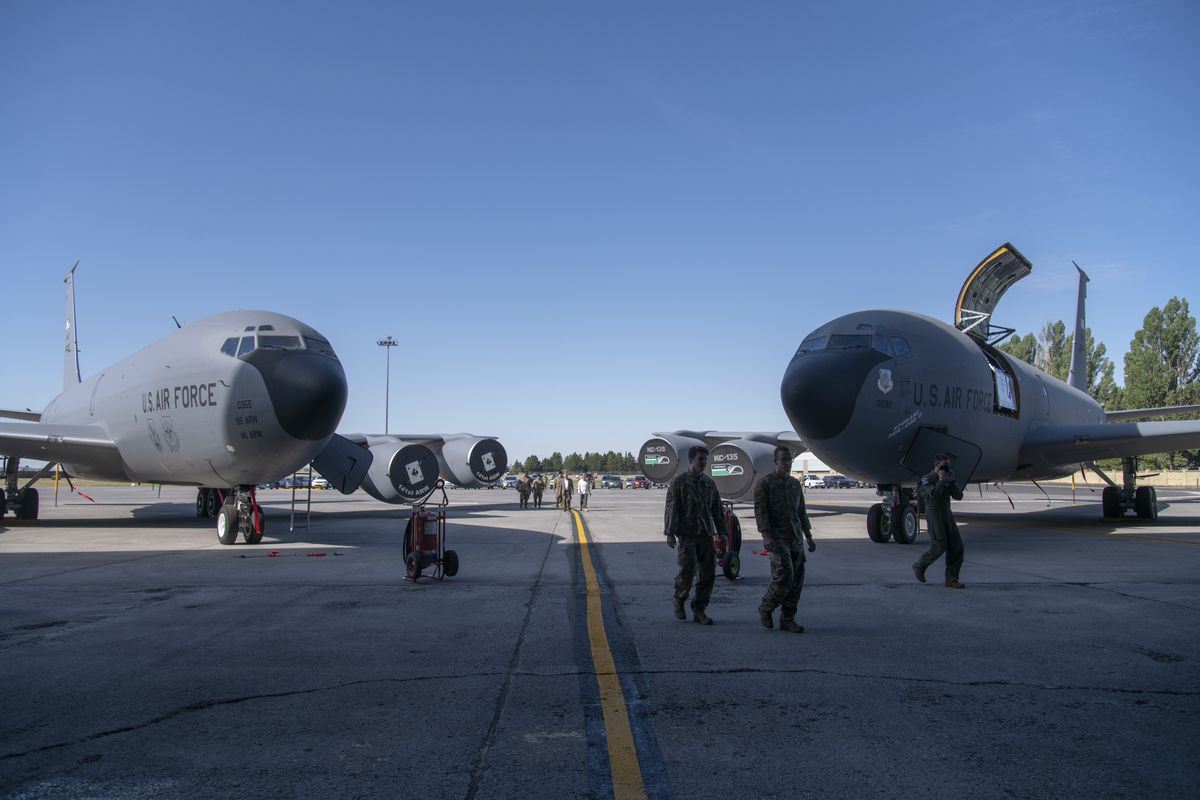 Bentley, who has 24 years in the Air Force, is preparing for his next assignment as deputy director of the Transportation Command at Scott Air Force Base in southern Illinois. Although, he and his family also are looking forward to some downtime, he said.

Incoming commander Col. Dycus was formerly the vice commander of the 22nd Refueling Wing at McConnell Air Force Base in Kansas. Prior to that assignment, he served as a national defense fellow at the Brookings Institution in Washington, D.C., where he provided Air Force and military expertise for U.S. leaders to help implement national security strategies.

Dycus is also a command pilot with more than 3,600 flying hours on the C-5 Galaxy, C-17 Globemaster III, the KC-46A Pegasus and the KC-135 Stratotanker.

In his first address to the airmen at Fairchild as commander, Dycus said he was honored.

“You provide a critical flexibility to defending our nation,” he said. “I will do everything I can to help our mission, our area and our families.”