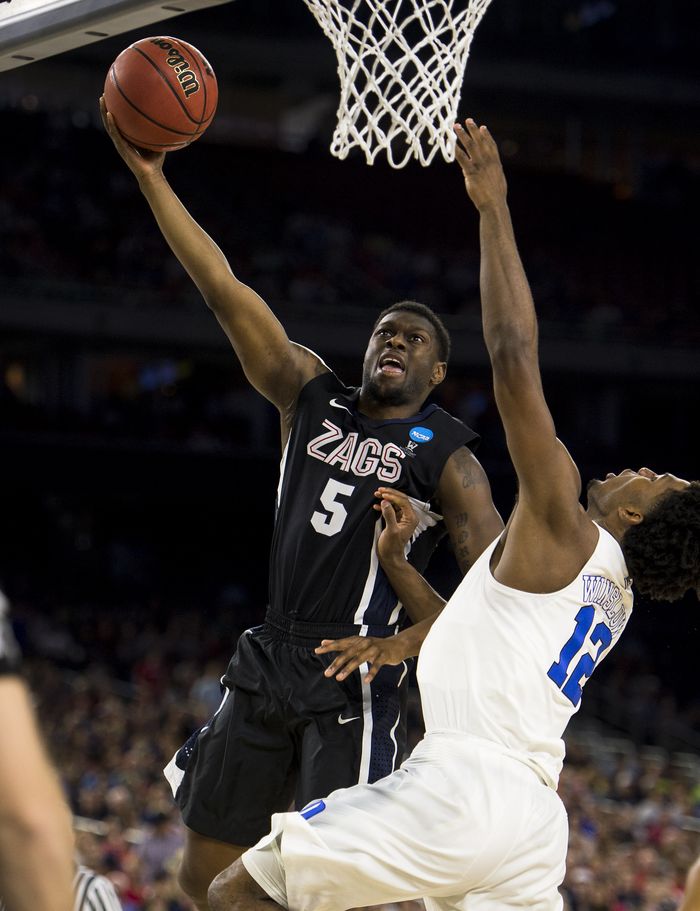 Bio: Bell played all four years at Gonzaga, beginning in the 2011-2012 season under current coach Mark Few. During his last season at GU (2014-2015), Bell helped the Bulldogs get to the Elite Eight for the second time in school history. The Zags lost to Duke 66-52 to end their season they're milestone season. Gonzaga set school records that season with 35 victories and a 22-game winning streak. Bell was awarded the West Coast Conference honorable mention in his sophomore season. He was also named to the WCC All-Freshman team in 2012 after starting 22 games and netting 14 double-digit games, including his season-high 20 points (70 percent from the field, 6-of-9 shooting from 3-point range) in the regular-season finale against Longwood. The Zags made it to the third round in the NCAA Division I Tournament where they fell to Ohio State. Bell scored 18 points in that game, including three 3s, and had a season-high five assists.