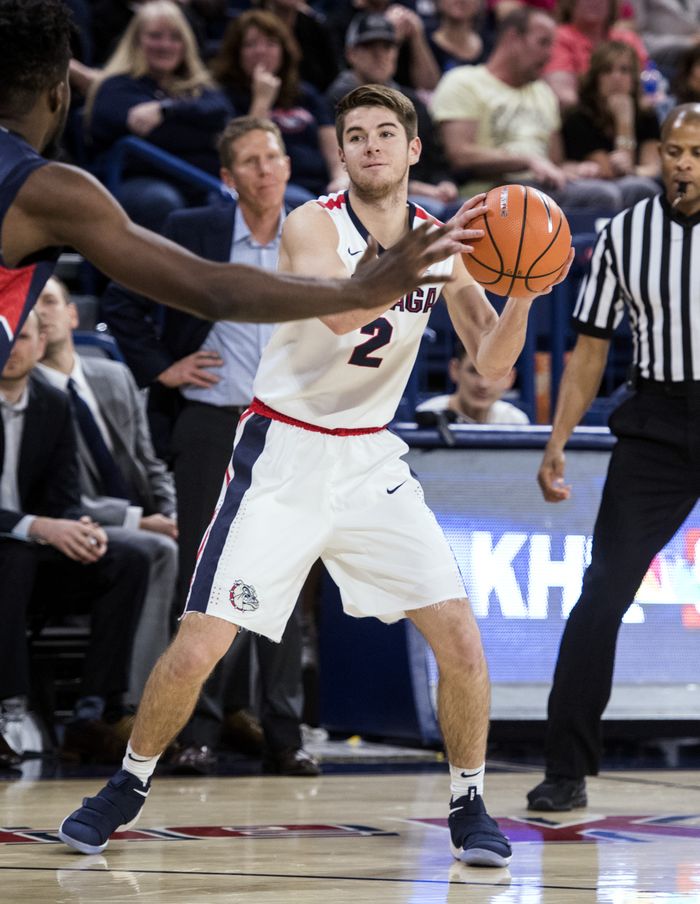 Bio: Fourth season in GU’s program. Averaged 12.1 points and 4.3 rebounds as a senior at Torrey Pines High in San Diego. Team finished 31-4 and was unbeaten in league play. Made 60 3-pointers as a senior and 130 in his career. Named to San Diego Section All-Academic Team. Father played baseball at Gonzaga.
Jr Scouting report: Walk-on guard adds depth at the guard position. Went scoreless in 6 minutes of playing time in Kraziness in the Kennel scrimmage.
So Scouting report: Played 39 minutes in 15 game appearances. Scored season-high two points with a pair of free throws against Portland. Collected four rebounds, three steals and two assists.
So. Scouting report: Redshirted.
Fr. Scouting report: Appeared in 13 games in 2016. Made collegiate debut against Northern Arizona in the season opener. Scored first points against Utah in the second round of the NCAA tournament.

Watching Pac 12 after dark makes me proud to be a Zag.

You know CBB is right around the corner when you start seeing sad Husky Hoop Fan takes on Twitter! Same things said… https://t.co/CgNFWXSPDH

Is there a stat on how many times KCP has hit the side of the backboard this year? Swear it happens every other game, at least.

Feel like I just got done watching Uncut Gems.