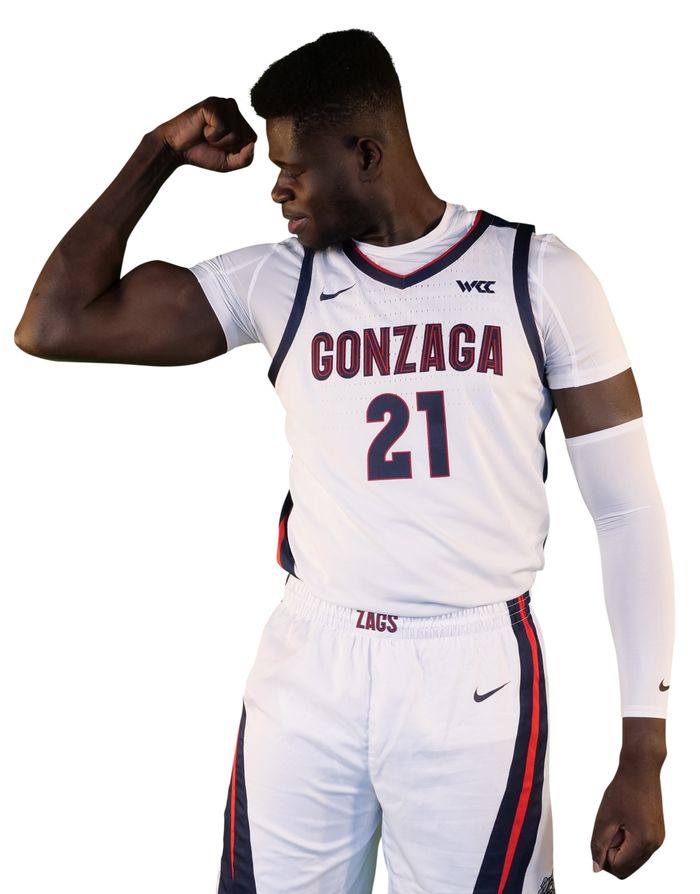 Bio: Name pronounced Ew-mar Ball-oh. Awaiting NCAA decision to determine his eligibility status this season. Considered one of the top international prospects in the 2019 class. Ranked 66th by 247sports. Mali native led his country to second place, nation’s best finish ever at the FIBA U19 World Championships last summer. Scored 15 points and grabbed seven rebounds in title game loss to United States. Led all players in rebounds (11.8) and blocks (3.8). Named to tournament’s All-Star Five. Posted game with 32 points and 32 rebounds in the FIBA U17 World Cup in 2018. Product of the NBA Academy Latin America in Mexico City. One of the youngest players at the Basketball Without Borders Global Camp at the NBA All-Star Game in Charlotte. Participated in Next Generation Showcase during Final Four in Minneapolis. Recruited by Arizona and Baylor.
Fr Scouting report: Ballo’s first season on the court had its ups and downs — his distinct size advantage bolstered smaller lineups, but a broken hand sidelined him for a few weeks in the middle of conference play. He was named WCC Freshman of the Week in January after racking up 17 points in only 12 minutes against Dixie St.
Fr. Scouting report: Redshirted.