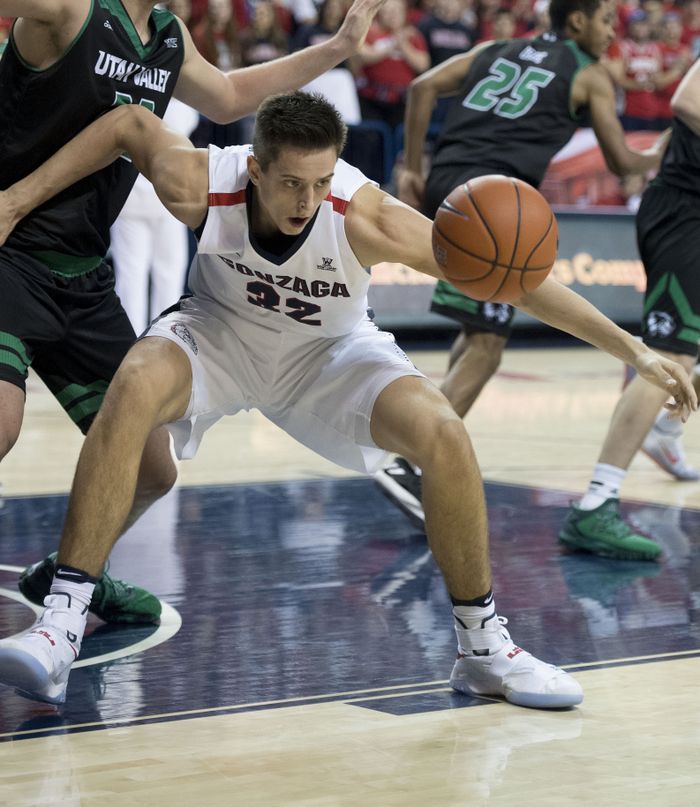 Bio: Collins is one of the highest-rated recruits in program history. Played in McDonald's All-American game. Ranked No. 32 nationally by Rivals.com and No. 57 in the ESPN Top 100. Played on four state championship teams at Bishop Gorman High in Las Vegas. Had more than 30 scholarship offers. Made official visits to Gonzaga, Utah, Cal, New Mexico and San Diego State. Averaged 17.3 points, 14 rebounds, 3.1 assists and 6.4 blocked shots as a senior, earning Nevada Gatorade Player of the Year award. Carried 3.5 grade-point average.
Where they are now: Talented, mobile 7-footer has been important contributor in Gonzaga's frontcourt. Has ability to score inside and outside, and provides rim protection at the defensive end. Accurate shooter from the field and at the free-throw line. Called “quick learner” by coach Mark Few. First in program history to participate in McDonald's All-American game and join the Zags without first playing at another four-year school.