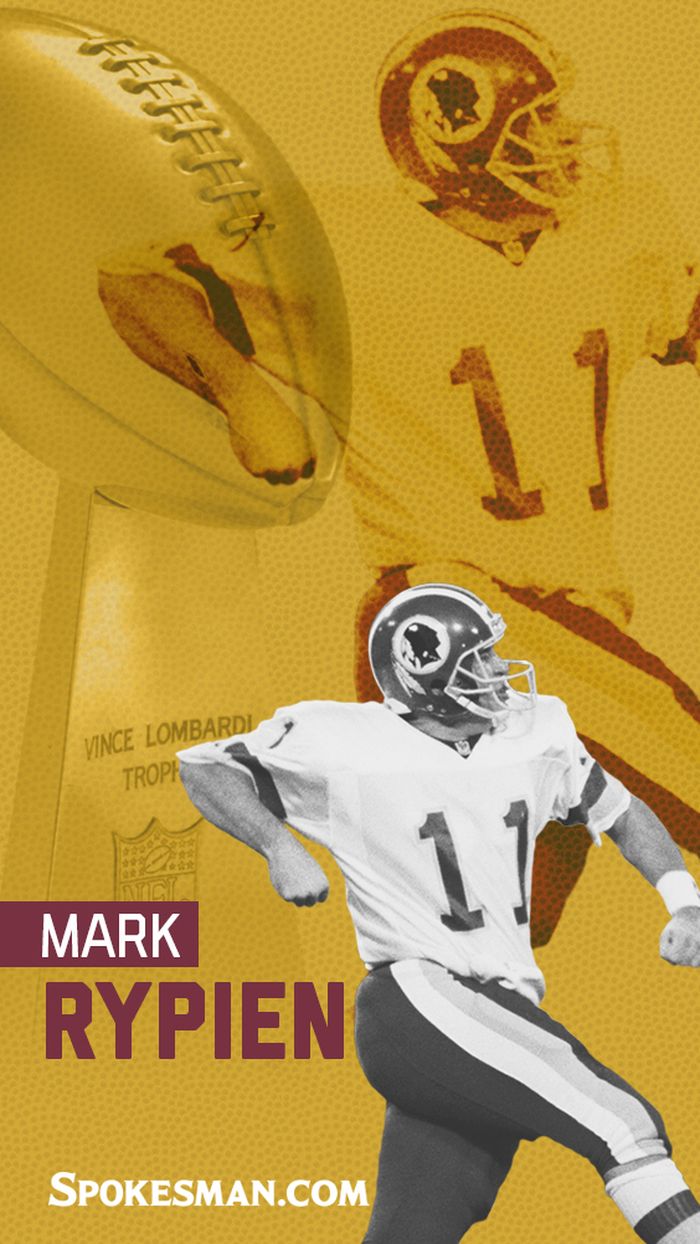 He was named the Most Valuable Player of the game, passing for 292 yards and two touchdowns, leading his team to a 37-24 win over the Buffalo Bills. He was also a member of Washington’s Super Bowl XXII team as a backup.

Rypien played parts of 14 seasons in the NFL. He was a two-time Pro Bowl player, was a second-team All-Pro in 1991 and was voted as a member of the 70 greatest players in DC football history.

He was a star three-sport athlete at Shadle Park and led the Highlanders to the state title in basketball as a senior in 1981. All three of his varsity numbers (football, basketball, and baseball) have been retired by the school.

Rypien played at Washington State and was selected by Washington in the sixth round of the 1986 NFL draft.

Washington State-Boise State is more than a game – for the Rypiens, it’s a family feud

Truth is out: Mark Rypien is on Big Break NFL