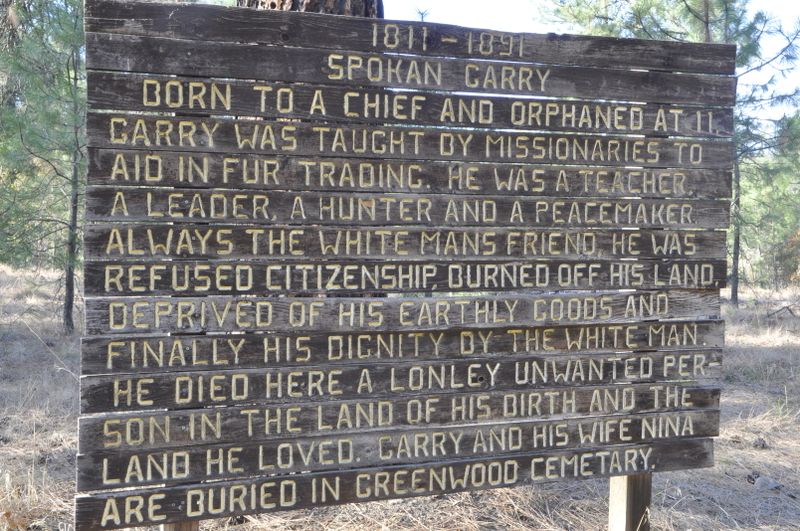 This marker tells a sad story of how Chief Garry was treated late in his life. (Mike Prager)

Directions: Follow an old road grade that goes from behind the Indian Canyon waterfall before turning northward. Follow down a hill about a quarter mile to see this marker.

This marker tells a sad story of how Chief Garry was treated late in his life. (Mike Prager)

Chief Spokan Garry was born in 1811 and educated at a fur trading center in Canada. He returned to his tribe and operated a school at what is now Drumheller Springs Park, the next stop on this tour. He became a victim of theft and was burned off his land, dying at his last dwelling in the Indian Canyon area near a marker along a trail west of downtown, according to this marker.

Directions to the next stop: Chief Spokan Garry School

Destination will be on the right